For a second there, it really looked like the Golden Globes were going to be a thing of the past. The embattled awards institution created by the Hollywood Foreign Press Association has struggled to maintain its gilded stature lately, but The Hollywood Reporter broke last night that the Golden Globes would be returning to NBC in 2023. The HFPA is getting away with a slap on the wrist for its shortcomings — which are numerous — but the Globes’ survival after a tumultuous year begs the question: do we really need the Golden Globes?

The obvious answer is no — no award show is ever actually necessary. But the Globes push the boundary of frivolity like no other Hollywood awards show. It’s one of the few events in show business where all of our favorite film and TV stars unite in one room, mingling and drinking and bumping into each other; it’s Hollywood’s biggest party, compressed and broadcast onto your screen.

While the Oscars and the Emmys may seem to emphasize pomp and circumstance, the Globes have always maximized the entertainment part of the entertainment industry. They’ve raised eyebrows of awards pundits with nominations that seemed to prioritize star power over quality. When it came out that more than 30 of the HFPA’s 87 members were flown to Paris to visit the set of Emily in Paris and stay at five-star hotel, only for the first season to receive multiple nominations over other, more poignant shows, it seemed like the transactional nature of the Globes would finally consume its glitzy image for the masses. Publicists have long bristled at dealing out awards to major stars for rubbing elbows with members of the HFPA, some of whom aren’t press at all and many of whom work for outlets that can be called minor at best, but they do it because the nominations and awards themselves have PR value. The ceremony’s nonsense voting is practically an open secret in Hollywood already, so the audience souring on the show would be the last nail in the coffin — if not for the many other nails that the HFPA had left exposed.

In February of 2021, the L.A. Times published a massive report on the group’s shady dealings, detailing many “ethical lapses.” While a non-profit organization that, on paper, supported the arts and journalism, the HFPA regularly provided some of its members with big paydays after a massive spike in payments from NBC for the Globes’ broadcasting (the HFPA brought in $27.4 million in the 2020 fiscal year, compared to $3.64 million in 2016; almost $2 million of that cash influx went directly to member payments). The Times also looked into the members of the HFPA and how murky the title of “Hollywood Foreign Press Association” actually is. In the midst of on an ongoing reckoning in Hollywood — and its awards shows — over representation and diversity, the most damning thing the article brought to light was that the HFPA lacked any Black members.

What followed was one of the messiest clean-up campaigns Hollywood has ever seen. The HFPA hired several diversity advisors and vowed to add 13 Black members to its ranks. However, those band-aids were no match for the bad press of HFPA’s former president Philip Berk calling Black Lives Matter a “racist hate movement” in an email to members in April 2021. Days after the tirade leaked, the HFPA’s crisis communications firm quit, as did their diversity consultant, and Golden Globes producer Dick Clark Productions and broadcaster NBC released statements condemning the HFPA. A plan for diversity reform was enacted by the organization in early May, but it was too little, too late; Netflix had announced a boycott of the Globes, followed by big stars like Scarlett Johansson and Tom Cruise and other companies like Amazon Studios and WarnerMedia. It seemed fairly inevitable when NBC announced it would drop the awards show for the next year, expressing hope that the HFPA would be able to enact its stated reforms in time for a 2023 ceremony.

With yesterday’s report, it may seem like the Globes and the HFPA are a rare example of positive change in Hollywood. Why else would the show get back on air?

There have been some reforms. Members are banned from accepting gifts, and six of 21 new members are Black. The most striking changes, however, follow the money: Todd Boehly was named interim CEO of the HFPA in 2021. Boehly is an investor in sports and entertainment — his Eldridge Industries owns pieces of the Dodgers and the Lakers and helped finance the massive purchase of Bruce Springsteen’s recorded music and songwriting catalog by Sony Music Group, a deal estimated to be bigger than $500 million. In the last few months Eldridge bought the HFPA and assumed ownership Dick Clark Productions, which produces the Golden Globes. When the Globes return to NBC next year, a money machine goes back into operation, and that money goes back to Eldridge in several different ways. How many? Eldridge also has a stake (through another company) in the Beverly Hilton, the hotel that hosts the Globes.

While the 2023 ceremony is still several months away (on a Tuesday in January, no less!), recent history tells us that the HFPA clearly loves a last minute shake-up; stay tuned for the inevitable drama that the Golden Globes will bring, because it might just be better entertainment than the show itself. 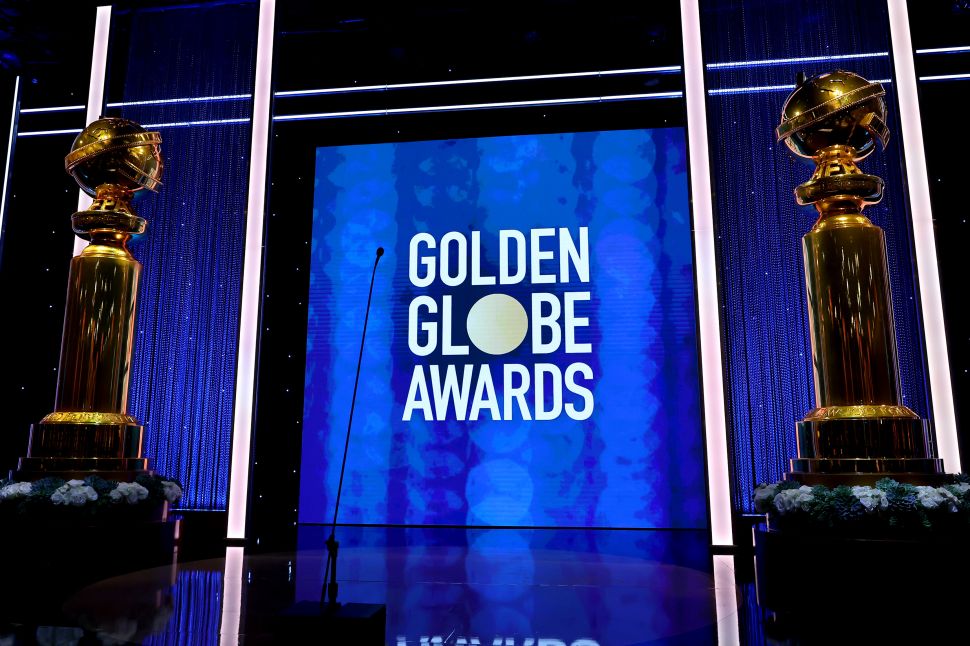