TikTok is a new source of reality-television-like content and nothing makes that clearer than the attention paid to the University of Alabama’s sorority recruitment process.

Sorority recruitment, called “rush,” happens at U.S. colleges each August, and in 2021, some women rushing at the University of Alabama posted on TikTok their #OOTDs, or outfits of the day. What began as videos showing off their clothes became video journals of their experiences through each round of recruitment. In the comfort of their dorm rooms, they shared the thrill of getting invited back to their favorite sorority houses and the disappointment of being dropped by them. TikTok users ate it up.

This year, Alabama rush-tok returned with a vengeance, with new characters, new plotlines, and new clothes. The ratings are in and Alabama rush on TikTok now rivals major reality television shows like Keeping up with the Kardashians in viewership.

On TikTok, success takes the form of likes and views, where one user can contribute one “like” per video and unlimited “views” based on how many times they watch a video. The Observer tracked five women with the most engagement—Kylan Darnell, Grant Sikes, Gracyn Edmondson, Madison Towner, and Lizzie (whose account doesn’t reveal her last name). Between Aug. 6, the first day of recruitment, and Aug. 14, when women received their offers to join a sorority, these creators produced 75 TikTok videos related to their recruitment, garnering 110 million views and 7.6 million likes. The most watched video received 4.9 million views and 326,000 likes at the time of this writing.

Rivaling Keeping up with the Kardashians in popularity

One of the most watched episodes of Keeping up with the Kardashians, part one of Kim Kardashian’s 2011 wedding to pro basketball player Kris Humphries, attracted 4.4 million viewers. Season 16’s finale, one of the more highly viewed episodes at the end of the series, was seen by 2.4 million viewers, with most episodes in the final seasons falling below 1 million viewers. Hulu has not released viewership statistics for the show’s successor, The Kardashians, which premiered in April. TikTok and television viewership aren’t a one-to-one comparison because of differences in how each is tracked and the length of the videos but nonetheless, the Alabama rush phenomenon has still found a clear place in the rankings of reality content.

Given its popularity, it was perhaps inevitable that TV producers would take notice, and Vice and HBO are reportedly producing a documentary about Alabama’s Rush.

Pamela Vetrini, whose rush-tok commentary videos on TikTok went viral, said outsiders fall in love with the women rushing because they want it so badly. “It’s like peaking into a secret society,” she said, while also acknowledging that onlookers hold a certain skepticism due to systemic issues like elitism and white privilege surrounding these sororities.

Ellie Erhart, a queer woman living in Boston who did not go through sorority recruitment, said she enjoyed watching because it’s a window into a lifestyle that isn’t her own. She said the exaggerated femininity these women express through their clothing reminded her of drag culture—something she said felt familiar.

The phenomenon is not going away, Vetrini said. See you back next year for Season 3. 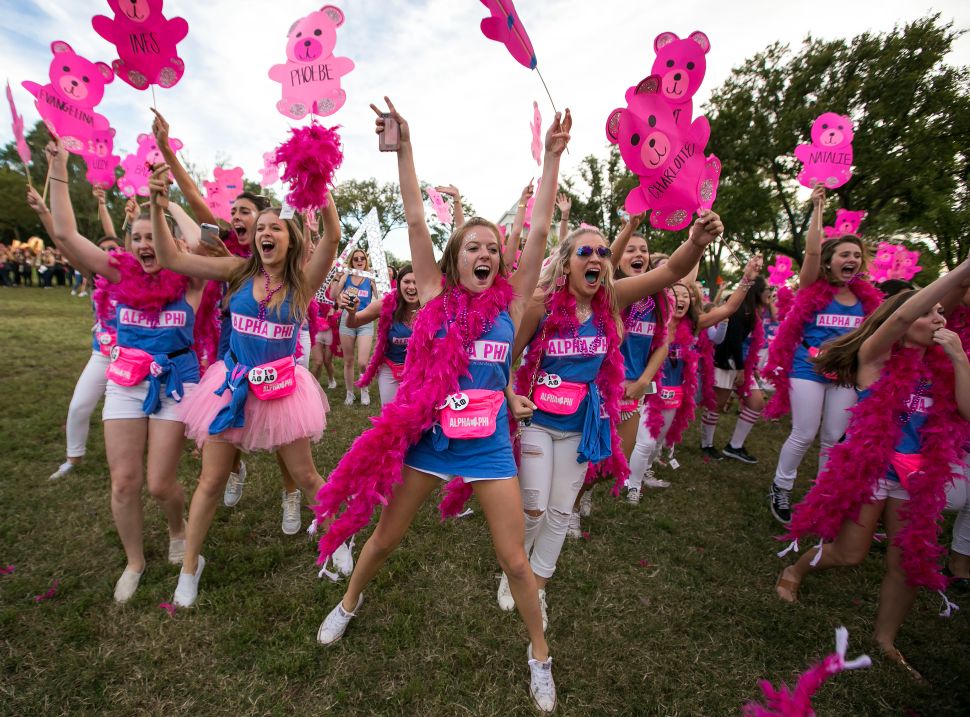