A movie premiering in the East Village is taking the desperation of New Yorkers amid the city’s heat wave to new heights. In an unusual marketing move from New Jersey-based air conditioning company Midea America, an hour-and-a-half-long film playing at Village East by Angelika today (Aug. 17) will consist of a single shot of an AC unit in an apartment.

“That’s it. That’s the entire 90 minutes,” reads the film’s press release. Moviegoers will also be treated to a continual blast of AC and free snacks as they sit in the theater.

“When it’s a hard summer, you walk into any store — whether it’s a CVS or a clothing store — just to feel the AC,” said PJ Pereira, co-founder of Pereira & O’Dell, the advertising company behind the movie. He said the idea for the marketing video came about three weeks ago, when he and other New Yorkers were enduring brutal temperatures in the city.

Pereira’s plan is to attract residents in the East Village going about their day, who just want a chance to cool off.

“Viewers can just get dry and get their body temperature to a reasonable place, check their emails, make a couple phone calls if they want,” said Pereira. “It’s the same shot for 90 minutes. Nothing else happens.”

Entry is free and the movie will be shown at 11 am and 3 pm. 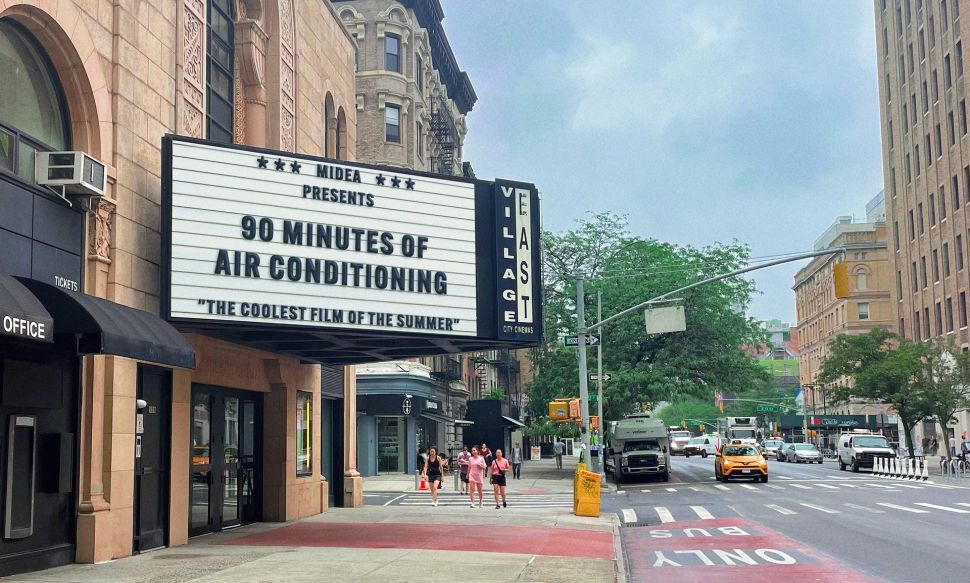