Dark comedies, documentaries, and medical dramas are what lines the aisles of this week’s streaming selections. Whether you want to turn your brain off and have a little fun or watch something that really makes you sit and think, there are plenty of options for both.

If the words “vampire action comedy” don’t pique your interest at least a little bit, then Day Shift is not for you. This genre-bending new movie stars Jamie Foxx as a pool cleaner by day, vampire hunter by night who must earn his way back into the vampire hunting union of the L.A. area to provide for his daughter. Along for the ride is Dave Franco (a welcome addition to any movie) as a semi-unwilling participant in the hunt, as well as Snoop Dogg as a vampire hunter bigwig. Day Shift premieres Friday, August 12th.

On the Count of Three

Comedian Jerrod Carmichael has already had quite a year, between his SNL appearance and Bo Burnham-directed stand-up special Rothaniel. Mix in the recently released On the Count of Three, and it’s a full artistic breakthrough. This Sundance tragicomedy starts with a suicide pact between two lifelong friends, each driven to the end of their ropes by family troubles, past traumas, and a general sense of unending melancholy. Somehow, though, it progresses with sharp, dark comedy and a smart look at mental health in America. It’s an unlikely mix, but Carmichael’s directorial debut makes magic. On the Count of Three premieres on streaming Wednesday, August 17th.

Though the big-budget comedy is not nearly the powerhouse it once was in the film industry, a few come along every year that make the case for the genre’s longevity. The Lost City, with it’s a-list stars, screwball set pieces, and classic caper plot, is one such film. The movie follows a romance novelist (Sandra Bullock) and her main cover model (Channing Tatum) as they try to escape the dealings of an evil billionaire (Daniel Radcliffe), who believes Bullock’s author knows the location of a secret treasure trove on a mysterious island she wrote about. The Lost City premiered on streaming earlier this week.

A League of Their Own

Reboots and reimaginings are plentiful these days, but few have as much heart and talent behind them as A League of Their Own. Co-created by and starring Broad City’s Abbi Jacobson, this updated version of the ‘90s film takes a wider look at what it was like to be a woman in baseball in WWII-era America. Though this version may not have Geena Davis or Madonna, it does boast D’Arcy Carden and a slew of talented actresses from Broadway, the indie scene, and stand-up. With these all-stars at bat, the show certainly feels like a home run. A League of Their Own premieres Friday, August 12th.

Between a questionable musical and an intense, artful film, the late Princess Diana is in the midst of a pop culture resurgence. Though retrospect has made us more sympathetic towards her as an object of fascination in the media, it certainly hasn’t stopped us from looking. This tension is at the heart of The Princess, a new documentary that focuses on that relentless attention. The film relies exclusively on archival audio and footage to recreate the atmosphere of obsession around Diana’s public image, employing the endless news broadcasts on the Princess of Wales to provide a new angle on her life story. The Princess premieres Saturday, August 13th.

From the writers behind shows like Lost and American Crime comes a gripping new miniseries based on the true story of what happened at a New Orleans hospital in the immediate aftermath of Hurricane Katrina. Five Days at Memorial depicts how the weather disaster left thousands stuck in the hospital without power, creating a medical crisis that brought on its own ethical conundrums. The show stars Vera Farmiga as Dr. Anna Pou, one of the professionals in the hospital who came under fire after several patients died. Five Days at Memorial premieres Friday, August 12th. 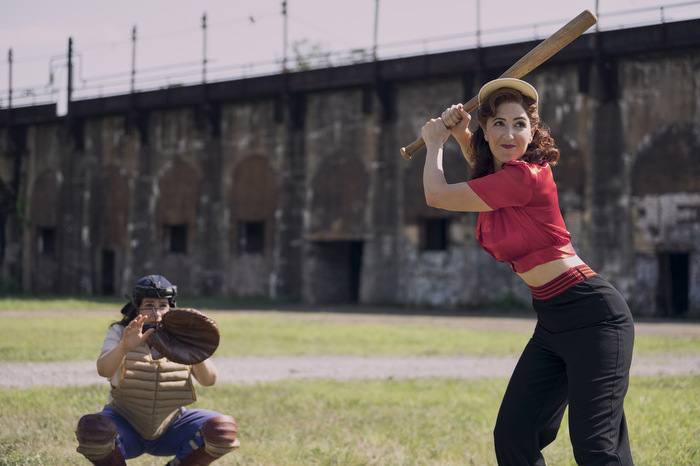