It’s a week dominated by big names and even bigger brands when it comes new titles across streaming platforms. Disney and Marvel are bringing in a literal heavy hitter in the form of She-Hulk; not to be outdone, HBO is releasing its long-awaited Game of Thrones prequel. There are, of course, many other, smaller-scale movies and shows to watch, but this is a week for -cooler TV.

Michelle Monaghan pulls double duty in Echoes, a new dramatic thriller: she plays both Leni and Gina, identical twins who share far more than DNA. The two sisters have spent years swapping lives, husbands, and homes, but their secret double lives begin to crumble when one of the twins go missing. As the investigation goes on, the body count goes up, along with the likelihood that someone else is in on the sisters’ secrets. The miniseries also features Matt Bomer, Ali Stroker, and Karen Robinson. Echoes premieres on Friday, August 19th.

Though indie powerhouse A24 may have its greatest TV treasure trove in Euphoria, the studio continues to mine for gold with its new comedy, Mo. Co-created by Ramy’s Ramy Youssef and comedian Mohammed Amer, the series reimagines Amer’s life in the United States as a member of a Palestinian refugee family. Between differences in language, the culture shock of uprooting a family and moving to Texas, and the dizzying process of requesting and maintaining asylum in the US, Mo’s character has more than enough on his plate to fuel the eight-episode series. Mo premieres on Wednesday, August 24th.

Between Pam & Tommy and The Dropout, Hulu has been happy to dip its toes into television about controversial people, and Mike is no exception. The team behind I, Tonya gives Mike Tyson’s life story the same kind of treatment, paying as much attention to the infamous boxer as his media image. Class, race, and gender all factor into Tyson’s legacy, from his early life in Brooklyn living under his boxing manager and trainer (played by Harvey Keitel in the show) to his sex offender status. Moonlight’s Trevante Rhodes stars as Tyson in what is sure to be a complex performance. Mike premieres Thursday, August 25th.

Kevin Can F**k Himself

Blending TV sitcom style with a darkly funny take on female empowerment, Kevin Can F**k Himself mixes genres with purpose and panache. Starring Schitt’s Creek’s Annie Murphy (who seems to thrive in shows with expletive-laden titles), this series follows Allison, a woman who’s struggling in her marriage with manchild Kevin. When she’s with him, they’re in front of a live(ish) studio audience, complete with a multi-camera setup and canned laughter; when she’s not, there are no laughs and things are more real(ish). It’s a twist on every sitcom to ever situate the wife at home without a personality outside of playfully scolding her husband. Kevin Can F**k Himself will be available to stream as part of a promotion with AMC+ until the end of the month.

House of the Dragon

It’s been over a decade since the very first episode of Game of Thrones was released and watched by millions, and though it’s only been a few years since our screens were graced with dragons, fantastical wars, and platinum blonde wigs, viewers have been itching for another blockbuster series. Luckily, the first of many rumored successors to HBO’s biggest series ever premieres this week, with House of the Dragon shining a light on the torrid House Targaryen. The show will focus on the beginning of the end of the draconian dynasty, featuring the likes of Matt Smith, Paddy Considine, and Olivia Cooke. House of the Dragon premieres Sunday, August 21st.

If you’re in the mood for a slightly off-kilter Irish murder mystery, then Bad Sisters should make for the perfect watch. From actress Sharon Horgan, the series follows in a similar vein to her other television hits like Catastrophe and Divorce, centering on complicated, comical women. In this case, it’s five women, as Bad Sisters tells the story of the Garvey sisters and the untimely death of one of their husbands. Curiously, each sister does seem to have the motive and the means to be a culprit, but there’s more to this mystery than meets the eye. Bad Sisters premieres Friday, August 19th.

A 6-foot-7-inch green woman, a legal dramedy, and Jameela Jamil — oh my! Marvel’s newest streaming show offers up one of the franchise’s more creative premises: Tatiana Maslany stars as Jennifer Walters, a single, thirty-something lawyer who just so happens to turn into the massive She-Hulk after she gets cross-contaminated with cousin Bruce Banner’s (Mark Ruffalo) blood. She-Hulk is reluctant to embrace her powers at best, wanting to remain a mild-mannered lawyer. The show also features Renée Elise Goldsberry, Tim Roth, Benedict Wong, and the return of Charlie Cox as Daredevil. The first episode of She-Hulk: Attorney at Law premiered Thursday, August 18th, with new episodes out weekly. 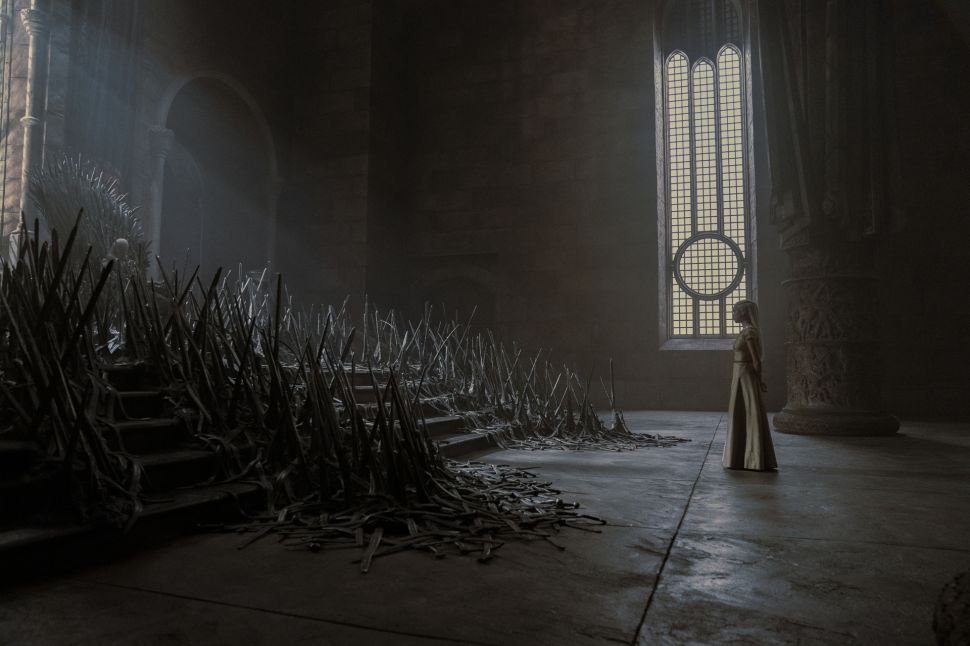