This is a week that raises hell, from an insane cross-country buddy comedy to a new show about the teenage Antichrist. There’s also plenty of drama, between a new legal series and a fascinating thriller that turns therapy on its head. It’s a great mix of content, and there’s something to watch no matter what mood you find yourself in.

Everyone loves some “me time,” but Me Time really pushes the boundaries of what a self-care week can look like. This new comedy stars Kevin Hart as a stay-at-home father who decides to reconnect with an old friend played by Mark Wahlberg. Naturally, the reunion turns into a week-long birthday celebration for Wahlberg’s party-animal Huck, one that takes the pals cross country. Wild animal fights, Burning Man-esque ragers and skydiving in the Grand Canyon are just some of the escapades these two get into—willingly or not. Me Time premieres Friday, August 26th.

Between lawyers and love triangles, Partner Track has it all. This new series stars Arden Cho as Ingrid Yun, a first-generation Korean-American woman and a promising young lawyer at a prestigious law firm. Partner Track sees Ingrid and her coworkers duke it out for the coveted junior partner status, though Ingrid must decide whether her morals and family expectations match up with this potential success. Naturally, her love life is eating up plenty of time as well: she’s stuck between British hottie-slash-colleague Jeff and high-society Nick, and who could blame her? Partner Track premieres Friday, August 26th.

This new animated series dares to ask life’s hardest questions: what’s it like to be a teenage girl stuck in the middle of a nasty custody battle? How do you handle your single mom’s strict rules? And, most importantly, how the hell are you supposed to deal with your dad being the devil? Little Demon aims to answer all this and more, centering on the turbulent life of Chrissy; she learns that her estranged father (Danny DeVito) is literally Satan, meaning that she’s the Antichrist. While Chrissy’s father encourages her soul-sucking powers, her mother (Aubrey Plaza) insists on keeping her off the highway to hell. Devilish hijinks ensue. Little Demon premieres Friday, August 26th.

From the team behind The Americans comes a gripping new psychological thriller series. The Patient stars Steve Carell as a therapist dealing with the recent death of his wife and the ever-widening gap between him and his son; he’s also dealing with being kidnapped by a former patient (played by Domhnall Gleeson) who thinks that some more one-on-one time with his shrink will help curb his bad habit of strangling people. Though the premise may sound a pulpy, the show promises to be a compelling drama that hones in on its characters’ complexities rather than crime-drama cliches. The Patient premieres Tuesday, August 30th.

Sylvester Stallone stars in Samaritan, a subversive superhero movie. The film sees Stallone play the Joe Smith, a recluse who finds himself hounded by a young neighbor convinced that he’s actually Samaritan, a local hero with super strength who many believed to be dead for over two decades. Stallone’s character must decide between his own fate and that of his city as both come close to falling apart. This cross between Unbreakable and Shazam! looks to be an intriguing spin on the superhero canon. Samaritan premieres Friday, August 26th.

For an offbeat pick to round out your streaming week, give Kajillionaire a try. This indie movie—written and directed by Miranda July—embraces the oddity of the twisted Dyne family. Led by patriarch Robert (Richard Jenkins), the Dynes are con artists who get by through stealing and lying. Many of the cons are placed on the shoulders of Old Dolio (Evan Rachel Wood), an only child and rather stunted adult woman. When Old Dolio starts to feel unsatisfied and uncertain about her parents’ exploits, especially as they become enamored with crook-convert Melanie (Gina Rodriguez), she must try to figure things out on her own in this absurdist tale of love, loss, and self-discovery. Kajillionaire streams until Wednesday, August 31st. 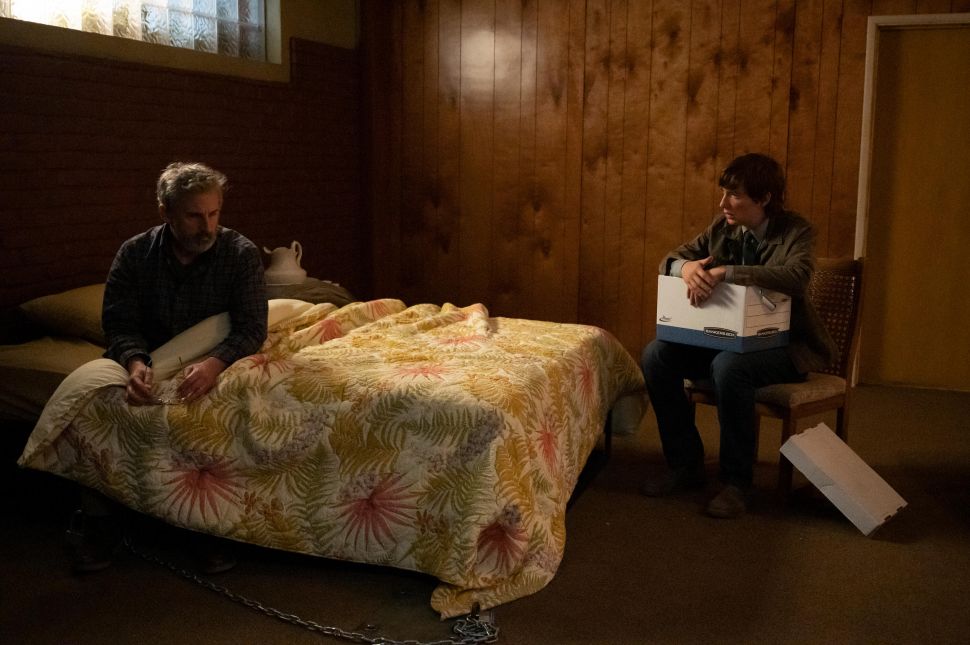