Movies from the past decade make up the bulk of interesting items leaving streaming this month, with studio hits and indie gems alike taking a step away at the end of August. For fans of horror, crime dramas, and unorthodox love stories, there’s plenty to fit into your streaming schedule before the month ends.

James Wan solidified his hold over the horror genre with The Conjuring, a vintage ghost story that may just ruin the concept of a basement for any and all viewers. The massive horror hit stars Vera Farmiga and Patrick Wilson as real-life paranormal investigators Lorraine and Ed Warren as they get to the bottom of a family’s haunted house. The movie is a far-cry from the jump scare horror fare that’s become typical lately, instead placing focus on creating a skin-crawlingly creepy atmosphere around the Warrens and their work. The Conjuring streams until Sunday, August 21st.

Though Taylor Sheridan has arguably found his greatest success with streaming hit Yellowstone, films like Wind River are what brought him to his current neo-Western gold mine. Starring Elizabeth Olsen and Jeremy Renner as federal agents, the movie centers on a case concerning a murdered Native American girl in a remote part of a Wyoming reservation. It’s an impressive thriller with a smart, sympathetic social conscience, and it adds some much-needed cultural nuance to the idea of modern Westerns. Wind River will be available to stream until Sunday, August 28th.

Filmmaker Guillermo del Toro is nothing if not imaginative, and his Best Picture-winning The Shape of is no exception. The film is set in Cold War-era Baltimore, and Sally Hawkins stars as Elisa, a mute woman who works as a janitor at a secret government lab. There, she happens upon a monstrous amphibian man, and a fantastical romance blossoms between the two. It’s a curious and captivating piece, one that also features knock-out performances from Michael Shannon, Octavia Spencer, and Richard Jenkins. The Shape of will be available to stream until Sunday, August 14th.

A specific and spellbinding movie about an unlikely subject, Disobedience tells the story of two women whose love is limited by their strict Orthodox Jewish community. Directed by Chilean filmmaker Sebastián Lelio, the film was largely overshadowed by the director’s other queer film (the Oscar-winning A Fantastic Woman) released the same year. However, that’s hardly a mark against the movie’s quality; Rachel McAdams and Rachel Weisz turn in two painfully poignant performances as the forbidden lovers Esti and Ronit, and the cultural complexities of their relationship make for a fascinating story. Disobedience streams until Thursday, August 25th.

Get your marathoning in before the end of the month, because all eight movies of the Harry Potter franchise are apparating away. From The Sorcerer’s Stone to The Deathly Hallows, the films offer nostalgic charm and as well as a fantastically executed series. There is certainly some magic to watching stars like Daniel Radcliffe and Emma Watson grow up while the movies mature around them, making the franchise one that no person could ever truly grow out of. Everyone has a favorite Harry Potter movie, so be sure to catch yours before it departs. All eight Harry Potter movies stream until the end of the month.

This departing classic from auteur Sidney Lumet stars Al Pacino as a first-time bank robber whose hold-up that quickly snowballs into a hostage situation, leading to a deluge of law enforcement and media attention. The film turns a heist gone wrong into a reflection on American culture and its many failings circa 1970, and plenty of its themes remain relevant almost 50 years later. Dog Day Afternoon leaves streaming at the end of the month. 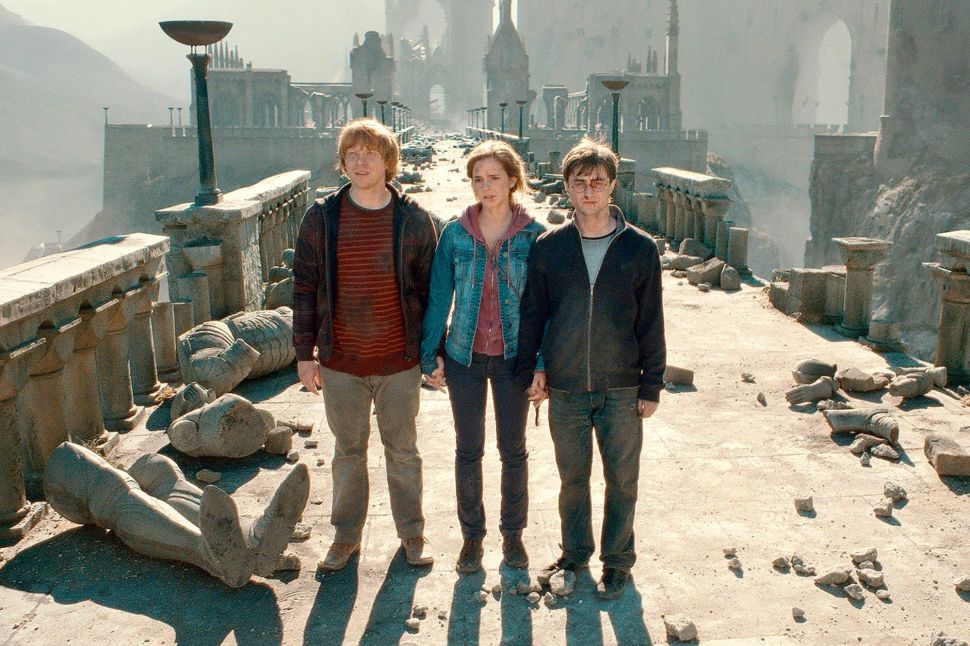