On this day in 2004, Chicago history was made. No, nothing involving politics, sports, or deep-dish pizza, but something much more — for want of a better word — dense: The Dave Matthews Band Tour Bus Incident.

The incident in question? A DMB tour bus, while crossing the Kinzie Street Bridge in Chicago, dumped 800 pounds of waste from the bus’s septic tank, which fell on the passenger sightseeing boat Chicago’s Little Lady in the Chicago River below. Roughly two-thirds of the 120 passengers on board were soaked. It trends every year on social media because it’s gross, it’s funny, and no passengers suffered any long-lasting physical health effects, so it’s okay to laugh at it the same way you’d laugh at an episode of Jackass.

How soon will it go away?
Well, presumably by the end of the day. The cleanup from the actual dumping of the waste probably took a couple of days.

Who stands to benefit?
Well, certainly not any of the passengers on Chicago’s Little Lady. Nor Dave Matthews, his band, or the driver of the bus, Stefan Wohl, who later pleaded guilty to the dumping. Chicago Police initially couldn’t figure out who did the dumping, resulting in the then Mayor of Chicago Richard M. Daley holding a press conference, in which he released a videotape used as evidence that the DMB tour bus did the crime. Daley said that the dumping was “absolutely unacceptable,” but also said the Dave Matthews Band was “a very good band.” Wohl later paid a fine of $10,000 to Friends of the Chicago River, with the Dave Matthews Band donating an additional $50,000 to Friends of the Chicago River, as well as $50,000 to the Chicago Park District, and paying the State of Illinois $200,000 as a settlement. So those organizations benefitted.

What’s the misinformation quotient?
At this point: shockingly little! This happened as told! Though there was some in at the time: DMB’s tour manager initially said all the band’s buses were parked, but it turned out the one driver fibbed.

Do I really want to know more?
Your mileage may vary on that one. There are some detailed descriptions of the waste itself on the incident’s Wikipedia Page (of course it has a page), along with a spirited interview of a woman whose car was in front of the bus in the Chicago Tribune. Click at your own risk. You can’t say we didn’t warn you.

Is this bad for humanity?
Humanity? No. Your stomach? Maybe. The people on the boat that day? Definitely. 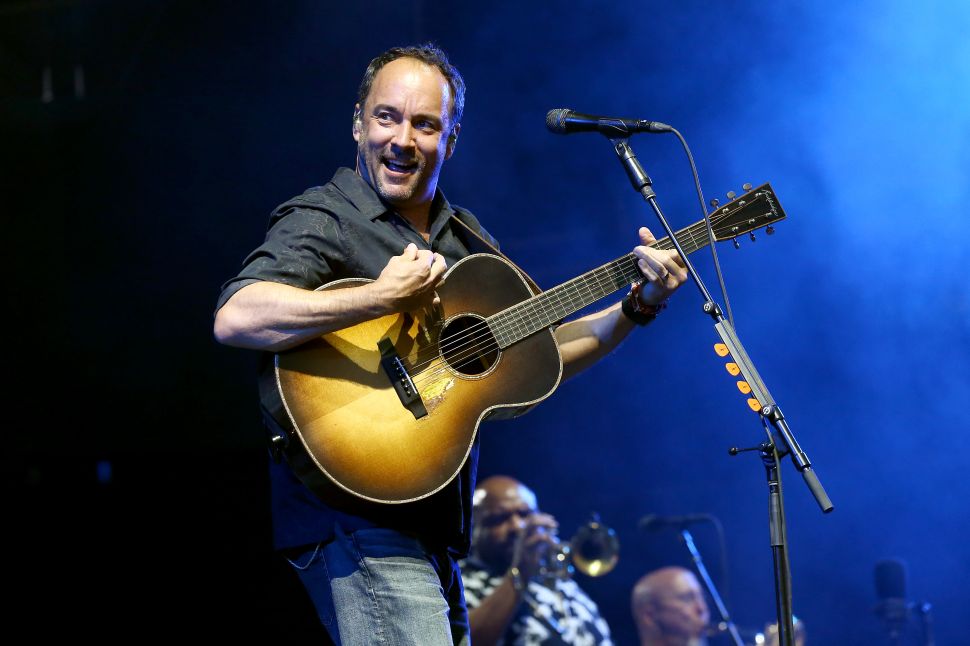