In 1980, there were no women in any of the 1,000 top executive positions at Fortune 100 companies. Today, women hold 27 percent of these top leadership positions, and they’re getting there faster than men, according to new research published today (Aug. 31) in the MIT Sloan Management Review.

But while women have made remarkable progress over the past 40 years, they still struggle to ascend to the highest echelons of corporate power, according to the research. After being promoted to senior positions, many remain in support roles, and few advance to top executive jobs such as CEO, COO, or president. The findings suggest that while diversity initiatives have brought more women into corporate leadership positions, they fall short in helping them advance to the very top.

The study, which was conducted by professors at Madrid’s IE Business School and the University of Pennsylvania’s Wharton School, looked at the career histories and demographics of executives in the 10 highest ranking jobs at Fortune 100 companies dating back to 1980.

Starting in 2001 gender diversity among executives increased significantly, and over the past twenty years women have typically advanced to top-tier positions two to four years faster than men. This trend can be partly explained by the fact women who advance simply appear to be more qualified, according to the researchers, but also likely “reflects pressure from stakeholders to diversify leadership.”

In recent years institutional investors have placed pressure on companies to diversify their boards—BlackRock, for example, said in 2018 that companies in which it invests should have at least two female directors, while Goldman Sachs said in 2020 it won’t take a company public if there isn’t one “diverse” member on its board.

The push for diversity is reflected in the demographics of today’s Fortune 100 companies, as women hold more than a quarter of top jobs. Among companies listed in the Fortune 100 consistently since 1980, the share of women in top executive jobs grew from 7.1 percent to 26.1 percent in 2011, with significant gains at companies including Pepsico and Lockheed Martin, where women accounted for half of top executives that year, as well as Coca-Cola, General Electric, and IBM, where they accounted for 40 percent.

But those gains didn’t hold—as of last year the share of women in top executive positions at these older companies had fallen to 23.7 percent. Few firms maintained the gender diversity gains they made in 2011, the researchers noted, though General Motors is an outlier as the only older firm where ranks of women executives have been “substantial and increased continually.”

What’s more, most women who are promoted to executive positions remain in support roles, and few make it to the C-suite. Last year the share of women in top leadership positions who are presidents, CEOs, or COOs of Fortune 100 companies remained largely unchanged from 2001, and even ticked down slightly, from seven percent to six percent. Four out of five general management roles—considered “feeders” for top jobs—were held by men. The researchers write companies would do well to promote more women to feeder roles in order to ensure female executives have a better shot at advancing to the top. 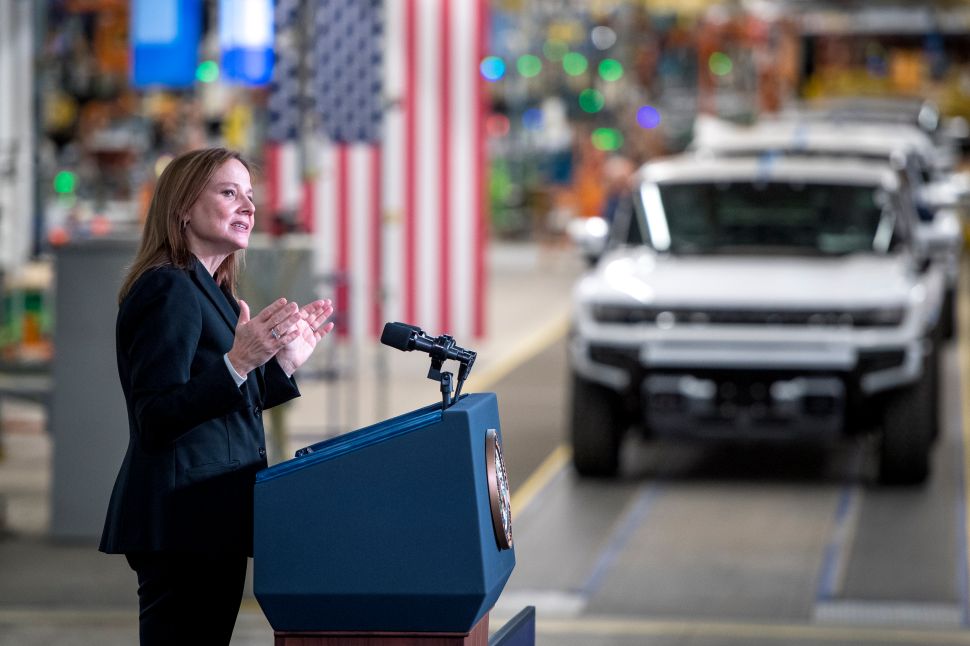