After its theft in 1985, a Willem de Kooning painting is finally returning home to an Arizona museum.

Valued at $100 million, the 1955 oil painting was stolen 37 years ago by a couple authorities believe to be Jerry and Rita Alter, a pair of former New York school teachers, in a 15-minute heist at the University of Arizona Museum of Art. Rita Alter allegedly distracted the security guard while Jerry Alter cut the de Kooning out of its frame in broad daylight.

The painting, titled Woman-Ochre, came into the hands of a New Mexico gallery called Manzanita Ridge Furniture and Antiques in 2017 when the gallery purchased the Alter estate for $2,000.

When the painting was put on display, customers began commenting on its resemblance to an authentic de Kooning. After an online search, gallery owner David Van Auker found an article pertaining to the 1985 heist.

Woman-Ochre underwent restoration at the Getty Museum in Los Angeles, where it was subsequently displayed. Now, the painting is returning to the University of Arizona Museum of Art, where an exhibition beginning Oct. 8 will chronicle the artwork’s colorful history. 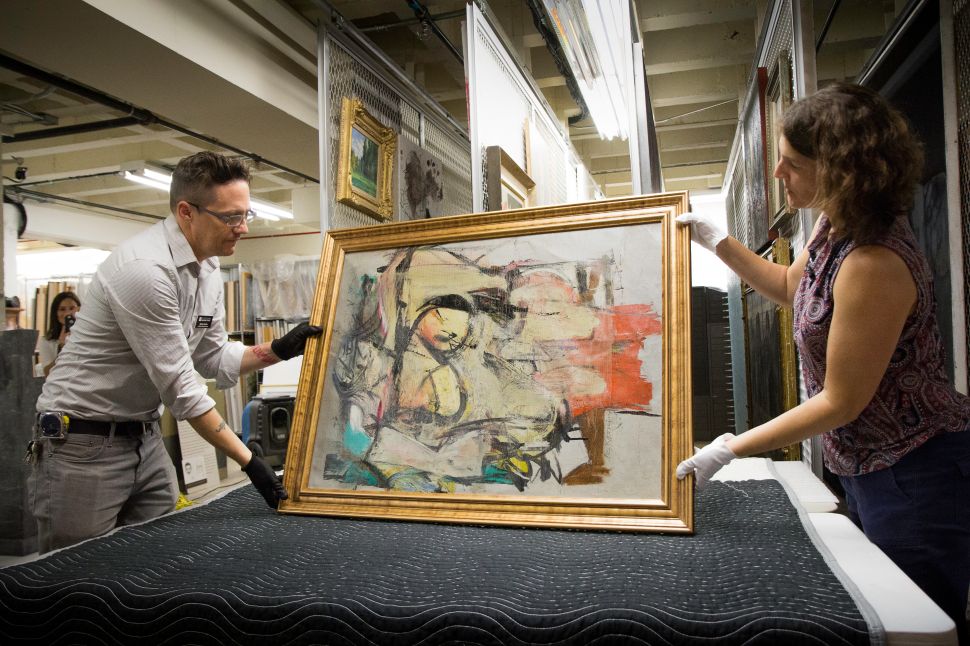