A bill passed by California lawmakers this week aims to boost labor protections in the fast food industry, historically one of the most difficult sectors to organize.

The legislation, which was approved on Aug. 29, could raise the industry minimum wage to as much as $22 an hour, up from the current $15 hourly minimum. Perhaps more significantly, it would also create a process for setting fast-food wage standards across the state, re-introducing to the U.S. European-style sectoral bargaining, where wages are negotiated across multiple employers.

The bill would establish a 10-person council tasked with setting standards on wages, hours, and working conditions for fast food chain employees throughout the state. Though it’s not yet clear whether California Gov. Gavin Newsom will sign the bill into law, labor advocates say the legislation could change the game for workers who aren’t heavily unionized.

“I think the creation of this fast food sectoral council is one of the most important policy changes in decades for workers,” says David Madland, a senior fellow at the progressive think tank Center for American Progress and author of Re-Union. “It really has the potential to transform the entire fast food industry and create a model for others.”

For a good part of the 20th century, workers in industries such as steel, autos, and mining were protected by industry-wide collective bargaining agreements. Sectoral bargaining allows multiple employers to negotiate wages and benefits for workers at the industry level. It’s considered a stronger approach by labor advocates than worksite-level bargaining, which leaves negotiations up to individual employers.

But just as union membership in the U.S. has declined, so has the prevalence of sectoral bargaining. About 10 percent of wage and salary workers in the U.S. were union members last year, according to the Bureau of Labor Statistics, roughly half the national membership rate in 1983. As unions grew less powerful, it became harder for them to bring multiple employers to the table, according to Madland. Though there are a few modern-day examples of industry-wide bargaining in the U.S.—such as for television writers—the approach is more common in Europe.

California’s proposed sectoral council is somewhat different than a sectoral bargaining model, but could go a long way for fast-food and other low-wage workers, says Madland, as it would impose a “similar set of standards” regardless of their employer, or whether they’re represented by a union. The 10 members of the council would include representatives for workers and businesses, as well as two state officials.

Madland said he believes the council could help boost organizing efforts in the food service industry, which has one of the lowest unionization rates (it was 1.2 percent last year). Though workers have recently voted to unionize at chains including Chipotle and Starbucks, the path to a contract remains challenging when employees are bargaining separately from one location to the next, often in small units of a single restaurant’s employees, without a set of industry-wide standards to guide their organizing.

Sector-wide standards for wages and working conditions, Madland says, may give workers something to organize around, and “know their efforts won’t just be for naught.”

Newsom hasn’t yet stated his position on the fast food recovery bill, and it has plenty of opposition from the restaurant industry. Jot Condie, president of the California Restaurant Association, has argued against allowing a sectoral council to set industry standards, saying such “fundamental matters in workplace policy” should be dealt with by elected officials.

Other opponents of the bill have pointed to research suggesting a $22 minimum wage could lead to a 20 percent hike in restaurant food prices, and franchise owners have expressed concern the legislation will dissuade franchisees from opening new locations in California. Joe Erlinger, the president of McDonald’s USA, echoed these concerns about rising costs in an Aug. 31 statement, and argued the law unfairly targets owners of national chain restaurants, while sparing smaller brands. The bill only applies to restaurants with 100 locations or more nationally.

Despite the opposition, activists are reportedly looking to pass similar legislation in New York and Illinois, and advocates argue the law could pave the way for stronger labor organizing throughout the U.S.

Madland, of the Center for American Progress, says if the sectoral council improves conditions for fast food workers, he can envision it becoming a model for other low-wage industries such as retail or home care. Mary Kay Henry, international president of the Service Employees International Union, said she hoped California would be the first in the nation to pass such a bill and “be able to spread this to other states.” 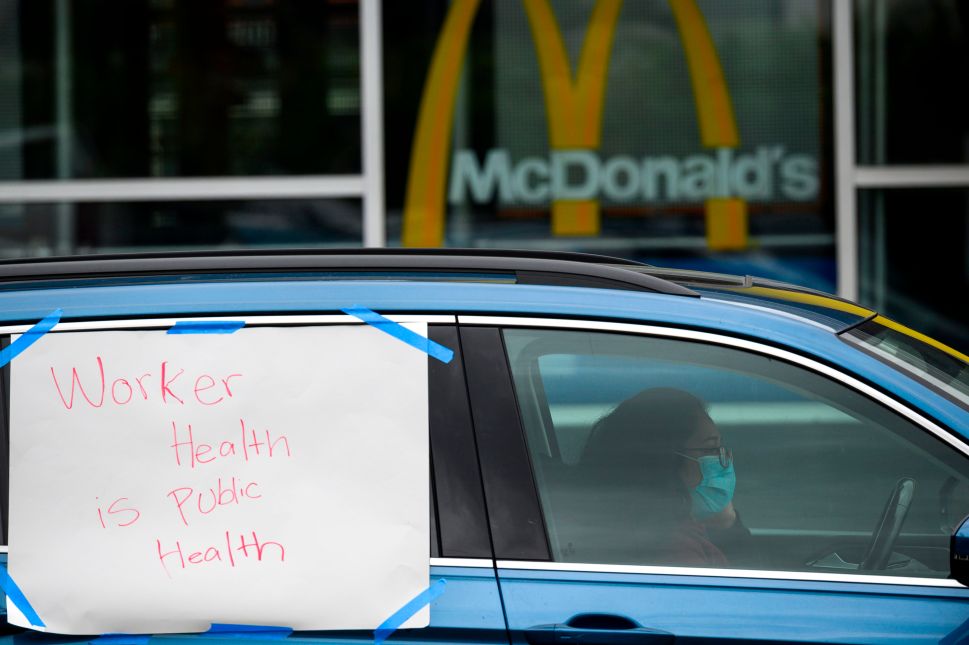