There are moments in Blonde, Andrew Dominik’s dramatized take on the life of Marilyn Monroe, where there’s a truly uncanny resemblance between star Ana de Armas and one of the world’s most iconic celebrities. The writer and director, who adapted the film from Joyce Carol Oates’ 2000 novel, pays extreme attention to detail, painstakingly replicating moments from Monroe’s movies, photoshoots and public life. The costumes are near-perfect imitations of Monroe’s ensembles. De Armas, despite English being her second language, aptly mimics Monroe’s breathy tone and wide-eyed gaze.

But Blonde is not meant to be a documentary. It’s a fictionalized version of a well-known story, with Oates and Dominik both taking immense liberties in capturing Monroe’s life and work. Here the actress is in an inexplicable three-way relationship with Edward G. Robinson Jr. (Evan Williams) and Charles Chaplin Jr. (Xavier Samuel). She’s frequently naked or drugged up, although often without apparent motivation. She’s forced to give president John F. Kennedy (Caspar Phillipson) an uncomfortable blowjob, which likely helped earn the film its NC-17 rating. She has an abortion that she regrets—the dead fetus speaks to her in scenes that Republicans may want to incorporate into the their Midterm campaigns—and never seems to have any agency of her own.

The story, which is scant and difficult to follow despite a run-time of nearly three hours, assumes a lot of knowledge on the part of the viewer. If you haven’t read Oates’ lengthy novel, Blonde becomes a sort of experimental impression of Monroe and her private life as Norma Jean. Dominik employs both color and black and white in his filming, although it’s not always clear what each is meant to signify, and the actual framing of the shots is impressive and memorable. The camera loves De Armas, who gives her all in what will probably be an Oscar-nominated performance. The actress is compelling, charming and genuinely good in the role. So are Bobby Cannavale as a version of Joe DiMaggio and Julianne Nicholson as Norma Jean’s unstable mother. In other words, while the pieces are all there they don’t come together to make a complete picture.

Blonde succeeds when Dominik gives us Norma Jean’s perspective on her circumstances. The infamous blowjob is graphic only because the camera closes in on De Armas’ face as she is forced into the act, her voiceover noting that she hopes she doesn’t puke. It’s relatable, at least to some viewers. The character’s reaction to what happens to her, much of it misogynist in tone, is interesting. It raises questions about how we deify celebrity and how women in Hollywood are treated and represented. And those are important questions to ask. But the film also doesn’t answer them, or even attempt to answer them. There seems to be very little purpose underneath the precise recreations of Monroe and her life.

Ultimately, Blonde mirrors our surface-level conception of Monroe herself: beautiful but vapid. Its flaws lie mostly within the storytelling rather than the filmmaking, and it’s not a boring watch by any means. Dominik is on to something, certainly, but it’s just not quite clear what that is. Monroe remains an enigmatic figure who looms large in the public consciousness. She’s a subject worth investigating. This particular investigation, however, may not be worthy of her. 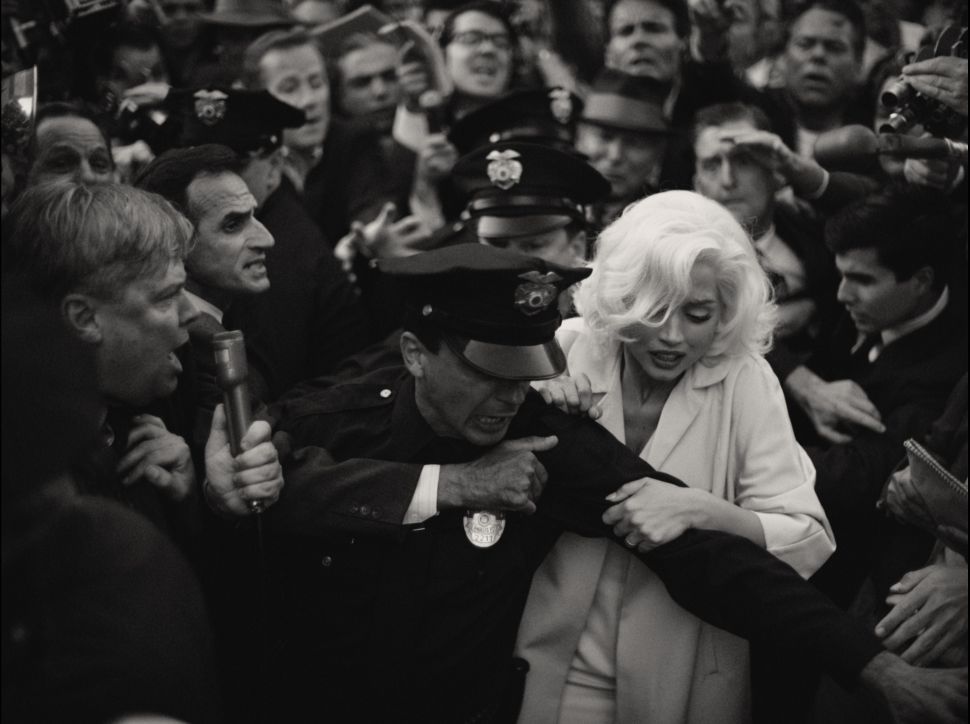