Blue Origin, the space company owned by Jeff Bezos, suffered a rare setback on Sept. 12 when an uncrewed New Shepard rocket exploded mid-flight during a suborbital mission, forcing the rocket’s emergency abort system to jettison the upper-stage capsule away from the booster.

No injuries were reported. The upper stage, which carried science experiments, managed to land safely within the designated area near Blue Origin’s launch site in Van Horn, Texas. Blue Origin said on Twitter there was a booster failure but the capsule escape system functioned as designed.

Blue Origin has launched dozens of paying passengers, including celebrities, using a rocket built on the same technology platform. Yesterday’s mishap has attracted the attention of the Federal Aviation Administration (FAA), which has effectively grounded the New Shepard spacecraft for the foreseeable future.

The FAA said in a statement it would oversee the accident investigation and determine whether Blue Origin needs to make any changes before it can fly again. The FAA investigates spaceflight crashes in partnership with the National Transportation Safety Board. 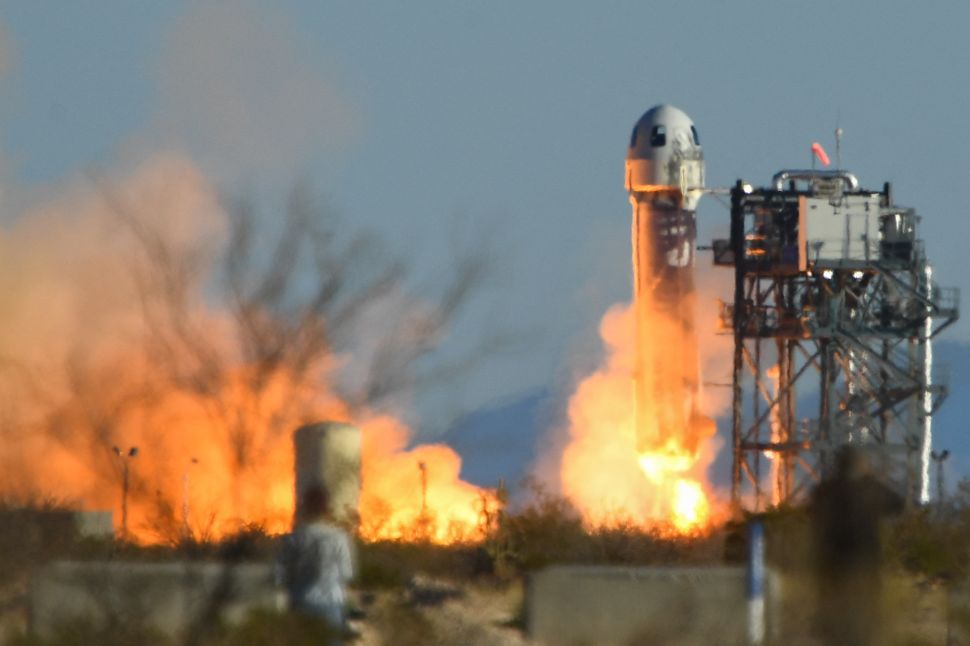