On July 25, 2000,  a Concorde supersonic jet operated by Air France flying from New York to Paris crashed shortly after takeoff. The accident, caused by a piece of debris on the runway, killed all 109 people on board and four on the ground. It dented the reputation of supersonic air travel and accelerated the retirement of the Concorde, which was already facing infeasibly high operating costs and repeated complaints about its noise. Three years later, in October 2003, the Concorde completed its final flight from New York to London in 3.5 hours and then disappeared from public sight, ending 27 years of commercial operation.

Nearly two decades have passed, and a startup and a handful of airlines are suddenly interested in bringing supersonic air travel back. In June 2021, United Airline ordered 15 supersonic jets from Boom Supersonic, a Denver, Colorado-based company developing an aircraft called Overture aimed to fly at Mach 1.7, or 1.7 times the speed of sound (Concorde’s top speed was just above Mach 2). A year later, American Airlines followed suit and placed an order for 20 Overture jets. Both U.S. airlines, along with the U.K.’s Virgin Atlantic Airways and Japan’s Japan Airlines, have placed conditional orders of a total of more than 100 supersonic jets from Boom.

None of those planes has been built yet, however. Boom’s goal is to deliver the first Overture in 2025 and fly the first paying passenger before the end of this decade. That’s not an unreasonable timeline, per aviation standards. Yet, industry experts have mixed opinions about whether Boom actually has the financial and technological resources to deliver its lofty promise.

The differences between Overture and the Concorde

The Concorde was co-manufactured by France’s Aérospatiale and the British Aircraft Corporation. Between 1976 and 2003, it was primarily operated by British Airways and Air France for transatlantic flights. The development cost of the Concorde overran initial estimates by more than 20 times, and operation of the aircraft relied heavily on government subsidies and high ticket price. (In 1997, a round-trip ticket from New York to London cost 30 times more than an economy class ticket on a subsonic plane.) The Concorde also faced constant complaints about its noise, which led the U.S. government to ban its landing in New York from 1976 to 1977 and British Airways to cancel a route from London to Singapore in 1977.

Aeronautical technology has come a long way since the days of Concorde, from material science to aerodynamics to propulsion, said Boom CEO Blake Scholl.

Take aerodynamic as an example. “We’ve gone from developing airplanes in a wind tunnel, where every test takes months and costs millions, to being able to optimize with software simulation, where we can do hundreds of wind tunnel tests in a matter of hours,” Scholl said.

Scholl brings lots of experience in technology and startups, but none in aviation. A former product manager at Amazon, he is a co-founder of Kima Labs, a mobile payment company acquired by Groupon in 2012 for an undisclosed amount. Scholl moved to work for Groupon for two years following the merger and left in early 2014 to found Boom.

Boom isn’t looking to build a larger or faster plane than the Concorde, but, first and foremost, a more financially viable one. Overture will be constructed with carbon fiber composite, which is about 40 percent lighter than aluminum, the primary material making up the body of the Concorde. A lighter aircraft means less fuel consumption and lower operating costs. To further increase fuel efficiency and optimize airflow during flight, Overture will also feature a complicated fuselage shape that’s thicker in the front and narrows down toward the back. The design is the result of about 26 million hours of software simulation, Scholl said.

To minimize noise—a major complaint about the Concorde—Overture will be powered with modern turbofan engines without afterburners, a component used in Concorde and many combat supersonic jet engines to achieve high speeds.

Boom is pre-selling Overture at $200 million each to airlines. The price is comparable to what a similar subsonic aircraft would cost. United said the operating cost of Overture will be 75 percent less than that of Concorde and passengers can expect to pay fares similar to business-class tickets on most commercial airlines.

“Concorde was a political project built for the glory of France and England,” said Mike Boyd, president of Boyd Group International, an aviation consulting and research firm. “It was not built based on solid market economics. Boom is a private project made for a market in need. That’s the fundamental difference.” Boyd consulted Boom’s early concepts in 2015 shortly after the company was founded and helped introduce the startup to the aviation industry. He said his firm has no financial interest in Boom.

A high-tech jet missing an engine

Despite the substantial commercial interest Overture has generated, the plane is missing its most important component: the engine.

In August 2020, Boom announced a partnership with Rolls-Royce, which built the engine for Concorde, to develop an engine for Overture. That deal abruptly fell apart in early September. It’s unclear who backed out first. In a statement, Boom said Rolls-Royce’ “proposed engine design and legacy business model is not the best option” for Overture.

Following the news, several major airplane engine makers, including GE Aviation, Honeywell and Safran Aircraft Engines, said they had no interest in making a supersonic engine for Boom. Still, Boom said it plans to announce a new engine partner later this year.

“What Blake (Scholl) said is only half true. Yes, the aircraft side has advanced a lot since Concorde. But the engine side, not so much,” said Bjorn Fehrm, a former fighter pilot for the Swedish Air force who now runs an aeronautical consulting firm based in France.

The unique challenge of supersonic jet engine is a tradeoff between speed and external noise. Today’s commercial aircraft manage to keep engine noise at an acceptable level because they are only flying at 80 percent the speed of sound, Fehrm said. “Boom wants to fly 70 percent faster than sound. This is impossible to do with a quiet, environmentally friendly engine.”

Concorde was powered by four engines converted from those used in the British Royal Air Force’s combat jets. Those engines were powerful enough to achieve a top speed of just over Mach 2, but created a loud sonic boom. Although Boom claims Overture will not be louder than today’s subsonic airplanes during takeoff and landing, it’s not seeking to rewrite existing regulations. Overture will fly at a maximum speed of Mach 1.7 over and just below sonic speed over land. Scholl said this configuration will shorten the time of most transoceanic flights by half and over-land flights by 20 percent.

Fehrm, who specializes in aircraft cost evaluation, estimates it would cost Boom between $3 billion to $5 billion to develop an engine from scratch. Boom has so far raised less than $300 million from venture capital firms, including Celesta Capital and Y Combinator. To meet the 2025 delivery timeline, it would need to raise funds at an accelerated pace.

Scholl said United’s pre-order in 2020 was a “breakthrough” that “opened up many aisles around the world.” But Richard Aboulafia, an aerospace consultant at AeroDynamic Advisory, said United and American’s orders are more of creative advertising than an actual vote of confidence in Boom’s technology. “If there is anybody at these airlines who has put down serious money on an airplane that has no engine, that person should be fired instantly,” he said.

Boyd, who has witnessed Boom’s journey from the beginning, is more bullish. “It’s the only private supersonic company that has advanced this far. That track record clearly shows they have something,” he said. “American Airlines did not fall off the turnip truck. They know what they are doing.” 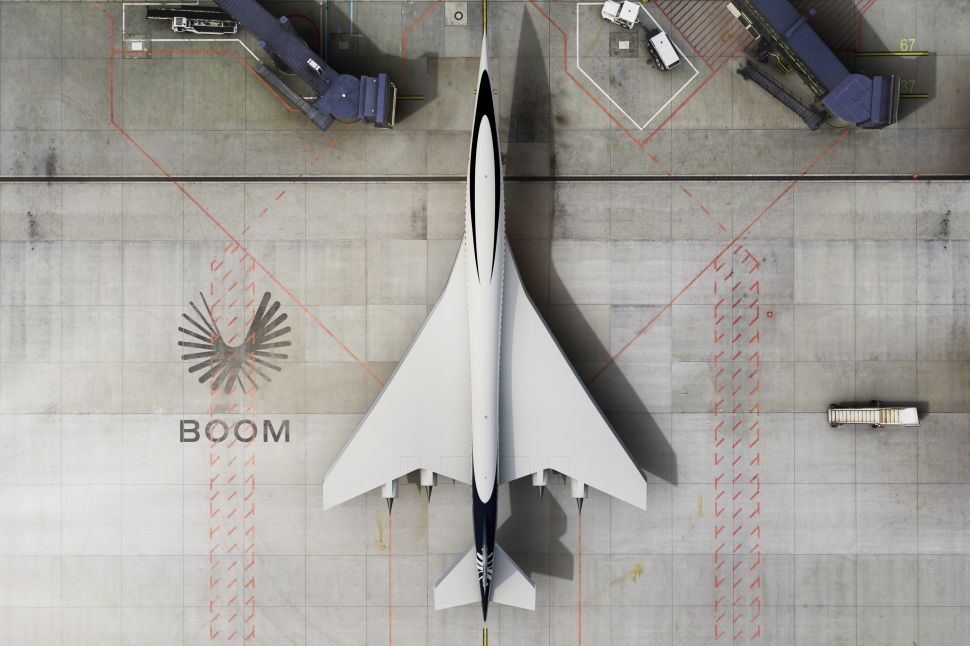