This is not a photograph of real people. These are avatars of twin models Hope and Grace Fly created by Photogenics.Photogenics
By Rachyl Jones • 09/08/22 5:30am

Photogenics, a modeling agency and media company based in Los Angeles, has launched an avatar division, creating hyper-realistic avatars of existing models.

The avatars can be booked to “work” in the metaverse when real-world clients purchase the rights of avatars for photoshoots or virtual runway shows. The avatars can model both metaverse wearables and tangible goods that can be bought in the real world. Photogenics wouldn’t say which brands or how many they have entered into contracts with, but a company representative said it was “a number of high-end beauty and luxury fashion brands.”

Photogenics, which is launching the product with 13 models (12 women and one man), will pay for a model’s avatar to be built and retain ownership unless the model buys it themselves. Photogenics then makes money when the avatar is booked for gigs, with a percentage going to the models who serve as the basis for the design. Founder and CEO Nicole Bordeaux said the company does not intend to replace the modeling profession with these avatars, but to extend it to the metaverse while increasing the value of real-world models.

The introduction of digital models occurs as luxury brands experiment with how to exist in both a physical and digital space. Gucci has created the Gucci Gardens and Gucci Town in Roblox’s metaverse, while Louis Vuitton launched Louis the Game, an adventure-based phone app. As the metaverse continues to grow and reach new audiences, it will change how models work, how brands sell and how consumers buy.

Hawkins uses a proprietary, unfinished phone app to scan a model’s face and render their facial structure and skin texture. She and Morei then work with the skin mesh in about 10 different software programs—all available to the public—to create a model’s digital twin, Hawkins said.

Ganna Bogdan, a model who has worked for Sephora, Revolve and Nike, among other brands, said the process of getting an avatar made was easy. She visited Hawkins’ office in Los Angeles, where Hawkins scanned her face using her phone. “The process took less than 10 minutes,” Bogdan said. And then it took Hawkins and Morei a few more months to finish the avatar.

“Humans have limited time on earth,” Bogdan said, “But in the digital space, we can live forever and leave our mark there.” Bogdan said she is looking forward to her avatar generating her income by working in the metaverse while she has time to explore other creative outlets.

There is a place for both digital and real-world models in the evolving fashion industry, said Hawkins. For some projects, “simple animations will be cheaper than hiring a real-world model, but a five minute video with 10 models and moving cameras is better suited for real-world models.”

When a client hires an avatar, they receive a digital file, and it is up to their own 3D artists to dress and style it. In the metaverse, brands can create clothes that are unachievable in the real world, such as garments made of fire or for example.

“The goal is to create luxury avatars for the luxury sector,” said Bordeaux. Eventually, the avatars will speak and have unique personalities, with special appearances in the metaverse, she said.

Models are able to alter certain aspects of themselves in their avatar, including their build, hair color and hair style. Doris Domoszlai-Lantner, co-founder of Fashion Forward, a New York-based fashion think tank, said avatars could depict currently underrepresented groups by amplifying skin color and size diversity as well as limb differences.

“But it can also contribute to unachievable body types, creating problems for younger people viewing models as the example,” she said.

Buying and selling in the metaverse

The development of high-quality avatars will allow brands to advertise their products in a new medium, according to Photogenics.

“The consumer went from the in-person experience to the online experience and will eventually gravitate to the metaverse experience,” Veneta Sotiropoulos, associate professor of management and marketing studies at the New York Institute of Technology, said in an email.

Sotiropoulos said in a theoretical metaverse-dominated future, traditional advertising mediums like magazines and billboards will still exist, but they will serve to direct attention to the metaverse rather than to tangible products and brick-and-mortar stores. Advertising will cater to a brand’s target audience. Traditional advertising will still be necessary for older consumers who are reluctant to enter the metaverse, but if companies are selling solely to Gen Z and millennials, advertisers might lean more heavily on the metaverse experience.

“Virtual ownership will serve as a primer to purchasing the product in real life,” Sotiropoulos said. Digital versions of luxury items won’t cost as much as the real ones. For example, Burberry bag wearables cost $9.99 in the Roblox metaverse while new Burberry bags cost around $2,000 in the real world.

Consumers might be more likely to buy the digital version for a lower price. This ownership could then prompt a real-world purchase because a consumer is familiar with the product. “On the other hand, the opposite can also be true,” she said. “If the customer obtains a virtual version of the product, perhaps they will no longer seek it in real life.”

“There’s a benefit to being early because you get attention for being early, far more than you get consumer leads and eyeballs,” he said. “There just aren’t a lot of people in these spaces right now.”

O’Donnell said he isn’t so sure the metaverse is the future of buying and selling, or even the future at all. He said it sounds dystopian, and while he envisions it having a large role in gaming, he doesn’t imagine it as an alternative world like Mark Zuckerberg suggests.

Integrating avatars across the fashion industry

Companies entering the metaverse via these avatars must seamlessly integrate their physical and digital brands, the experts say. It won’t be enough to have this technology, but they must create a synergy that will propel their messages.

Just as styles start in couture shows in Paris and Milan and trickle down to affordable fashion brands, so will the technology, said Vincent Quan, department chair of fashion business management at the Fashion Institute of Technology’s Korea branch.


“Common brands will have challenges integrating themselves because the middle of the road consumer isn’t in the metaverse yet,” he said. “Middle America will get the metaverse, but it will take time.” 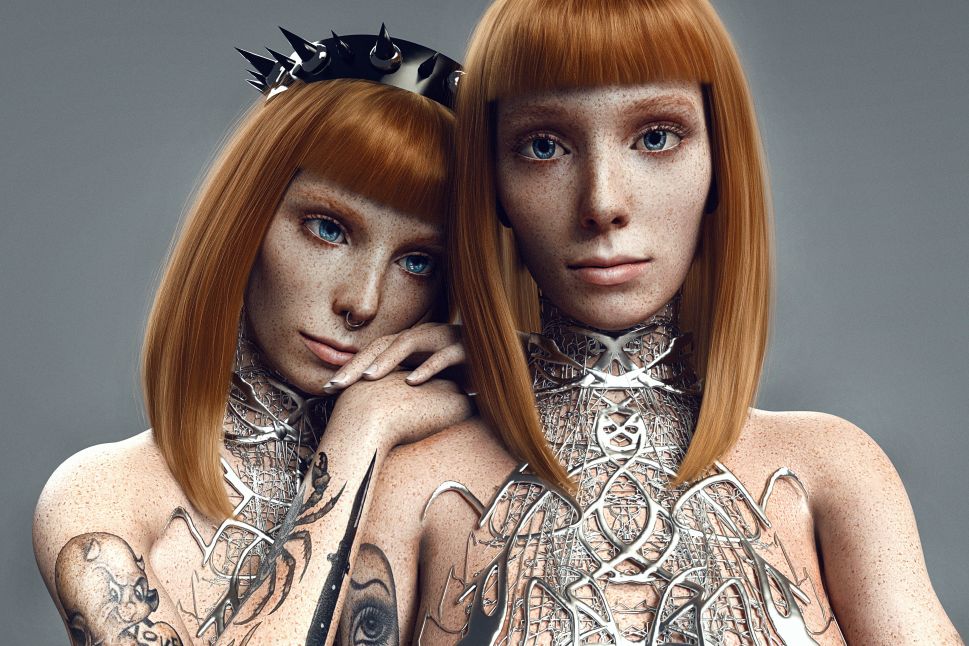