Daniel K. Isaac—the Korean-American actor best known for playing one of the few non-toxic characters on Showtime’s Billions—grew up in California, and w hen he got to thinking about the way Western culture had overshadowed his understanding of his Asian heritage, he decided to do something about it.

That something—his first produced work as a playwright—is currently on display through Sept. 18 at La MaMa’s Ellen Stewart Theater in the East Village: Once Upon a (korean) Time, a massive amalgam of Korean fairy tales, fables, folklore and historical happenings which stretches over 100 years and two continents, all of it quietly trailing the reality of Isaac’s family history.

The lower-cased (korean) in the title is calculated: “I was trying to find this sense of insertion, because the seed of this play came from me asking myself why I knew more about Western culture than my own. I wanted to take the phrase ‘once upon a time’ and the memories it stirs and put in something that might not seem it belongs, like ‘Korean.’ I wanted to weave it in so it feels like it’s something small but pushing its way out. It feels like a lot for one tiny gesture.”

True. The orthographic gesture is small. The show is not. “I did intentionally set out to write something very epic in scale,” Isaac says, clearly happy (and relieved) the elaborate staging made it all come true. “Ma-Yi Theater Company assembled a team of designers who are magicians and brought it to life with such striking visuals.” Indeed. Take a bow, Se Hyun Oh and Oliver Wason (scenic design), Phuong Nguyen (costume design), Fabian Obispo (sound design) and Yee Eun Nam (projection design).

As produced by the Ma-Yi Theater Company and staged by its artistic director, Ralph B. Pena, the play constantly fills the La MaMa stage with unexpected spectacle: the Second Sino-Japanese War, the Los Angeles riots, an on-stage drowning, the Korean War, tears that cure blindness, a field of vegetables saturated with a tiger’s blood, a firestorm. And just when you think you’ve seen everything, two stage managers hit the balcony with bubble machines.

“Ma-Yi is a term that was coined by the Chinese,” Isaac says. “When they saw the Philippine Islands, they called them ‘the ants’ because the Philippines are a collection of small islands, yet the Philippine people re-took the name and found a resilience in what was meant to be a diminishing utterance. So, for this theater company to only center Asian-American voices and be about reclaiming stories that often aren’t given the platform to fully be, is a remarkable and magical place for me to be having my premiere. It’s a company that I deeply care about.”

Like the title of his play, his own name has a story and meaning. He was born in 1988, in Southern California, to a single mother who had immigrated from South Korea. “My biological father, who I don’t know, is named Kim so I took that when I started acting,” he says. “But the union notified me that Daniel Kim was already taken.” (It was actually taken twice, forcing Applicant No. 2 to go out there as Daniel Dae Kim. His biological mother’s name is Lee, and Daniel Lee was also taken.)

He wound up getting his stage name after going to a movie where he laughed loudly and was teased about it afterward. And then when his roommate mentioned that if she ever had a son she’d name him “Isaac” because it means “one who laughs” in Hebrew it was a eureka moment for him.

“She was reminding me that I’m a boisterous laugher, and maybe I should consider that for my name,” he says. “I asked my biological mom about it. She’s deeply Christian, and she liked the Christian implications of the name because Isaac’s mother didn’t think that she could have a child, and my mom didn’t either, so all parties approved.”

The only Kim that Isaac has had any luck or traction with is Ben Kim, his character in Billions. He debuted on the series’ premiere in 2016 and was set to do only two more episodes, but the writers liked the way Kim was coming off, leading to a recurring role across five seasons.

“He starts out an analyst at a very big finance firm led by Damien Lewis’ character, Axelrod,” says Isaac. “A child of immigrants, Ben’s done the model minority thing of going to Stanford and Wharton Business School, comes in with a fiery resume and gets immediately humbled by the street smarts and brilliance of Damien’s character but Axe must see something in him because he keeps him around, and Ben sorta grew from this shyer or quieter or figuring-out-his-footing analyst, to what is now a portfolio manager and a larger leader in the company.”

Before heading back to Televisionland, Isaac—who was seen earlier this year in The Chinese Lady at The Public Theater—will get in another piece of theater, Noah Diaz’s You Will Get Sick, which will play Roundabout’s Laura Pels Oct. 14-Dec. 11. “It’ll be great just to be an actor again and not feel the madness and joy of being a playwright,” he says. At La MaMa, in this day of Covid-19, he’s feeling the extra madness/joy of being not just the author but also the understudy. “I cover all three male tracks, and I hope I never have to go on.”

He shouldn’t have a problem going on in the lead role of You Will Get Sick—a young man who receives an unnamed, but fatal, diagnosis of an illness that is slowly making him more and more debilitated. To help him break the news to his family and friends, he hires an older woman, setting in motion a chain of events that profoundly reshapes both of their lives.

“The older woman is Linda Lavin,” he beams. “I’ve had the privilege of seeing her on stage multiple times so I’m honored to be acting with her.”

What, other than Lavin, was his attraction to the play? “I found myself crying every time I read it,” he answers. His mother and two aunts had cancer diagnoses, and he has a friend with MS whose body is slowly changing. “The material hit home for me in various ways. I felt like if my emotional response is any signal, then hopefully that bodes well for others in the audience that they may also see in themselves the kind of fear and vulnerability these characters go through. For it to happen to someone younger, it resonated with me as a queer person to think of all our brethren that we lost in the HIV/AIDS epidemic in the ‘70s and the ‘80s.”

Has his debut as a playwright opened up a log-jam of other plays? “I have a couple in my docket, so we’ll see if anything comes of that. All I’ve been able to wrap my head around is this. It does feel like a different kind of vulnerability to share this playwriting side of myself.” 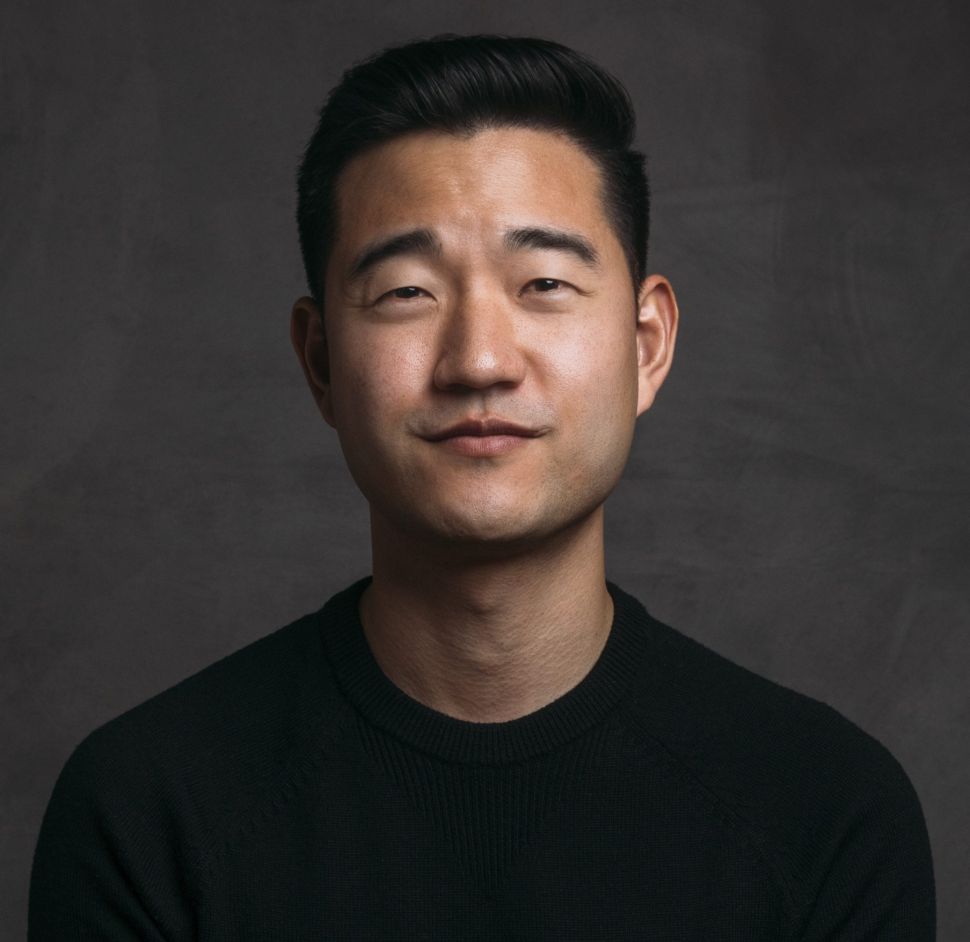