Kathaleen McCormick wasn’t having it. The Delaware judge hearing Twitter’s case against Elon Musk listened incredulously as Musk’s lawyers asked her to postpone the trial. Twitter, they said, had concealed damning vulnerabilities that its ex-head of security, Peiter Zatko, just revealed in a whistleblower report. Zatko’s claims didn’t come up in due diligence when Musk agreed to buy the company, and now they needed more time to sort through them.

No such luck. “We’ll never know, right?” McCormick said, citing Musk’s hasty push toward the deal. “Because the diligence didn’t happen.” The trial would go on as planned, starting on October 17.

Already, a month before the trial begins, Chancellor McCormick is dispatching with the notion that Musk is about to again bowl over the U.S. legal system. The billionaire entrepreneur often seems unbound by law, tending to taunt those who’d dare enforce it, and leading a former Delaware Chancery Court judge to say the court might actually fear ruling against him. McCormick, who took the helm of the court in May 2021, is negating that assumption with each hearing.

“The Chancellor’s already demonstrating she’s meeting the challenge,” said another practitioner who’s appeared before the court.

If McCormick looked for ways to nullify this deal, she could certainly find them. Never before has a court forced a buyer to purchase a company for $44 billion against their will. And Musk may well decline to follow the order as well, throwing the court’s credibility into question. Finding an out and letting the deal fizzle might be easier than the extraordinary action of forcing it to close. And McCormick may indeed still do that. But she’s always been something of a pattern breaker.

From a small town to Harvard

Kathaleen Saint Jude McCormick, known to her friends as Katie, was born in September 1979 in Dover, Delaware. McCormick grew up in the nearby town of Smyrna, the daughter of two public school teachers. Her father, Terry, coached Smyrna’s middling football team. Her mother, Kathaleen, eventually rose to become a school administrator.

Smyrna is a humble, middle-class town in a state replete with wealth, not a place known for producing judges who decide the country’s most consequential business cases. “There’s money in Delaware,” said Daniel Atkins, a Delaware attorney. “It ain’t in Smyrna.” McCormick nonetheless applied herself and became the only Smyrna High School grad to get into Harvard University at the time.

At Harvard, McCormick majored in philosophy and seemed destined to follow her parents’ path into education, but then her trajectory diverted. She got involved in a local non-profit that helped in landlord and tenant disputes, the Small Claims Advisory Service, and tasted how the law’s power could be used for good. Seeking more, McCormick enrolled in Notre Dame Law School, where she’d spend time at the University’s center for civil and human rights while her father’s beloved Fighting Irish played football nearby.

Toward the end of her tenure at Notre Dame, McCormick wrote an email to Community Legal Aid Society, a Delaware-based civil legal service provider. It landed with Atkins, the Delaware lawyer then leading recruiting there. The agency helps poor, disabled, elderly, and marginalized people in civil cases where they have no right to an attorney. It fit right in line with McCormick’s human and civil rights interests. And plus, it was a way back to Delaware.

“Katie was interested in coming back home,” Atkins said, “and so that was a really great opportunity for us.” Atkins hired McCormick, and right after graduating she joined the agency’s poverty unit, working primarily on housing discrimination. McCormick’s salary wasn’t comparable with private practice. “Not even close,” said Atkins, now the executive director. But the work aligned with her values and she quickly established herself. After a few years at Legal Aid, and with a growing family to support, McCormick moved into private practice.

The Delaware Chancery Court is the United States’ preeminent business court and, oddly, a perfect place for a philosophy major. Corporations and their boards of directors have duties to shareholders, leadership, employees, and the public. In a capitalist system, the way they negotiate these duties shapes society. And the law helps determine their application. In other words, the Chancery Court was a great fit for Delaware native Katie McCormick.

After years of appearing before it in private practice, McCormick became Vice Chancellor of the Delaware Chancery Court in November 2018. Then, less than two years into her term, Covid hit and created the greatest business disruption in a generation. The pandemic forced McCormick to lean on her philosophy degree and consider what duty meant amid the chaos. Especially in the case of a cake decorator named DecoPac.

DecoPac’s slogan is “On Top of the World’s Best Cakes.” It claims to be the world’s largest supplier of cake decorations to professional cake decorators and bakeries. And in March 2020, the private equity firm Kohlberg signed a deal to buy it from ​​Snow Phipps, another private equity firm, for $550 million. Once lockdowns set in, demand for fancy cakes dropped, DecoPac’s sales plunged, and Kohlberg tried to get out of the deal. Its attempt to wiggle out then landed in Delaware Chancery Court with Vice Chancellor McCormick.

The DecoPac deal, like many acquisitions, had a clause called “specific performance,” which allows the courts to force the deal to close. Specific performance is the nuclear option, an extraordinary remedy that courts rely on only if other options are exhausted. Though the Delaware Chancery Court is a court of equity—meaning it has power to make things right and not simply award monetary damages—its judges would rather stay away from specific performance if at all possible. (I spoke about this at length with The Chancery Daily on Big Technology Podcast this week)

Still, in the DecoPac case, the two parties signed a contract. And if contracts are going to mean anything, companies must abide by them, pandemic or not. So on April 30, 2021, McCormick ordered the DecoPac deal to close via specific performance, calling it “a victory for deal certainty.” The parties promptly completed the transaction. Kohlberg now proudly displays DecoPac on its website. And the cake decorator’s sales recovered too.

Bob Black, a DecoPac board member, was pleased with the case’s outcome and its process. “The case was handled logically and factually,” he said. “And with a reasonable sense of urgency vs. the delay and ‘splitting the baby’ approach that too often happens because folks aren’t willing to make the tough calls.”

A week after the DecoPac ruling, McCormick was sworn in as Chancellor of the Delaware Chancery Court. In doing so, she continued a life of breaking with the usual, becoming the first female chancellor in the court’s 229-year history.

It didn’t take long for McCormick’s life at the helm of the Chancery Court to get interesting. Elon Musk agreed to buy Twitter in April 2022. He tried to terminate the deal in July. And Twitter then sued Musk for specific performance in Delaware Chancery Court later that month. Bret Taylor, Twitter’s chairman, said the company was confident it would prevail in its attempt to “hold Elon Musk accountable to his contractual obligations.”

As Chancellor, McCormick decided to take the case herself. And those around the court say it was the right choice. “She has a very patient temperament but a clear ability to be decisive, direct, and measured with her decisions,” said one practitioner. “Advocates may be very passionate about their clients’ positions, and she is very respectful to the parties that appear before her.”

Musk and Twitter’s legal teams are certainly passionate. There’s $44 billion at stake, and both feel played with by the other. Neither seems keen to settle either. And while the unexpected may happen, there’s at least a likelier chance this case will go to trial than typical cases, which almost always settle.

Much could still come out, and Zatko’s revelations may loom large over Twitter’s ability to force the deal through. But almost all onlookers watching McCormick operate seem to arrive at a similar conclusion: She is unafraid, and will apply the law as she sees fit, regardless of the deal’s massive price tag, its larger-than-life characters, and its outsized press attention. McCormick’s been down this road before. And deal certainty still matters.

“It takes a certain amount of guts to enter an order like that, you’re dramatically affecting the lives of lots of people,” said Penn Law’s Hamermesh, of McCormick’s DecoPac decision. “She’s probably absorbed the lesson that, you know, this is possible. It’s not one of these unthinkable nuclear options.” 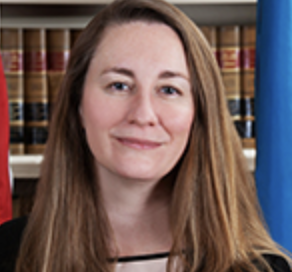