This article is reproduced from FIN, the best newsletter on fintech; subscribe here.

Banking is such a massive, complex business that even a US Senate hearing that runs more than three hours touches on so many topics—climate change, racial discrimination, overdraft fees—that it’s hard for any single issue to get much traction. When the Senate Banking Committee hauls the CEOs of seven of the nation’s largest banks for an annual grilling, much of the time is taken up with grandstanding or an individual Senator’s pet issue.

It was maybe a little surprising, then, that Thursday’s hearing ended up at least partly as a kind of seminar on Zelle, the digital payment service that has attracted a lot attention over the last year as a magnet for fraud and scams.

A bit of background: Zelle is a free payment system now offered with most accounts at large US banks. It is operated by Early Warning Systems (EWS), which has been around since the 1990s and is based in Arizona. EWS is owned by seven of the largest American banks: Bank of America, Truist, Capital One, JPMorgan Chase, PNC Bank, US Bank and Wells Fargo. As with many digital payment systems, Zelle experienced tremendous growth during the COVID lockdowns. In 2021, Zelle handled nearly half a trillion dollars ($490 billion), up 49% from the previous year and more than double Venmo’s payment volume that year.

At the same time, Zelle seems to have a special attraction for fraudsters. True, it may be difficult to prove that scam artists prefer Zelle to, say, Cash App. But what’s indisputable is that many banks have been reluctant to refund customers who’ve been scammed on Zelle the way they would if the scam had happened via a credit card. Following some groundbreaking reporting in The New York Times earlier this year, eight Democratic Senators began pressuring Zelle and its bank owners to clarify what their refund policies are. Among other things, the Senators asked how many fraudulent transactions Zelle customers have reported since 2018. Only Truist responded with numbers.

Even so, at least some of the CEOs seemed surprised on Thursday when they were attacked for Zelle’s inadequate fraud protection. (Note that the seven CEOs at the hearing are not identical to Zelle’s seven owners; Capital One was not present in the Senate, and Citigroup was, but it’s not a Zelle owner.) It started with New Jersey Democrat Robert Menendez asking JP Morgan Chase’s Jamie Dimon and PNC’s William Demchak why their banks didn’t respond to the letter sent to them in July. They seemed caught off guard and apologized.

But it was Massachusetts Democrat Elizabeth Warren who went at them most squarely. “Zelle is not safe,” she declared. “Last year Zelle users were defrauded out of about a half billion dollars that we know of.” She slammed Dimon for not providing any response, and asked him whether JP Morgan Chase’s failure to provide the number of fraudulent transactions was because it didn’t keep track, or wanted to keep the information secret. Dimon apologized again, and said “the amount of fraud, relatively, is very small for this free-of-charge service.” He promised Warren she’d have the exact number by the end of the day, a promise repeated by Andy Cecere of US Bancorp.

The conflict stems from ambiguity over the relevant regulation. The banks say that they do reimburse unauthorized fraudulent transactions. However, as the Times and other consumer reporting has shown, increasingly Zelle and other digital payment systems are used to scam customers into “authorizing” transactions they don’t actually approve, sometimes called “me-to-me” transactions. In an extreme example in the March Times story, a customer’s phone was stolen from his hospital room and used to make Zelle payments; to label that as “authorized,” as Bank of America initially did, seems obviously unfair.

Warren, then, kept pressing for the total number of complaints. “What troubles me here is that the one person who gave us numbers, the numbers are pretty alarming,” she said, referring to William Rogers of Truist. There’s no way to know how alarming until the numbers become public. A couple of CEOs indicated, however, that the banking industry’s line is that even disputed transactions on Zelle are not worth getting worked up about. According to 2022 survey data from industry group Bank Policy Institute, Zelle transactions are among the least disputed ways to send money:

Of course, no one should expect Warren to accept survey data at face value. And other data suggest more widespread fraud; a recent Pew survey found that 13% of American adults who’ve ever used one of the above services say they’ve sent someone money and later realized it was a scam. It’s equally unlikely that the banks are going to embrace Warren’s proposed solution, which is for them to reimburse any disputed transaction. As Dimon put it, “If you simply said ‘If you authorized a transaction, no matter what, you’ll be repaid if you claim it’s a scam,’ think of the problem of that.” Perhaps the Consumer Finance Protection Board will tweak the definition of an authorized transaction, but either way the banks seem unlikely to budge any time soon. 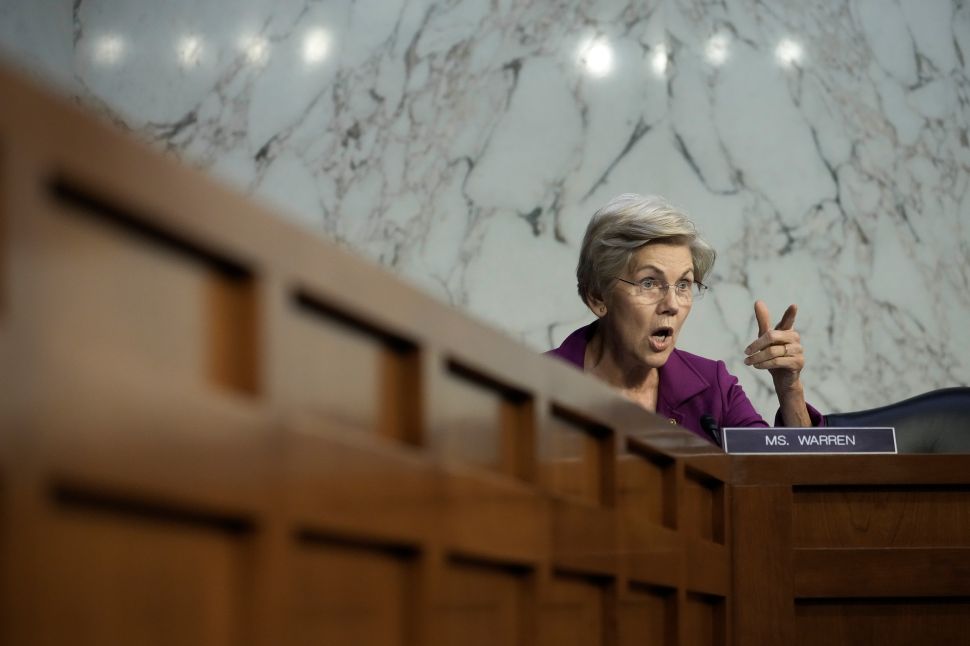