First of all, Don’t Worry Darling, the film that launched a thousand dramatic moments, is good. At times, in fact, it’s really good. Whatever chaotic discourse has colored Olivia Wilde’s second turn as a director is misplaced when it comes to a discussion of the movie’s success (seriously, though, did Harry Styles spit on Chris Pine?).

Don’t Worry Darling, directed by Wilde and written by Katie Silberman, is an evocatively-shot, compellingly-acted psychological thriller that manages to be just original enough to stand apart from its obvious influences. Florence Pugh is ebullient, perfectly-coiffed 1950s housewife named Alice Chambers, who dotes on her charming husband Jack (Harry Styles). The couple is happily in love and obsessed with each other to the point that Jack immediately goes down on Alice upon arriving home in the evening, the carefully-arranged dinner cascading to the floor as she writhes on the table. They live in Victory, California, a desert town created for the employees of the mysterious Victory Project. All of the inhabitants, residing in impressive mid-century modern homes, are diligent and content. Or, so it seems.

After Margaret, one of Alice’s housewife friends played by KiKi Layne, goes off the rails, Alice begins to suspect that all is not as it appears in Victory. Despite her charmed life, which involves imbibing cocktails with her pals, including Wilde’s Bunny and Kate Berlant’s Peg, Alice’s doubts begin to overtake her. She’s on edge in the presence of the Victory Project’s smooth-talking leader Frank (Chris Pine) and his wife Shelley (Gemma Chan), who also teaches ballet classes to the wives. Dr. Collins (Timothy Simons) assures Alice that it’s just nerves, offering her pills to calm her down, but Alice’s paranoia that something is amiss only grows. When she tries to tell Jack about her fears, he gaslights her into thinking she’s crazy.

But is she crazy? Of course not. Alice’s instincts lead her deeper and deeper into the truth, which arrives two-thirds of the way through the film with a solid twist some viewers might see coming. Don’t Worry Darling, at its core, is a story about how men manipulate and control women. Despite its period setting, the movie resonates with contemporary ideas. It’s a cautionary tale as applicable now as it was then, and the final climatic scenes mirror a collective desire to rid the world of misogynistic oppression. The message Wilde and Silberman delivers is clear and it’s largely effective—I kept thinking about the events of the film for hours after seeing it.

The major successes of Don’t Worry Darling are two-fold: Pugh’s unbridled performance as Alice and the precise visual impact cinematographer Matthew Libatique’s work. It’s a beautifully-shot film with immaculate sets, costume design and hair and makeup. Every visual detail is carefully considered and purposeful—the sorts of things film students will pick over in future dissertations. Better still, the camera loves Pugh, who is a genuine movie star. Without her, in fact, the movie might not have worked. Styles, who is a deeply charismatic guy in a real life, is perfectly fine. He tries his best with limited acting experience and he commits to the role of frustrated husband who just wants his wife to behave properly (oddly, his character is British, probably because Styles wasn’t prepared to do an American accent). The rest of the cast, which also includes Nick Kroll, Asif Ali, Sydney Chandler and Douglas Smith, gives Pugh an apt backdrop on which to play. But ultimately it’s her movie and she’s a force to be reckoned with.

There are, of course, moments while watching Don’t Worry Darling where the viewer wonders about Wilde and Styles’ relationship, or about the tension between Pugh and her director. It’s impossible not to. But the film should stand as its own artistic effort, unmarred by the surrounding drama. Wilde’s skill as a director should not be judged by the drama at Venice Film Festival. The audience is certainly going to have opinions about the movie—certain male viewers will not like its feminist perspective and comment on incel culture—but in a vacuum, without the headlines, Don’t Worry Darling is a thoroughly compelling watch that reveals a strong filmmaker in Wilde and genuine star in Pugh. 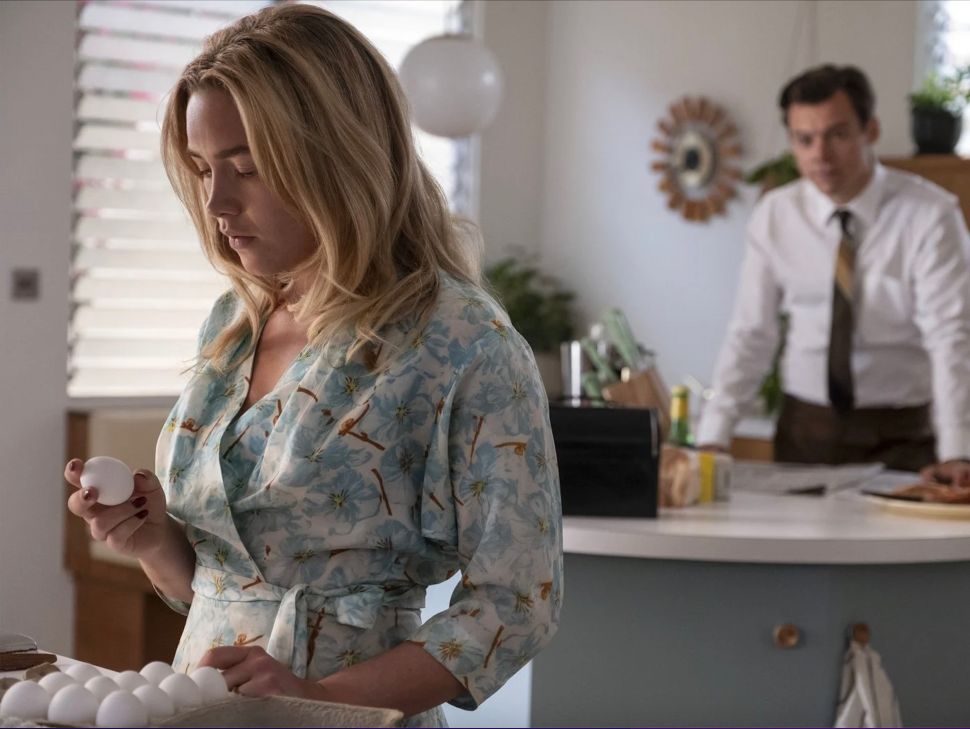