Officers with the Georgia Department of Corrections check a vehicle at the entrance to the Georgia Diagnostic and Classification Prison in Jackson, Georgia.ERIK S. LESSER/AFP via Getty Images
By Grace Kamin • 09/18/22 7:00am

At the start of the Covid-19 crisis, all states with co-pays, with the exception of Nevada, took steps to lessen the blow of medical co-pays on prisoners. In many states, co-pays were suspended for respiratory issues, in order to encourage individuals to seek help when suffering from Covid. Other states pushed this further, and suspended co-pays altogether.

As time passed, while some states continued to suspend their Covid co-pay policy, many states returned to charging co-pays, some as early as December 2020, when around 65,000 people had Covid related deaths.

Prisons are providers of healthcare. When someone enters the prison system, they are considered wards of the state, and thus the state is required by law to provide adequate care. This includes yearly check ups as well as any necessary dental, psychological, psychiatric, and emergency care.

Despite that mandate, treatment for prisoners is often inadequate. Since 2004, rates of chronic illnesses like diabetes, hypertension, asthma, and hepatitis have all increased within state prisons. Moreover, as of 2022, despite 49 percent of prisoners suffering from substance abuse a year prior to their incarceration, only 10 percent receive clinical treatment.

“We would tell the guys that if you have any serious illnesses or injuries, don’t rely on Medical to save your life,” said Gregory Turner, a former prisoner at Calhoun State Prison in Morgan, Georgia.

Medical requests can take two weeks or longer to be approved

Michael Clark, another former prisoner from a Georgia prison said it takes two weeks, and sometimes longer, within state prisons for a medical request to be approved. “If you have a cold or bug, you’ll be over it by the time they get there,” he said.

Despite this questionable quality of care, prisoners in many states are expected to pay a $5 co-pay fee for every time they see a doctor.

These co-pay charges are extracted from a prisoner’s commissary fund which is composed of the wage earned by the incarcerated person as well as any money sent from outside. In some prisons, incarcerated individuals either have no ability to earn money or can only earn a pittance: the average minimum hourly wage is $0.13 and the maximum is $0.52. Given their earning power, the co-pays are the equivalent of $200 to $500 for patients outside prison.

Dominique Harris, who was incarcerated in a Georgia prison, provided a breakdown of how the co-pay requirements affected his commissary fund.

“If your family can only send you $25 a month and you have a head cold because there’s so much dust in this very congested area, and no one has cleaned it, and there’s no air conditioning, and you’re sick, you have to pay for it,” he said. “Now you only have $10 left on your books. You have to wait a whole month for $25.”

Politicians claim co-pays save both government and taxpayers money. These co-pays, however, provide inconsequential amounts of money back into the system. Pennsylvania, for example, pays about $2 billion on its prison system annually and receives about $400,000 in copays from incarcerated individuals.

In June, Physicians for Criminal Justice reform urged Pennsylvania to end its co-pay policy, arguing that they are not only inhumane, but financially inefficient. The co-pays discourage prisoners from seeking preventative care, and illnesses that could be caught early, and cheaply, can become life-threatening and expensive.

These co-pay charges particularly impact indigent prisoners, whose families do not or cannot provide money for their commissary fund. “A lot of people do have family support, but the environment isn’t conducive to strengthening the relationship” Harris said. “The guys who don’t have family support, you see it.”

The state cannot refuse medical care, so if an indigent individual requires assistance, they will receive it. The catch, however, is that the co-pay charge is automatically deducted from their commissary fund if ever they do receive money.

“If a person had a medical four times, they would owe twenty bucks total. If ever they had a family member who put $20 on the books, it would immediately go to medical,” Lewis said. “Any kind of outstanding charge they had, they couldn’t ask for medical to take $5 now and leave $15 because they want something to eat.” 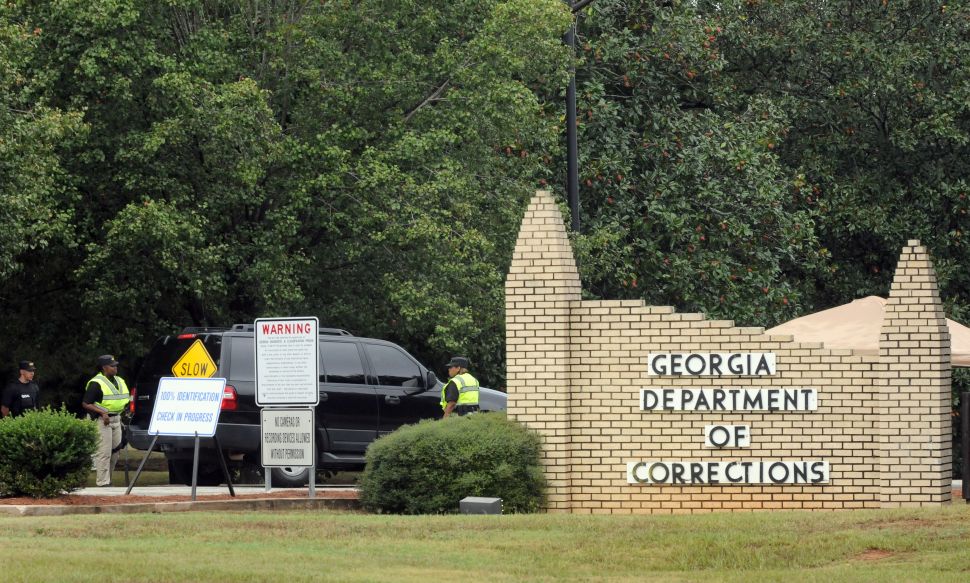