Sundar Pichai , CEO of Google and its parent, Alphabet, suggests layoffs may be in the works as the tech giant grapples with a continuing slowdown in advertising spending and the consequence of aggressive hiring during the pandemic. As of Dec. 31, Alphabet had 156,500 employees, according to regulatory filings.

Speaking at The Code Conference in Los Angeles, hosted by Vox Media on Sept. 6, Pichai told interviewer Kara Swisher he wants to make Alphabet, the parent company of Google, 20 percent more efficient. Although he didn’t share details of his plans, Pichai gave past examples of merging two products into one and reducing the size of certain teams.

“The more we try to understand the macroeconomic (environment), we feel very uncertain about it,” Pichai said. “The macroeconomic performance is correlated to ad spend, consumer spend and so on.”

Advertising is Alphabet’s largest source of revenue and is experiencing an industry-wide slowdown. In July, Alphabet posted its second consecutive quarter of weaker-than-expected earnings and revenue.

Layoffs have swept across the tech industry this year. Pichai’s remarks could mean cuts are finally hitting Google. In a July all-hands meeting, Google HR chief Fiona Cicconi said the company at the time was “not looking to reduce overall workforce” but added, “we can’t be sure of the economy in the future.” 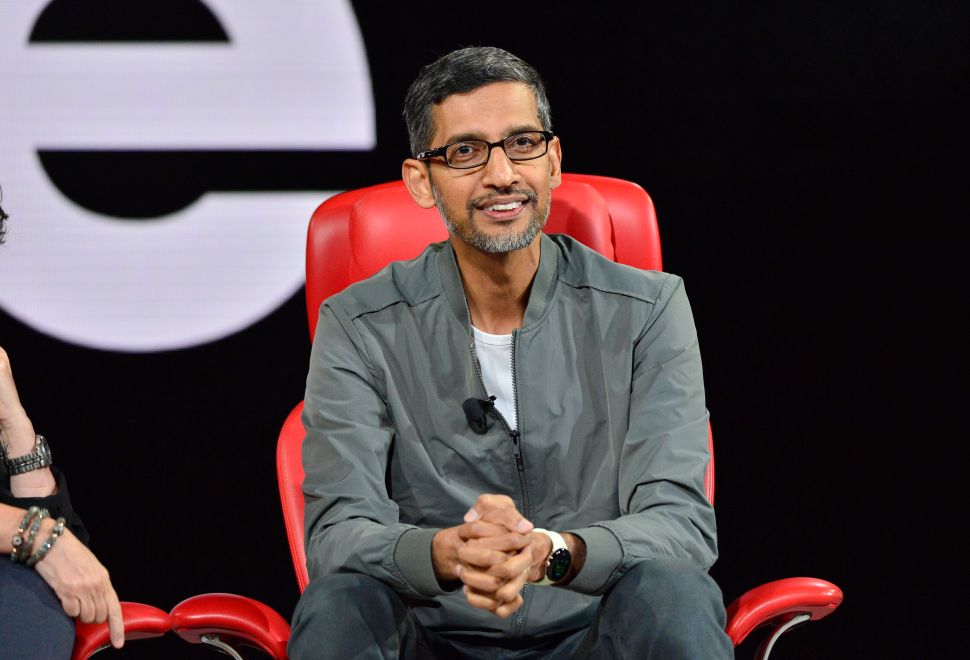