Despite a rising tide of advocates urging art museums and universities to dissolve ties with the Sacklers, a number of prominent institutions continue to display the family name. Harvard University is one of them.

Harvard Art Museums, a collection of three museums at the university, has included the Arthur M. Sackler Museum since 1985. The institution’s namesake was one of three brothers who built Purdue Pharma, which created OxyContin and has subsequently been widely blamed for contributing to America’s opioid crisis.

“Something so beautiful shouldn’t be funded by blood,” wrote activist and Harvard student David Hogg in a tweet which has garnered nearly 9,000 likes, calling on Harvard Art Museums to remove the Sackler name.

The museum was also the site of a protest in 2018 led by photographer Nan Goldin and advocacy group Prescription Addiction Intervention Now (PAIN). Goldin, who formed PAIN in 2017 after surviving an OxyContin addiction and overdose, has previously held demonstrations at institutions like the Metropolitan Museum of Art and the Guggenheim. This month, a documentary chronicling her fight against the Sackler family won best film at the Venice International Film Festival.

“The Sacklers have donated to every institution across the country you can imagine,” said PAIN organizer Megan Kapler in an interview with the Observer. “Attorney general associations, hospitals, universities, museums.”

However, the family has focused particularly on the latter two institutions in order to gain prestige and clout, according to Kapler.

The tide began to turn in 2019, when the National Portrait Gallery in London turned down a Sackler grant. Other museums followed suit, and in July of that year, the Louvre became the first major institution to remove the Sackler name, which was previously associated with an antiquity wing. The Met took down the Sackler name from seven spaces in December 2021, with similar removals occuring at the Guggenheim, Tate Modern, Jewish Museum Berlin and Tufts University.

Some institutions say removing the name would “deny the past”

“There are definitely still museums that bear their name and are still complicit in their crimes,” said Kapler. PAIN is especially focused on London’s Victoria & Albert Museum, where officials are staunchly opposed to removing the Sackler name. “We are not going to be taking names down or denying the past,” said museum director Tristram Hunt in a statement to the Guardian.

“Dr. Sackler died in 1987, before OxyContin was developed and marketed. Harvard does not have plans to remove Dr. Sackler’s name from the museum,” wrote a Harvard University spokesperson in a statement to the Observer, adding that the Arthur M. Sackler Foundation doesn’t fund the Arthur M. Sackler Museum at Harvard. In the past, Harvard President Lawrence Bacow has said removing the Sackler name or returning donations from the family would be inappropriate.

“Part of museums’ excuses for not taking the name down is that their donation came from Arthur Sackler. His side of the family has always cried his innocence,” said Kapler, who believes institutions displaying Arthur Sackler’s name still associate themselves with the rest of the family.

Another issue with Sackler naming rights is that many agreements between institutions and the family were supposed to last “in perpetuity,” making legal removal difficult, said Kapler. Naming caps, like a 50-year naming policy implemented by the Met, can help offset this issue.

However, Kapler believes one of the main reasons institutions refuse to remove the Sackler name actually has to do with other forms of funding. “Museum donors and board members are made up of weapons manufacturers, pharmaceutical owners, every kind of destructive force,” she said. “If they take down the Sackler name, will they have to reassess their other donors? I think that’s more than likely the case.” 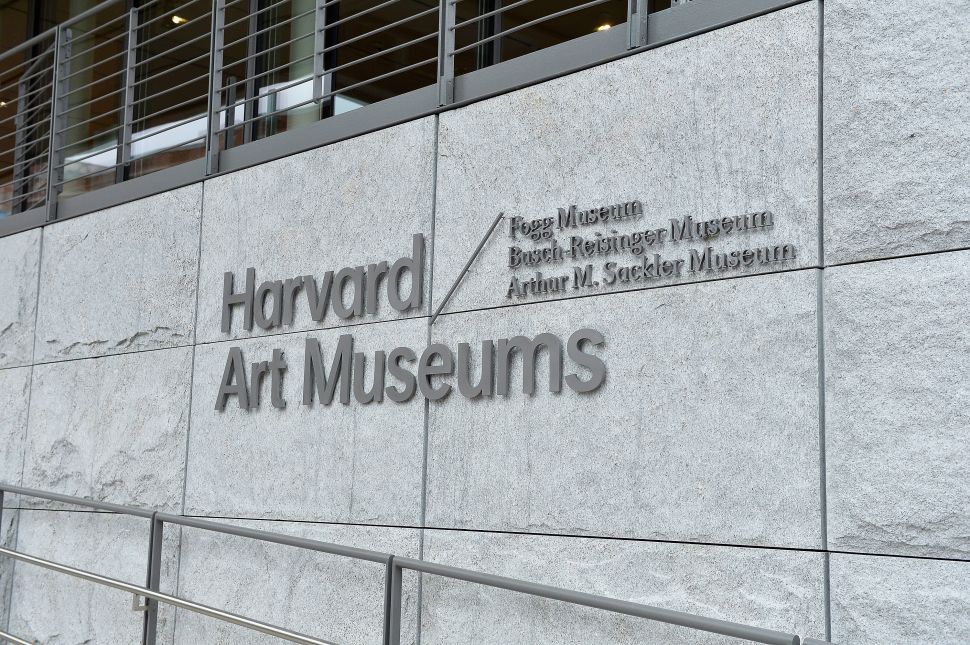