When Hocus Pocus came out in the summer of 1993, the family-friendly Halloween flick landed with something of a thud. Inexplicably released in July rather than the fall, the film got mixed reviews from critics and was a box-office failure. In the years since, however, Hocus Pocus has found a shockingly large fan base thanks to annual TV airings and, more recently, a spot on Disney+. Today, it’s a perennial favorite for lovers of Halloween. Despite that slow build, it’s surprising that it’s taken nearly three decades for the film, about three resurrected witches seeking the souls of children, to get a sequel.

That moment, anticipated by so many fans, has arrived in the form of Hocus Pocus 2, a solidly fun follow-up that understands its audience. Set in 2022, Hocus Pocus 2 not only leaps across several decades, but also reimagines itself in a more contemporary way by diversifying its cast and embracing technology. The film, directed by Anne Fletcher and written by Jen D’Angelo, introduces modern Salem, where teen girls Becca (Whitney Peak), Izzy (Belissa Escobedo) and Cassie (Lilia Buckingham) enact a yearly friendship ceremony on Halloween night. This year, Cassie is on the outs with the group thanks to her popular boyfriend. Becca and Izzy are armed with a potent candle given to them by Gilbert (Sam Richardson), who owns the Olde Salem Magic Shoppe, which was once home to the mysterious Sanderson Sisters.

Of course, fans will be immediately familiar with the sisters, who are back in identical hair and makeup 29 years later: Bette Midler as Winnie, Kathy Najimy as Mary and Sarah Jessica Parker as Sarah. The trio, who we get to see in a fun flashback as children at the beginning of the film, are accidentally resurrected—again—by Becca and Izzy and set out to seek the souls of children to maintain their youth. They’re also on the hunt for Salem’s mayor, played gamely by Tony Hale. As it’s a children’s movie, the stakes are reasonably low and danger is never too perilous. Fletcher and D’Angelo pay homage to the original by bringing back Billy Butcherson (a returning Doug Jones), a zombie who helps to deter the witches.

Like the first film, Hocus Pocus 2 is campy, high-energy and never takes itself too seriously. In one of the best scenes, the Sanderson Sisters come across a costume contest where all of the entrants have dressed up as them—including a group of drag queens. There’s a clear understanding from all involved that this should be light-hearted and entertaining. No one embraces this directive more than Midler, Najimy and Parker, who gamely embody the roles even when things get ridiculous. The new cast members, too, enjoy the ride, especially Richardson, who is immensely enthusiastic, and Hannah Waddingham, who plays a fellow witch. Although the plot is basic, rehashing elements of the original as many sequels do, it works.

Long-time fans of Hocus Pocus will have a lot of expectations for a sequel, most of which are likely met here. The special effects are better, obviously, but the vibe remains. Hocus Pocus 2 will undeniably get you in the Halloween spirit. 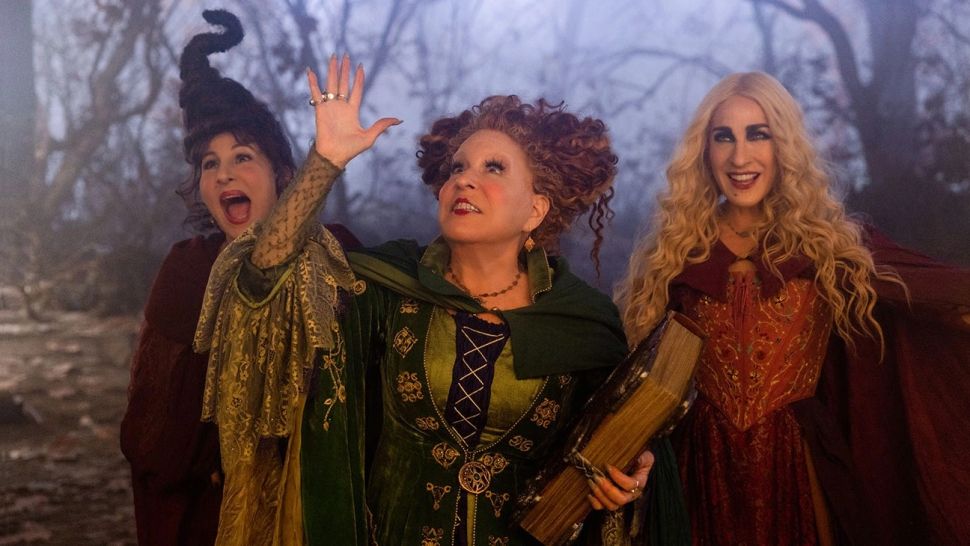