Austin Jenkins didn’t intend to go viral. The 34-year-old living in Johnson City, Tennessee started posting to 30 followers on TikTok about his job as a home inspector. Now, he’s known as Inspector AJ and has 1.7 million followers who look on as he humorously criticizes poorly built homes and points out what homeowners and renters should be looking out for.

Jenkins became a home inspector in 2018 after working as an engineer in the U.S. Army and holding various desk jobs. He began his TikTok in 2020. Jenkins’ content includes showing infractions on the new and recently sold homes he works on and commenting on other inspectors’ finds. He is sponsored by Inspection Certification Associates, a training school for inspectors widely known within the industry.

He represents a growing social media trend of authentic influencers with niche content, which Gen Z particularly gravitates toward. Jenkins told the Observer that he spends minimal time planning and editing his videos—his account acts more as a home inspector’s confessional than an influencer’s curated identity. And that’s what at least 1.7 million users want out of their TikTok experience.

What made you post your first video on TikTok?

When I first joined TikTok, I thought about posting aviation videos because I’m also a pilot. That didn’t really take off—pun intended—and I was like, “Well I’ll just post what I do for a living” and then kaboom.

I think because it’s different, and it applies to everybody because they have to have a place to live, even if they’re renting. You know, everyone deals with [home issues and home inspections] but nobody talks about it. If they have an unknown issue, they think they’re the only person in the world with it. Then they see it in a video and it clicks that we have common ground.

Do you have any sense of who your viewers are?

It’s usually viewers aged 22 to 28, and then there’s a gap, and it goes 40 and up. I get comments from people saying, “I’ve been an electrician for 30 years. What you’re pointing out is great.” Then I get the people that are like, “How do I identify and turn off a breaker?” I also get people all the time saying, “Hey man, I’m a DIY-er. What are some resources I can use to not end up in your videos?”

Do the people whose houses you’ve made videos about ever reach out?

How does that go down?

It doesn’t go down well. I’ve gotten negative pushback from a lot of listing agents and owners, and out of respect for them, I started recording videos on-site and then not posting them until the home is sold. That way, any video or comment from a user wouldn’t sway a decision for a buyer.

The biggest source of income would definitely be through Tik Tok. I constantly get invitations for sponsorships, but I’m super super picky because it has to be something that I truly believe in. I’ve actually partnered with one company—the same company that I got a pre-licensing through five years ago. I help instruct and host webinars for them. I’m kind of their social media face.

Has it made any material impact on your yearly income?

It’s probably about 30 percent of my annual income.

Where do you see yourself going with this?

If I started doing podcasts, that would be cool. My ultimate goal would be a TV show. That would be a dream item/bucket list thing. But if not, it’s not a big deal. I’m thankful that I don’t have to think of TikTok as a job at this point, because it takes no time to record one and post it later.

I think you fit into the category of people who become famous but didn’t intend to.

It is honestly the weirdest experience on the planet. For instance, last weekend I was at Bristol Motor Speedway for the NASCAR race and ended up taking about 200 photos with random people. It’s really cool because I like to talk to people. I like to hear what other people are watching that got me onto their “For You” page. I’m just a nobody from northeast Tennessee who went super viral.

Many influencers spend a lot of time and effort making their content, and you mentioned how you just quickly video something and post it. Is that where content creation is moving?

I hope so, because if you put too much thought and effort into it, it becomes like another job. My videos require little preparation and little effort, and that’s what makes it fun. And I get paid for it, so the return on investment is ridiculously high. If I ever had to get different video equipment and set up for every video, I think it would take away the realism. 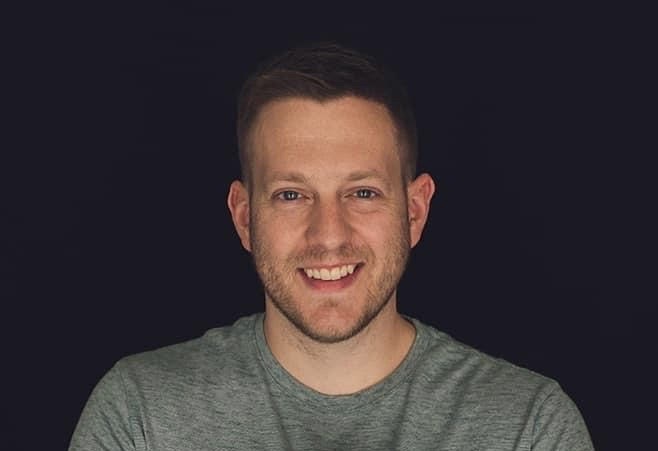