In our debased political discourse, “parental rights” has become a rallying cry for the GOP, who have proposed a “Parents’ Bill of Rights” amendment “to give control back to parents, not woke bureaucrats,” and an object of scorn for progressives, portrayed as a cynical way to air “cultural grievances.” Caricatures abound on all sides: the self-sacrificing parent, usually a mother, who stands up for children against an uncaring educational bureaucracy is the funhouse mirror image of the entitled Karen who screams unreasonable demands at beleaguered educators, the true champions of children.

The ubiquity of these simplistic archetypes shows that we’re getting the parental rights conversation completely wrong. For one, parents are not a monolithic group. Their interests are not inherently at odds with those of educators, or aligned with those of children—even their own—and yet parental participation in their children’s education is integral to its success.

White conservative mothers dominate the parental rights discourse. Activist groups such as Moms for Liberty or Parents Defending Education are its face, whether celebrated for speaking out against critical race theory, comprehensive sex education, and social emotional learning or condemned by progressives for doing the same. Educational conservatives are not uniquely white and female, but there’s historical precedent for why this image endures: a major political transformation of the last fifty years was the mobilization of precisely this demographic through local elections to resist progressive education and social policy. Building on the feminist victories that gained women access to the political sphere from which they had long been excluded, conservatives such as Phyllis Schlafly deftly mobilized fellow white mothers to resist such curricula and the broader policies to which they perceived to be connected: the Equal Rights Amendment, the Roe v. Wade decision, and desegregation. The success of these overwhelmingly white women at putting these issues on the national agenda through local organizing, and at claiming the mantle of parental prerogative more broadly, means that it’s impossible to hear the almost identical rhetoric today—about teacher brainwashing, moral perversion, and socialist agendas—and not associate it with this past activism.

Whatever you think of the archetypal angry white mother fighting for her version of educational justice, she understandably looms large. But this image of the parental activist has always been woefully incomplete. Even in terms of conservative mobilization, in the same years Schlafly organized, Mexican-Americans in California wrote letters to the editor protesting new ethnic studies curricula and minority hiring plans, for presuming their children were incapable of learning from a “blonde-haired, blue-eyed teacher.” As comprehensive sex education curricula increasingly taught about contraception and HIV-AIDS and incensed religious parents, “multicultural conservatives” often opposed such programs most fervently. Today, Indian immigrant Asra Nomani is one of the most outspoken defenders of parents’ right to resist progressive education, in part because she believes it hampers social justice.

More important than identifying the existence of conservative people of color is the fact that parents of all ethnicities and political stripes have always articulated their desires and demands about their children’s education. In the 1830s, Irish immigrants, upset that their children were taught with the Protestant King James Bible, protested this anti-Catholic bias. After the Civil War, Black parents advocated for their children to learn a classical curriculum, rather than the industrial track often presented as their only option. Eastern European transplants at the turn of the twentieth century lobbied public schools to offer instruction in their native tongues, while parents of disabled students have organized for decades to ensure their children get necessary accommodations. Some of these efforts have been more partisan than others, but all are widely seen as crucial instances of activism that often began with outrage and advocacy for one’s own child, but ultimately improved the system for many others. Indeed, bringing in more parents’ voices into education has often been seen as crucial to better serving kids, especially those from marginalized groups. Longtime educator and organizer Ernesto Galarza remarked in the 1970s that a key to educational justice was to make it easier for Latino parents “who had never dared to go to their local schools for fear and lack of confidence” to feel comfortable speaking up for their children, and by extension, the community.

We ignore this diversity at our peril, especially because our impoverished definition of parental rights is on display every day. If parents are supposed to sit back and give every unorthodox educational innovation the benefit of the doubt, what would have happened to these teenagers being systematically abused at a prominent Los Angeles public school, under the guise of progressive pedagogy? By contrast, if parents should have total say over how their kids learn, is it perfectly fine that New York City Hasidic youth graduate from high school functionally illiterate? Follow this beat and the inconsistencies become impossible to ignore: angry “mama bears” attempting to storm past unfeeling cops and administrators in Uvalde are to be celebrated, while enraged mothers attempting, now for years, to get their children into unmasked speech therapy are objects of ridicule.

Of course, who deserves accolades and who merits mockery depends on one’s politics and perspective, and until we more meaningfully define “parental rights,” we are doomed to remain in this damaging rut. The most controversial issue of the day, transgender rights, bears this out: parents who attack teachers to whom trans kids come out in confidence as “groomers” are reviled or celebrated, while the Texas decision to prosecute as child abusers parents who provide their trans child with gender-affirming medical care elicits the same divided reaction, though in exact reverse. Parental prerogative as we tend to talk about it is entirely politics-dependent.

Parental voices are not unanimous, and should not be all-powerful, nor excluded from educational decision making. Reductive parental rights discourse serves no one, especially not the children whose interests everyone loves to proclaim they protect (children’s rights is another column). Parents can be wrong – as can educators, and kids. The best we can do right now is to have the humility to admit this, and to decide to do better to secure all parents a seat at the table, where many might find that despite intense disagreement, they share a desire for their kids to have a safe, supportive place to learn, play, and become independent.  We should all be able to get behind some version of that vision. 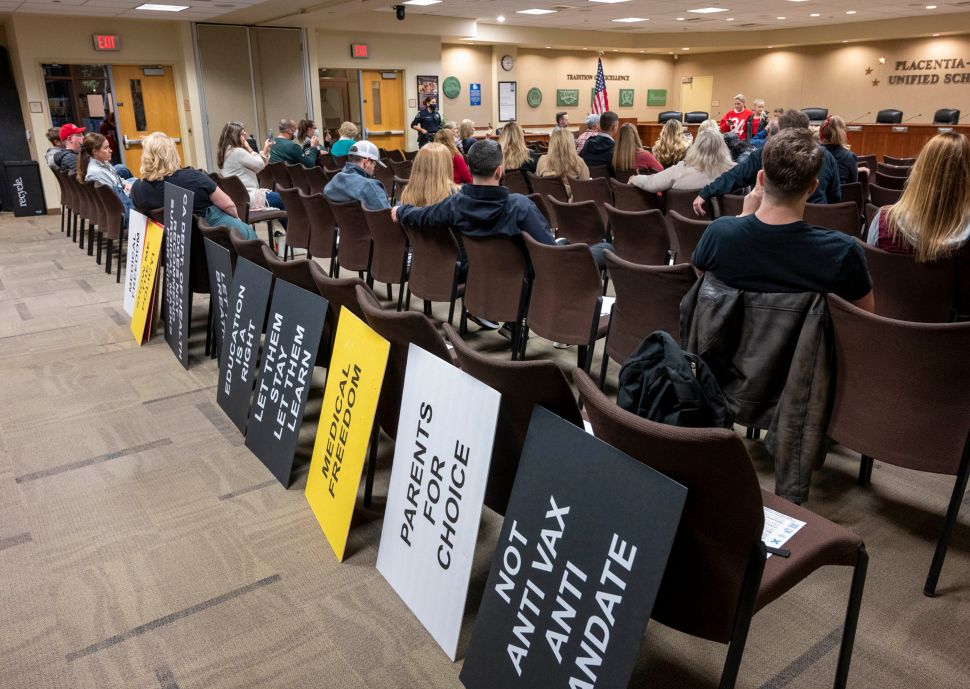