For the uninitiated, the law can be baffling.

Through their shared TikTok account @the.law.says.what, Maclen and Ashleigh Stanley work to demystify it, explaining jurisprudence and court cases to an audience of 914,200 followers. They created the account in August of 2021 to promote Maclen’s book, The Law Says What? Stuff You Didn’t Know About the Law (But Really Should!).

By breaking down important laws in a concise and entertaining way, the Stanleys hope to give more agency to viewers who want to understand their rights. They also post to YouTube and have a podcast on Patreon.

The couple met when Maclen was late to Harvard Law School’s orientation and took the last seat in the auditorium next to Ashleigh. Ashleigh, 29, now works in entertainment corporate law at a large firm while Maclen, 31, began his own firm two years ago representing victims of sexual assault, gender discrimination and sexual harassment. The couple now split their time between Nashville, Tennessee and Los Angeles.

They spoke to The Observer’s Rachyl Jones this week.

Can you tell me how you got started on TikTok?

Ashleigh: Through a lot of persuasion. Last summer, Maclen wrote a book and we found that through the process of publishing, no one promotes your book as much as you would like. He came to me one day, and he said, “let’s create a TikTok to promote the book.” And it was an absolute “no” for me.

I didn’t want to be the cringy millennial doing the trendy dances. He promised it would be about the book. It would be about law stuff. And it was still a “no” for me, because I thought no one would care. Lawyers are notoriously dry and the law is not inherently interesting to most people. The point of his book was to break down laws that everyone should know into everyday language. And so once we started talking about doing a TikTok in that vein, I decided to try it out. I didn’t think it was gonna go anywhere.

And Maclen, why did you feel like you needed to enlist Ashleigh’s help for this?

Maclen: I mean, how many Harvard law graduate spouses do you know? It’s memorable. I also thought it would be fun to do it with my wife.

Ashleigh: We work well together. We both have differing strengths. He’s very creative. I’m good at the editing side of things and more detail oriented.

Why do you think people are interested in learning about the law, especially nearly a million people on TikTok?

Ashleigh: I think people don’t know they’re interested in the law until you explain something they didn’t know that they didn’t know—if that makes sense. And I think we’re giving interpretation tools to things that people already care about.

Maclen: Right. You can articulate interesting aspects of the law in the right way, that’s engaging and sometimes humorous. I mean, there are a lot of laws in the books like jury nullification that a lot of people don’t know about, but they are very interesting. It’s just in a boring package.

Maclen: Yeah, it does. But there’s all these loopholes that are very interesting. At the end of the day, the legal system is this book of rules that humans have created to control ourselves. It’s a pretty interesting thing to learn about if you do it the right way.

Maclen, do you think your popularity on TikTok has helped you get clients?

Maclen: No, actually. And I really haven’t wanted to advertise my firm on TikTok. I advertise the hell out of my book to be honest, but they’re two different worlds to me.

Can you tell me more about how you’ve used the internet to promote your book?

Maclen: The internet has probably been my biggest promoter. It’s been primarily TikTok. We had one very successful video with a few million views. And I pinned a comment at the top mentioning that my book is out and it had more info. My publisher came back and said, “What the hell happened? You just got so many new sales.” A few hundred people bought the book from that one comment.

Do you guys have any sense of who your viewers are?

Maclen: It runs the gamut in terms of age. And most of our viewers don’t know the law. I think that is because we target topics that will get onto the “For You” page just because the topic itself is interesting. A good example is the Amber Heard trial. We added a few hundred thousand followers to our account because we did a few videos about that.

Where do you guys see this brand going in the future?

Ashleigh: Big open question. Neither of us thought it would be this big.

Maclen: We’ve had people approach us about having some kind of spinoff educational TV show and a more high profile podcast.

Ashleigh: Yeah. We just want it to be the right thing because on a personal note, our biggest issue in life right now—which is such a first world problem to have—is that at the end of every day, we both say to each other, “Where did the day go?”

So what keeps you going with your TikTok?

Maclen: I was a teacher for a little bit before law school, and I do genuinely love to educate.

Ashleigh: People tell us we’ve inspired them to go to law school, that they’re thankful for what we do.

Do you have any advice for other creators?

Maclen: Keep doing it. It did take a few months of continuous posting, building a brand and people recognizing our brand. And then it worked. So you never know, I would just say to whoever’s out there: keep trying to do it. Because it can work. 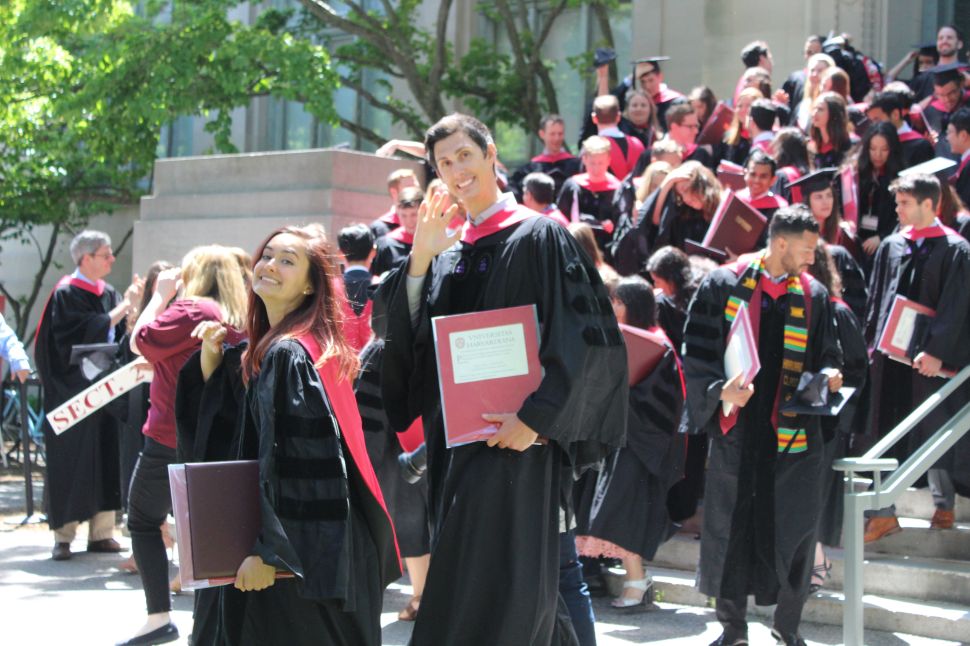