New York City Council members are attempting to end the Trump Organization’s operation of a golf course in the Bronx.

Trump Golf Links in Ferry Point has been operated by the Trump Organization since 2011 and is governed by a contract with the city set to expire in April 2023.  Members of the City Council, however, want the contract terminated in the next month, before the public golf course holds a Saudi-backed tournament. After writing a letter urging Mayor Eric Adams and Parks Commissioner Sue Donoghue to end the Trump Organization’s golf management, City Council speaker Adrienne Adams and councilman Shekar Krishnan voiced their objections to the contract at a Sept. 15 hearing.

Today, we held a hearing on the termination of the Trump Organization’s golf course license at Ferry Point Park.

Giving up or promoting the false claims of Donald Trump as an excuse for inaction doesn’t cut it.

We must take back public parkland from his criminal enterprise. pic.twitter.com/4zJZrXJAsL

Claiming Trump’s recent legal troubles and the guilty plea of former Trump Organization executive Allen Weisselberg provide grounds for early termination, Adams and Krishnan emphasized Trump Ferry’s plans to host the upcoming Aramco Team Series women’s tournament. Taking place in October, the tournament is backed by the Saudi Arabian government. The hearing included testimony from families of 9/11 victims, who voiced anger at the tournament’s connection to a government potentially involved in the attacks of Sept. 11, 2001.

In response, Trump Organization executive vice president Ronald Lieberman claimed the event is only garnering backlash because of the Trump name. “Fortune 500 companies do business with the Saudi government. It’s just part of doing business,” he said at the hearing.

Meanwhile, Mayor Adams said in statements that he’s opposed to the golf tournament but unable to legally block the event, according to Gothamist. City officials are also hesitant to end the contract early because of the potentially substantial termination fees they may face. “It would embroil the city in litigation and require a termination payment to Trump Ferry that Trump Ferry has claimed could amount to $30 million,” wrote Donoghue in a written statement for the hearing.

This isn’t the first time the Trump Organization has come under fire for Saudi Arabian golf connections. In July, protests surrounded the Trump County Club in Bedminster, New Jersey, after the golf course held a LIV Golf Tournament also sponsored by Saudi Arabia.

The 18-hole golf course in the Bronx has also been the subject of previous attempted terminations. In January 2021, former Mayor Bill de Blasio ended the Trump Organization’s management of the course on the grounds of Donald Trump’s role in the Jan. 6 insurrection. However, a Manhattan judge later decided there were no legal grounds for the termination. 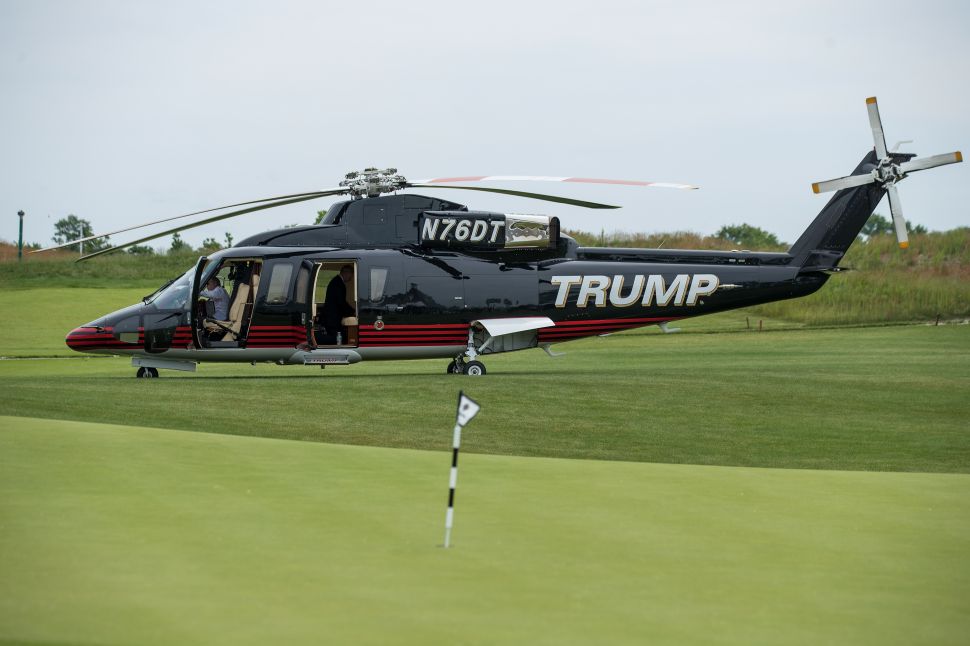