BlackRock is the largest asset manager for three of the city’s pension funds, managing around $43 billion worth of their investments. In Lander’s Sept. 21 letter, he expressed his “growing concern that BlackRock is backtracking on its climate commitments, to the detriment of its portfolio, New York City’s pension funds, and our planet.”

BlackRock has repeatedly and rightly recognized climate change as an investment risk.

Yet the world's largest asset manager has not taken the necessary steps to address it.

The world’s largest public asset manager, BlackRock had $10 trillion under management as of last year. Under Fink, the company has been more assertive about pushing companies to adopt socially responsible positions, but for some investors, its rhetoric has not matched its actions.

“The fundamental contradiction between BlackRock’s statements and actions is alarming,” wrote Lander, who demanded the company publish plans laying out how it will achieve net zero emissions, phase out high-emitting assets and support climate action. 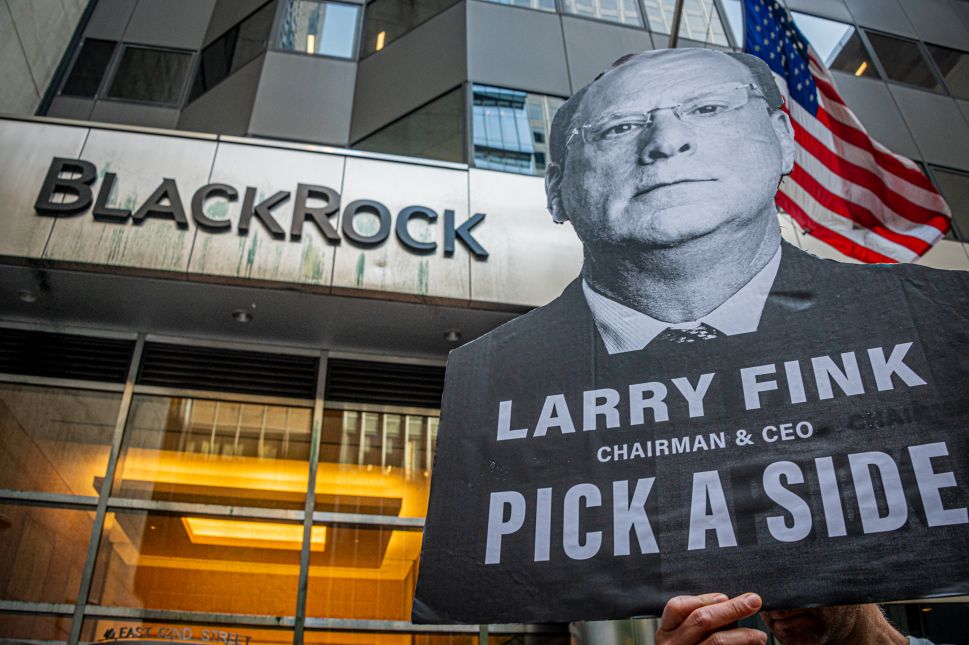