When Reboot’s struggling dramatic actor Reed Sterling (Keegan-Michael Key) reads the script for the upcoming revival of his turn-of-the-century sitcom Step Right Up, he raves that it’s a huge improvement over the old version. “It is both the funniest thing that you’ve ever read and you won’t laugh once.” Right off the bat, Reboot (created by Modern Family co-creator Steve Levitan) takes aim at self-serious prestige comedies that lack traditional setups and punchlines. In truth, it took a few episodes for Reboot itself to make me laugh out loud, but it did get there. I’m a sucker for a showbiz comedy, perpetually looking to fill the 30 Rock-shaped hole in my heart. Hulu’s new single-camera sitcom feels a bit like if you took 30 Rock and subtracted The Muppet Show (read: it’s not as good), but it boasts a game cast and a decent helping of Hollywood in-jokes and industry commentary. While it could use a bit more bite, Reboot mostly practices what it preaches: that the modern, cerebral streaming comedy and its corny, formulaic broadcast ancestor each have something to learn from the other.

Reboot stars Rachel Bloom as Hannah, a young filmmaker hot off the success of her edgy indie dramedy Cuntsaw. When she’s invited to pitch a new series to Hulu, she surprises the streamer’s executives by proposing something mainstream and marketable: a revival of a popular old sitcom called Step Right Up. Step Right Up’s premise is so simple that Reboot never even has to directly explain it (a young boy’s deadbeat biological father moves in with his mother and stepdad), but Hannah plans to bring it into the 21st century via emotional realism and complex morality. Her plans are dashed when the show’s original creator and showrunner Gordon (Paul Reiser) worms his way into the writers’ room, forcing the two of them to find a compromise between their opposing ideas about comedy while simultaneously working out their conflicts with each other through the characters on their show.

The dynamic between Hannah and Gordon has its own unique wrinkles, but it’s also evocative of the tug-of-war between 30 Rock’s neurotic liberal creative Liz Lemon and cynical corporate hack Jack Donaghy. Rather than being divided on class and ideological lines, Reboot’s reluctant partners are from different generations, on opposite sides of an ongoing cultural revolution around sensitivity and inclusion. Early episodes chronicle the search for common ground between their respective contributions to the writer’s room, the out-of-touch old guard (scene-stealing turns from Fred Malamud and Rose Adboo) and their easily-offended younger counterparts (the more understated Kimia Behpoornia and Korma Danquah, with Dan Leahy’s gay millennial character sort of splitting the difference). Both sides of the age gap are the butt of jokes, but there’s a definite preference towards the baby boomers, who get most of the laugh lines during their tête-à-têtes with the young guns.

Their conflicts mirror Reboot’s own struggles to find a pace and tone. Like most sitcoms, Reboot takes a few episodes to settle into itself and for its cast and writers alike to figure out what makes the characters tick. Keegan-Michael Key plays Reed Sterling, the tightly-wound “serious actor” whose dramatic career never took off and now finds himself back on the sitcom he abandoned 20 years ago. Unsurprisingly, the Key & Peele veteran is at his best when he gets to cut loose with broad character work, but the first season mostly sees him playing the awkward straight man trying to hold it together. Judy Greer is at home playing his chaotic opposite number, Bree Marie Jensen, a narcissistic actress who was, until recently, the Dutchess of a made-up Scandinavian country. Greer, too, shines brightest when she gets to go big, and is blessed with more opportunities to do so. Surprisingly, it’s Johnny Knoxville who has the best handle on Reboot’s quieter material as Clay Barker, a worn-out bad boy comedian who’s trying to clean up his life. Knoxville scores some of the season’s biggest laughs by underplaying cartoonish sight gags. (Sometimes comedy is as simple as “casually raising a ziploc bag of orange slices into frame.”) The sweet spot for all three of these leads is to play them each as slightly more heightened than the handheld, single-camera sitcom visual language of the show would imply. Where early episodes attempt to button scenes with a punch zoom on a character’s blank face a la The Office, later installments contain more, well, actual jokes.

Not all of the wrinkles have been ironed out by the end of the season. The show-within-a-show’s fourth lead, Zack Johnson (Calum Worthy) remains a one-note character, with the joke being that he still behaves like the child he was when Step Right Up was originally on the air. In some ways, he’s Reboot’s Tracy Jordan, a brainless actor whose entourage (in this case his mother) does his thinking for him and lives off the profits from his roles in various bizarre movies that his co-stars have never heard of. However, where Tracy’s childishness was a limitless source of conflict for 30 Rock’s “adult” characters, Zack is Reboot’s most expendable character. He’s usually paired up with Elaine (Krista Marie Yu), a software prodigy who has unexpectedly become Hulu’s Vice President of Comedy after a series of corporate mergers. (This, too, is a very 30 Rock joke.) On paper, the two make a good duo. Elaine skipped childhood and knows nothing about television, whereas Zack never grew up and only knows about television. The trouble is that Reboot is far too nice to both of them. Zack’s immaturity is only good for an occasional mild misunderstanding, and Elaine mostly serves as a foil to Zach, which feels like a waste of both characters.

The rest of the cast enjoys strong chemistry that bears further exploration in future seasons. The interplay between Rachel Bloom and Paul Reiser is typically the best part of any episode, to the extent that I wish they and the writer’s room were central to more stories. It’s a shame that Reboot doesn’t feel fully, well, booted until towards the end of its short season, especially given how eager streaming services are to bring the axe down on new shows. In truth, Reboot may have been better off with a traditional network TV season order of 13 or 20+ episodes. (Reboot would be no worse without the handful of F-bombs and flashes of nudity that preclude its broadcast on ABC.) As it stands, I’m not sure the current volatile television landscape has the patience required for a simmering sitcom to reach full boil. Personally, I’m rooting for Reboot to get a second season, but if it doesn’t, I suppose I can just wait until they try this premise again in 20 years. 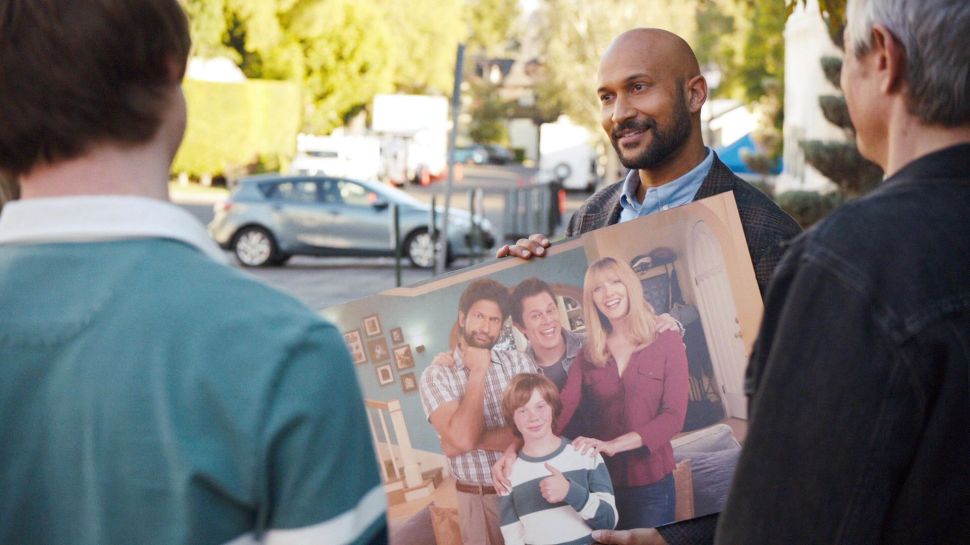