Samuel L. (for Leroy) Jackson could have had a quite different career had his dream of bringing The Piano Lesson to Broadway not been deferred. In 1987, he originated the role of the hot-headed Boy Willie in that play—August Wilson‘s second Pulitzer Prize winner and the fourth of ten plays spanning every decade of the 20th century—when it first opened at the Yale Repertory Theatre, and hoped to make his Broadway debut with it.

“I only did it because Charles Dutton was doing Crocodile Dundee ll at the time,” he told a group of theater scribes last week. “I had the opportunity to create Boy Willie at Yale Rep and got very attached to it—probably a little too much. When it got to Broadway, I was Dutton’s understudy—and devastated that I wasn’t going to make my Broadway debut. I was drowning myself in a drug-fueled kind of craziness and ended up in rehab, which started a whole other journey for me.”

In 1981, while doing another Pulitzer Prize play—Charles Fuller’s A Soldier’s Play, with Adolph Caesar, Denzel Washington, Larry Riley and the Negro Ensemble Company—Jackson was seen by Spike Lee, who was impressed enough to put him in School Daze and Do the Right Thing. Soon, other filmmakers were hiring him for Goodfellas, Jurassic Park and True Romance. By the time Pulp Fiction came along, Quentin Tarantino wrote role expressly for Jackson, who gave it an iconic, Oscar-nominated read. Die Hard with a Vengeance and A Time to Kill followed.

Also: Thor, Captain America, The Avengers, Django Unchained—the blockbusters began adding up. The Guinness World Records now considers Jackson “the world’s highest-grossing actor.” Last March, he got an honorary Oscar to that effect. It’s the first Oscar ever given for box-office performance. Spread across 152 movies, he has grossed $27 billion.

As for The Piano Lesson on Broadway, he went out there a lowly understudy in 1987 and now, in 2022, is coming back a megastar. A 17-week revival begins Sept. 19 at the Ethel Barrymore, with him as an uncle/referee in a sibling rivalry between Boy Willie (John David Washington, son of Denzel) and Berniece (Danielle Brooks, The Color Purple’s Sophia); she wants to hold on to their prized heirloom piano, preserving family history, and he wants to sell it to buy land and build a fortune. Constanza Romero, Wilson’s widow, said the play is about what to do with your legacy.

“It’s interesting to come back in this way,” Jackson relayed, “to listen to John David create Boy Willie and find my way into my own character, in terms of who I am and how I’ve matured as an actor—being able to step into it and support the play in different ways than I was able to support it before. I’m at that point now where I don’t mind listening to what she has to say every day.”

“She” would be the play’s director, his wife: LaTanya Richadson Jackson, who did time with August Wilson (Joe Turner’s Come and Gone) in 2009, earned a Tony nomination for A Raisin in the Sun in 2014, and last acted on Broadway as Calpurnia in To Kill a Mockingbird in the 2018-19 season.

Going from actress to director was not difficult for her since both of these roles have the same goal: to serve the playwright: “I’m approaching it from the standpoint of ‘Look, I’m a servant here, to lift what August has given us.’ I’m only trying to amplify that in a creative way. Obviously, I have the controlling factor, but I feel the least encumbered by all of that. I’ve been with Sam for 53 years, and it’s become a coded situation to talk to him. It’s tender. I’m not going to say it’s not, but we’re there to service August’s work. Sam is very determined about what he knows, and I must agree he knows a lot—not more than me, but it’s different. I’m trying to connect him if he’ll allow me, to usher him in a certain way. He’s been very good about that—vocal, but at least he’ll do it.”

Brooks had a previous, and important, brush with her character, Berniece. “Berniece’s monologue was my audition piece to get into Juilliard and start my journey as an actress,”she said. “The thing that I love about August Wilson is that, yes, he brought to us Black stories, but they are universal stories. They are heart stories, stories that everybody can relate to. That’s why I chose to take this path. When I was in high school and did that monolog for a bunch of white donors, they all came back to me and said, ‘Oh, my gosh! I relate to this.’ I feel August Wilson has provided us a way into everyone. During this pandemic, a lot of people have lost family, lost connection. I think this story reminds us to build, to reconnect, to not forget. That’s why this is still relevant today.”

Michael Potts, who’s the relatively worldly Wining Boy in the play, seconded the motion about Wilson’s relevance to today—particularly when he tells Boy Willie that a colored man can’t fix the law. “In this particular play, Wining Boy is the philosopher, the one who’s traveled the most in the entire family and seen more of the world. He has a greater experience of what it’s like out there for a Black man. He’s seen how the law works in favor of the white man and not necessarily in favor of the Black man. I love that speech because, unfortunately, it still has the same resonance—the feeling that the law applies differently when it comes to white men and Black men. To be able to stand flatfooted on stage and say that to this captive audience—it’s a gift to be able to do that.”

Wilson’s widow agreed: “I made the decision to name his ten plays The American Century Cycle because any story of people oppressed is also the story of the oppressor. His stories are American stories, and we need to know where we have been in order to know we are going. This movement of Black Lives Matter—August, in all his plays, was yelling loud and clear Black Lives Matter.”

For Fisher, getting cast in an August Wilson play at the Ethel Barrymore is a full-circle moment. “The Barrymore is one of the theaters that I used to bartend in,” he confessed. In fact, Fisher was bartending in the lobby while Denzel Washington and Viola Davis were giving Tony-winning performances on stage in the 2010 revival of Wilson’s first Pulitzer Prize play, Fences, “and now I’m getting to be in a play with another member of the Washington family.”

Viola Davis won an Oscar for the 2016 movie version of Fences, and Denzel Washington received an Oscar nomination, as did August Wilson posthumously. It was the first time Wilson had ever received screenplay credit for one of his plays. The second time will be for the movie version of The Piano Lesson, which Denzel Washington is producing for Netflix—with the cast of the current revival intact. 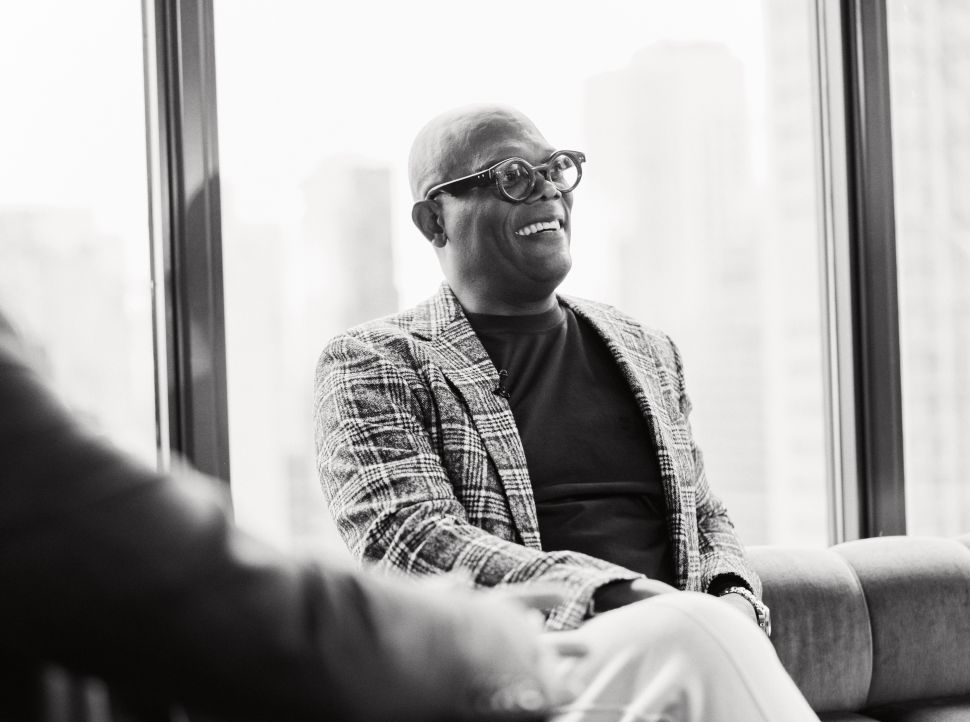