Sotheby’s is entering the primary art market, with a new initiative to sell work directly from artists and galleries.

Artist’s Choice, the auction house’s new sale channel, is set to launch on Sept. 30 at Sotheby’s Contemporary Curated auction in New York. Seven works from artists such as Alexandre Lenoir, Atushi Kaga and Todd Gray will be offered, with estimates ranging from $15,000 to $120,000. Of the sale price, a 7.5 percent donation paid by the artist and gallery and matched by Sotheby’s will given to an institution chosen by the artist. Artists and galleries will receive the rest of the sale proceeds and decide amongst themselves how to split it, while the auction house collects a 25 percent buyer premium.

“This is not a standalone new auction, we’ll be integrating Artist’s Choice into standing Sotheby’s sales,” said Noah Horowitz, head of the new initiative as well as Sotheby’s Gallery and Private Dealer Services. While this isn’t the first time auction houses have crossed over into the domain of art galleries, it’s not yet clear if the move will threaten dealers working in the primary art market.

Should mid-sized galleries be worried?

“It’s a cyclical thing,” said art advisor Todd Levin, director of Levin Art Group. “Auction houses have gotten in and out of the primary market numerous other times,” he said, pointing at Christie’s former operation of two galleries in New York and London.

Sotheby’s and Christie’s enter primary markets when the industry slows down and the auction houses have time for other ventures, said Levin, who believes the delineation between auction houses as a secondary market and galleries as a primary market have blurred over the years as territorialism in the art market breaks down. “Those battle lines have long been crossed and erased multiple times over,” he said.

While Levin believes this new venture will have little impact on larger established galleries, medium sized and younger galleries may be concerned about Sotheby’s snatching away artists they have spent years developing. “It would be great if the auction houses would just stay away from the smaller, middle-tier and younger galleries,” he said.

However, Horowitz said the venture will benefit smaller and mid-size galleries and the artists they represent. “The goal here was, as we see these lines blurring, how do we do this in our way that creates a win-win for all the various parties?”

Other art dealers agree. “I don’t see it is a competition,” said Keith Schweitzer, director of SFA Projects gallery based on the Lower East Side. “If artist stop participating with galleries, gallery programs would be threatened. But this looks like the artist and gallery will be doing it together.”

However, Schweitzer isn’t so sure about whether Artist’s Choice will make a significant impact in the art market. “Because it’s Sotheby’s, it’s not that revolutionary,” he said. “My fear is if they’re going to be working with galleries that they normally engage in. Then it just becomes a big echo chamber.” 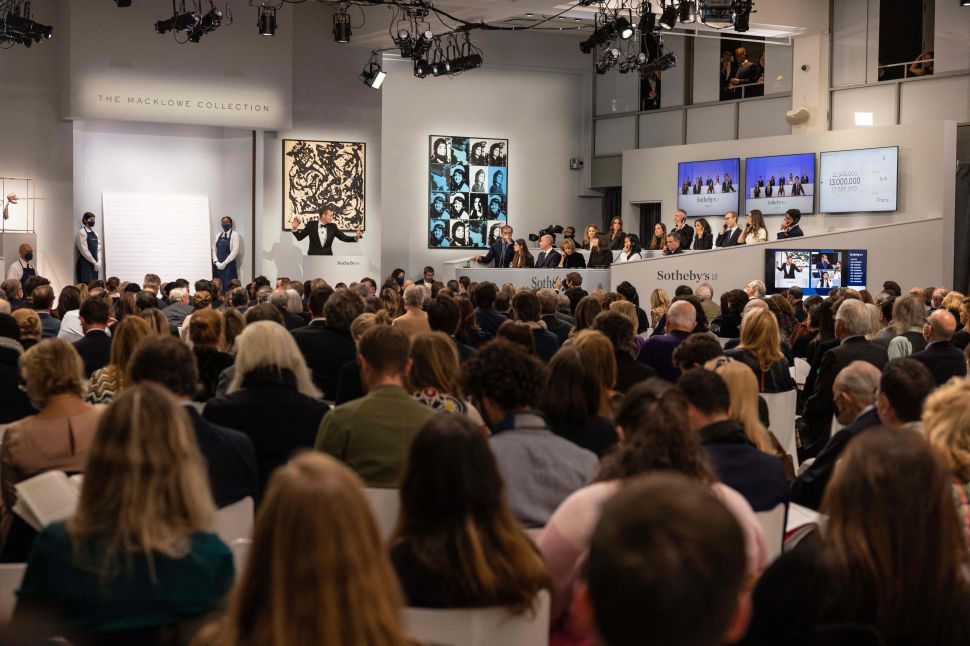