Starbucks intensified its anti-union campaign with the rollout of new benefits for non-unionized employees yesterday. (Sept. 12). Starting Sept. 19, these workers can take advantage of a new student loan repayment tool and start a savings account with the company.

The move is the tactic that’s become well-known to Starbucks organizers. In May the company announced wage hikes for non-unionized workers, giving employees who have been at the coffee chain for two to five years at least a five percent pay raise. Starbucks has said this move is legal because U.S. labor law forbids companies from making changes to pay or benefits for unionized workers without first negotiating in good faith collective bargaining with the union. But labor advocates say such moves are intended to thwart organizing efforts.

While extending benefits to non-union workers has gotten Starbucks into hot water with the National Labor Relations Board, the tactic appears to be helping quell organizing activity at the company. The number of filings for union elections at Starbucks stores fell by nearly 70 percent between May and July, according to an analysis by Matt Bruenig, founder of the think tank People’s Policy Project. Peter Saleh, an analyst with financial services firm BTIG, wrote in an Aug. 31 note that recent wage hikes for non-union Starbucks workers may be “having an adverse effect on the labor unions, with the number of stores filing for a vote declining to the lowest level all year in August.”

As of Sept. 12, 236 Starbucks stores had voted to unionize, while 52 had voted against a union, according to the NLRB. Despite the success of these union drives, Starbucks management had only started bargaining for a contract with three unionized stores as of August. Union workers at the company’s flagship Seattle roastery store are going on strike “to protest Starbucks’ aggressive union-busting campaign” today (Sept. 13) while the company presents its “reinvention” plan to investors. 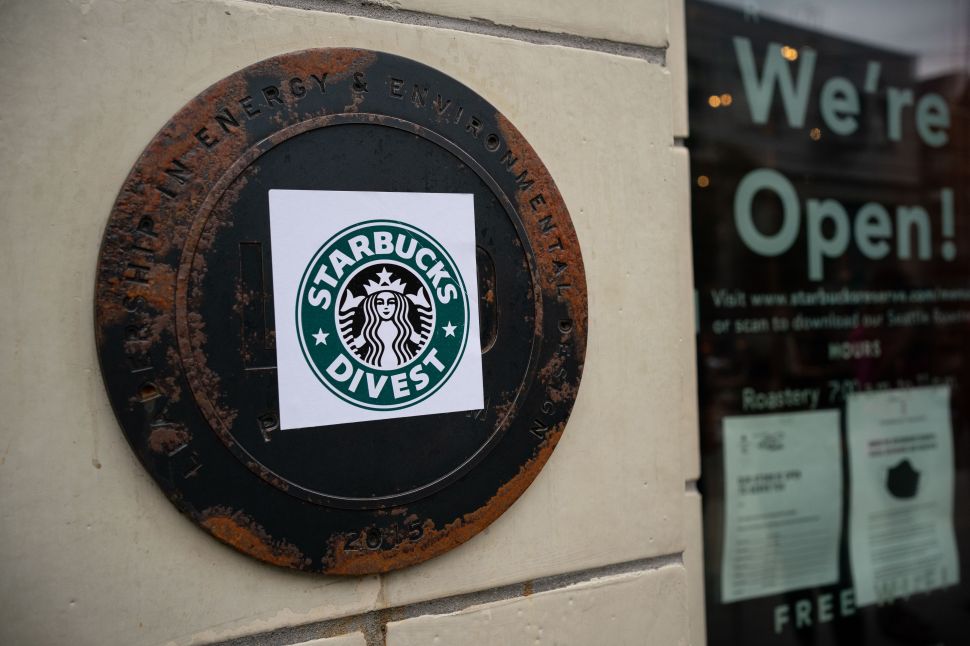