A hearing officer for the National Labor Relations Board (NLRB) has dismissed all of Amazon’s objections to a successful union election at the retailer’s JFK8 warehouse in Staten Island, clearing the path to certifying the results. In March JKF8 workers voted to join the independent Amazon Labor Union, marking the first union victory at the retail giant. Rather than recognizing the union Amazon took it to court, filing 25 objections with the National Labor Relations Board alleging the ALU and the Brooklyn-based region of the board itself (Region 29) “suppressed and influenced” the outcome of the election.

After conducting a Zoom hearing over 24 business days, hearing officer Lisa Dunn recommended “that the employers’ objections be rejected in their entirety and that Amazon Labor Union be certified as bargaining representative.”

Both parties will have until Sept. 16 to file exceptions to the hearing officer’s report, after which the NLRB will either issue an order for a re-run election, or to certify the election. ALU president Chris Smalls said the results of the hearing prove “that our campaign was power.” 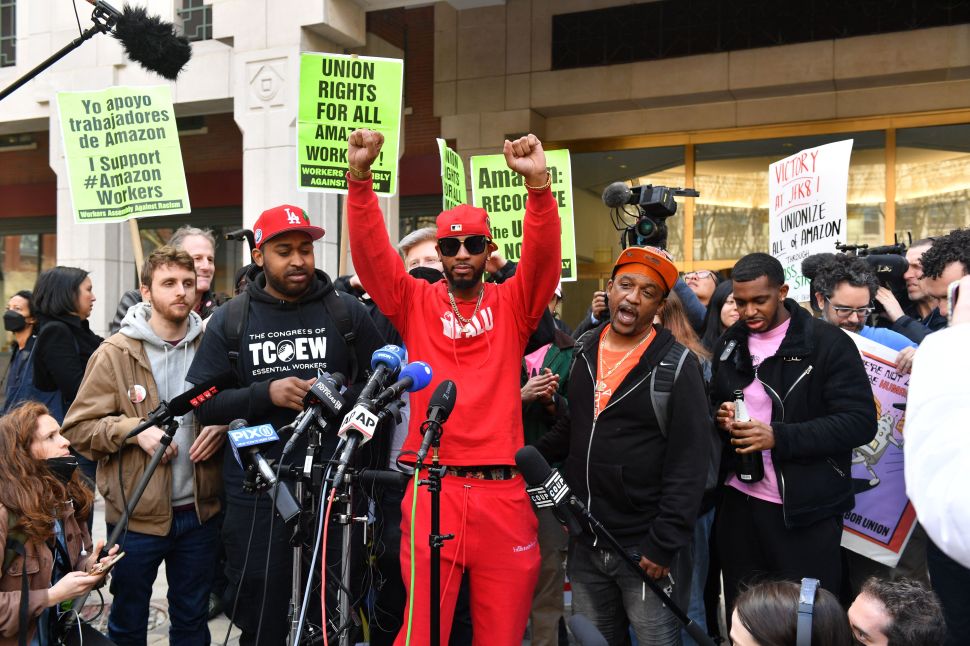