The Department of Homeland Security temporarily waived a century-old law yesterday evening (Sept. 28) that was blamed for holding up vital supplies from Puerto Rico. The U.S. territory is still dealing with the aftermath of Hurricane Fiona, which hit the island more than a week ago. Hundreds of thousands of residents on the island are without power, and fuel supplies are dwindling.

A foreign tanker carrying 300,000 barrels of diesel fuel had been barred from entering Puerto Rico due to the Jones Act, a law dating back to 1920 that requires U.S.-flagged ships, staffed by U.S. crews, to carry goods between American ports. Unions have historically backed the law, as it protects the U.S. shipping and maritime industry from foreign competition, but Puerto Rico asked for a waiver to allow foreign ships to deliver fuel.

Alejandro Mayorkas, President Joe Biden’s Secretary of Homeland Security, said in a statement he granted a “temporary and targeted” Jones Act waiver “in response to urgent and immediate needs of the Puerto Rican people.” At the same time, he called the Jones Act “vital to maintaining the strength of the American shipbuilding and maritime industries.” 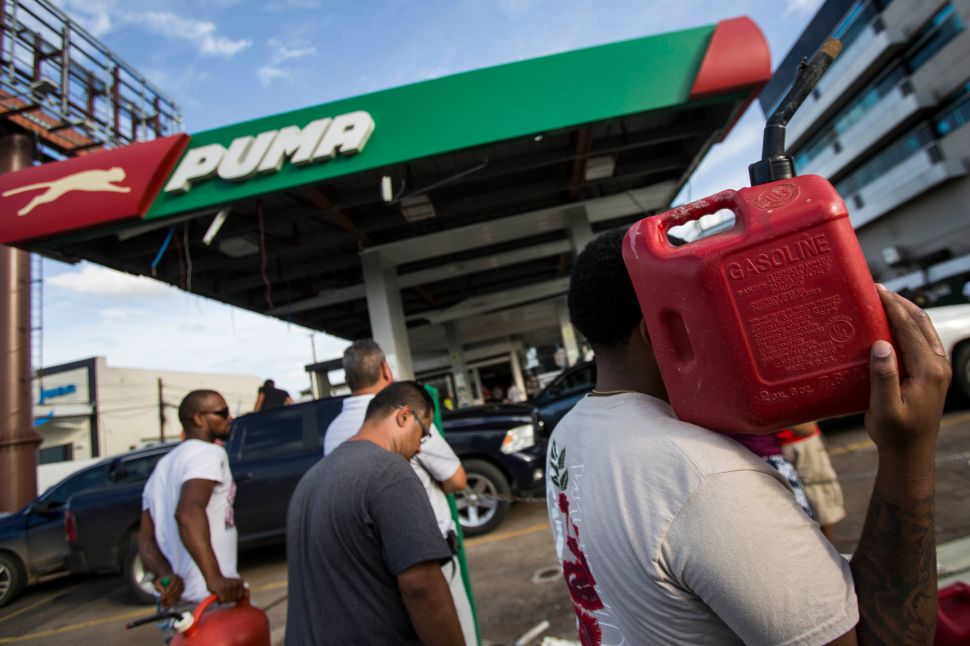