Major League Baseball fans might have noticed game attendees behind home plate this weekend with sinister grins on their faces, completeely inert throughout the game. The characters—which stood out on television due to their brightly colored clothes and creepy smiles—were part of a marketing stunt for the horror movie Smile, which will premiere in theaters on Sept. 30.

These walking promos for the horror movie #SmileMovie are hands down some of my fave! Who wants to sit like this with me at Oracle? 😬 pic.twitter.com/qYcoU9OqOh

The rise of streaming means producers must now weigh whether to release a movie in theaters or go straight to streaming. Marketing for a theater release can cost tens of millions of dollars, but ticket sales can also be a major revenue source. A movie’s marketing team can drive buzz by going viral on social media—Olivia Wilde’s Don’t Worry Darling can likely attribute some of its opening weekend success to the behind-the-scenes drama that circulated on Twitter and TikTok. Smile’s nontraditional marketing route of scaring the bejesus out of MLB fans engaged not only sports fans, but millions of social media users.

Ethan Simmie, a TikTok creator with content revolving around movies, posted about the stunt to more than 8.5 million viewers who he told, “I know nothing about this movie other than the fact that it’s going to be scary, and I will be going to see it because of [the marketing].”

#SmileMovie has some of the best marketing out right now! So creepy and compelling on how this took the internet by storm! pic.twitter.com/V4UqrQK3QU

Over the weekend, these chilling smilers appeared at the Rex Sox vs. Yankees game, Mets vs. Athletics game, Cardinals vs. Dodgers game and even behind Hoda Kotb and Al Roker on Good Morning America. Tickets for these games likely cost the marketing team a few thousand dollars each, which is small potatoes compared to the millions that other movies regularly spend. On average, marketing and distribution costs producers $35 million.

This made my night 😂😂😂 #SmileMovie pic.twitter.com/peQbyclDbC

In Smile, Dr. Rose Cotter, played by 13 Reasons Why’s Sosie Bacon, experiences a traumatic event with a patient and unexplainable things begin happening to her. She can only escape the terror taking over her life by facing her own troubled past.

Once you see it, it won’t let you go. #SmileMovie pic.twitter.com/nIsGQu7lZH 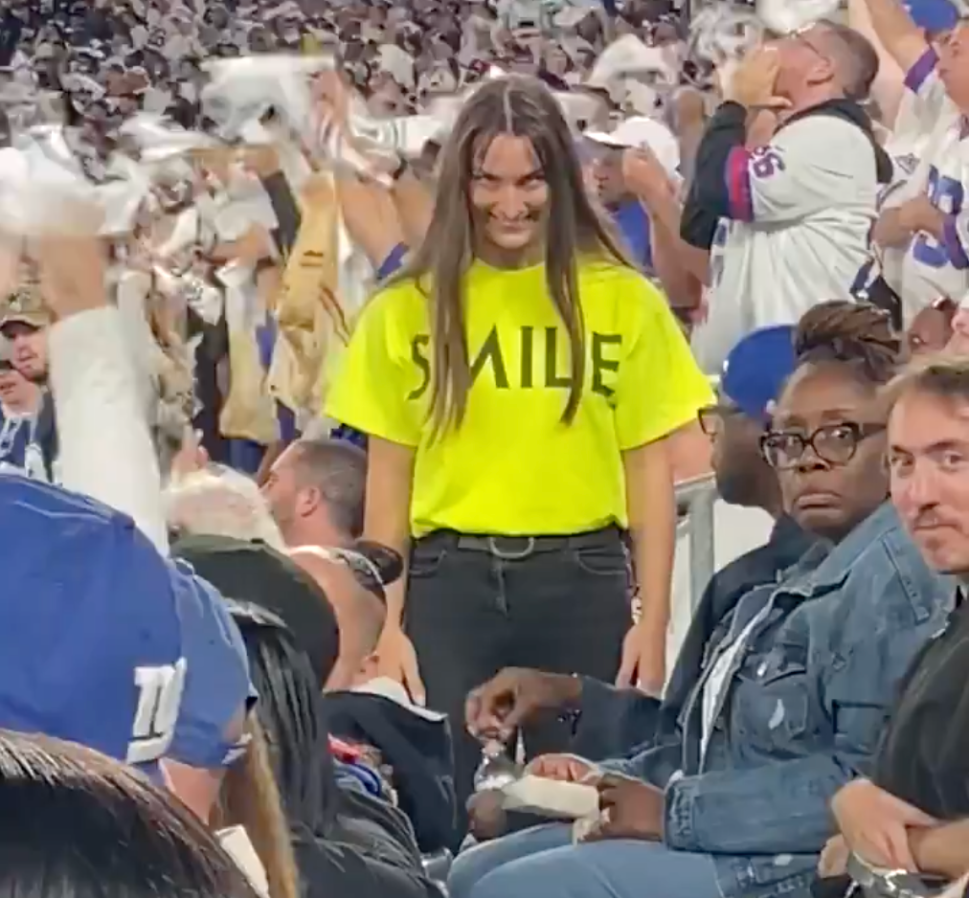