The Good Fight may be streaming television’s most underappreciated drama, and it’s easy to see how that happened. Where its sister series, The Good Wife, stood out as a last bastion of ambitious broadcast television, The Good Fight debuted on the fledgling streaming service CBS All Access in 2017. For six months, The Good Fight was the only scripted original series on All Access, and it has taken years for the platform — now called Paramount+ — to accumulate a competitive market share. And so, Robert and Michelle King’s elevated courtroom procedural, once a barracuda in a guppy pond, disappeared into the internet’s ocean of Content. In truth, The Good Fight has always been at least as compelling as its predecessor, interrogating the bizarre realities of post-2016 America better than any other series this side of Atlanta. Its final season, which premieres on September 8th, finds the attorneys of Reddick & Associates trying and failing to ignore the collapse of their society, play-acting a legal drama in which the law ultimately has no meaning.

The season finds Diane Lockhart (Christine Baranski) returning home from vacation to a Chicago that’s in a state of perpetual unrest. For the entirety of the season (or at least, the five episodes Paramount offered me as a preview), every time Diane or one of her colleagues looks down from their office window or walks to their car, there are throngs of protestors clashing with police, clouds of tear gas, even explosions. It’s one of the many ways that The Good Fight captures our contemporary dread by exaggerating reality only very slightly, like a sci-fi series set “five minutes in the future.” Diane scrolls through news headlines that are barely heightened (“Amazon Warehouse Employees Die From Overwork”) right next to one that’s patently absurd (“Mayor Wants to Ban Dogs”). Like everyone else in her office (and probably yours, too), Diane combats her feelings of powerlessness by adhering to her routines, although she also gets a little help from the handsome Dr. Lyle Bettencourt (John Slattery) and a totally legal prescription hallucinogen called PT108. The series has followed Diane’s gradual evolution from an avowed Clintonista certain of the stability of liberal democracy into a benign nihilist who has stopped trying to make sense of a world that would elevate Donald Trump into power. She has resigned herself that the society of polite debate so prized by wealthy moderates like herself has already collapsed, but rather than becoming fully radicalized, she has landed at “Turn On, Tune In, Drop Out.”

Much of the season’s actual legal drama doesn’t involve Diane at all, as name partner Liz Reddick (Audra McDonald) and her new, corporately-appointed contemporary Ri’Chard Lane (Andre Braugher) wrestle over control of the firm. Braugher is a welcome addition to the cast, with his character restoring some of the boisterous energy lost when Delroy Lindo’s Adrian Boseman left the firm last season. Now that Liz and Diane have made peace, Liz needs a new self-important, fashion-forward nemesis, and Ri’Chard and his endless supply of statement frames fit the bill nicely. The season’s standout performer, however, is Charmaine Bingwa as Carmen Moyo, a first year associate who spent Season Five carving out a niche for herself as the defender of Chicago’s biggest crime lords. Carmen has become The Good Fight’s most fascinating character, one for whom I would eagerly cry “spin-off!” if I didn’t think that might dilute her intrigue. Instead, my first choice to lead the hypothetical third Good series would be investigator Jay Dipersia (Nyambi Nyambi), who so often serves as the show’s everyman, a quietly clever gumshoe who faces the same cultural crisis as the rest of the cast but without the six- or seven-figure income.

Alas, this season of The Good Fight feels like a curtain call not only for this series, but for the universe in which it’s set. Some of its weekly cases feature returning characters not seen since years, like Alan Cumming’s acid-tongued politico Eli Gold, or Carrie Preston’s scatterbrained attorney Elsbeth Tascioni, each of which feels like a farewell. And, as much as I’d enjoy digging deeper into Robert and Michelle King’s Chicago, this season does contain signs that The Good Fight has run its course. Diane has been managing her Trump-era anxiety with mind-altering drugs on and off for five seasons, and there’s not much new territory to explore there. In something of a repeat of the Pee Tape storyline from Season 2, Liz begins receiving phone calls from someone claiming proximity to a prominent conservative, and must vet whether or not her compromising information is legitimate. The fact that some of this year’s plots and imagery are familiar is acknowledged in the text as proof that the characters are trapped in an endless loop in which nothing ever gets better, but that’s the closest thing the season has to a unifying structural gimmick. Oddball digressions such as Jonathan Coulton’s Schoolhouse Rock-style musical explainers or brief visits to alternate realities are absent, and overall this season feels slightly more conventional than its predecessors. As much as I’ll miss it, The Good Fight is making a pretty good case for why it should come to an end.

Most of what has made the show great is still present: its surrealist bent, its utter cynicism about law and government, its just-over-the-top parodies of new technologies and their legal and social implications. The Good Fight is one of the harshest criticisms of wealthy American liberalism to come out of wealthy American liberalism, an essential document of an era during which so many Diane Lockharts learned that the America that they’ve believed in their entire lives is essentially a waking dream enjoyed only by the privileged and naive. It’s a refreshing and fascinating look at the death of an ideology, told not from a position of smug satisfaction, but from one of mourning. It’s as essential a perspective on our present, slow-motion revolution as any other. In twenty years, when my kid asks me what the world felt like when they were born, I will answer with Boots Riley’s Sorry to Bother You, Bo Burnham: Inside, and The Good Fight. 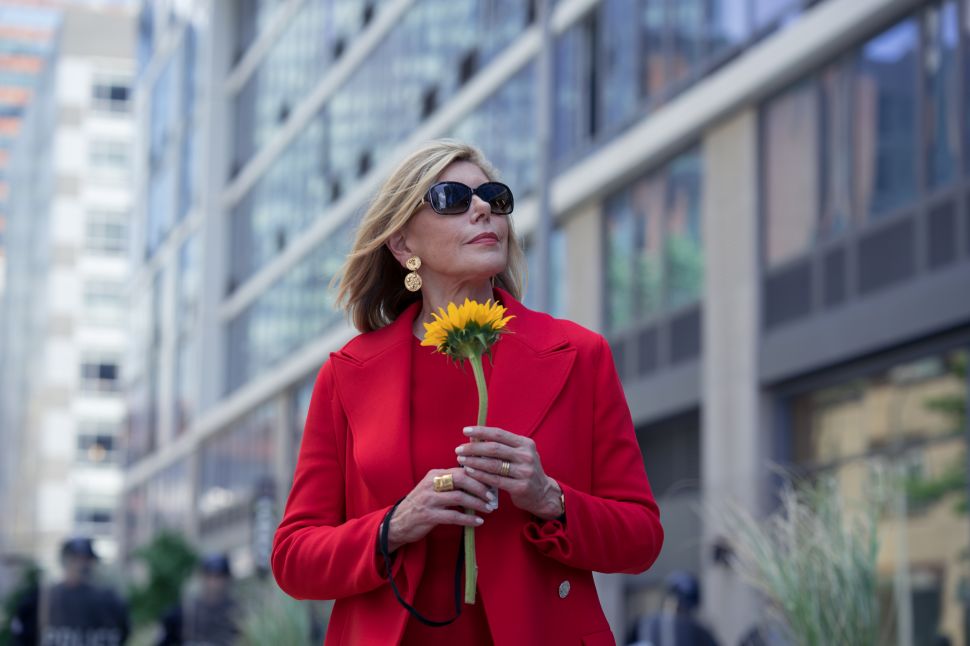