Upstate New York residents have filed lawsuits over the odor from New York City garbage dumped in their landfill.

Represented by advocacy group Fresh Air for the East Side, residents of Monroe County, on the shores of Lake Ontario, filed a lawsuit against the city, state of New York, and the operator of a local landfill, describing “the odors and landfill gas as sickening, obnoxious, putrid, foul and nauseating,” according to the complaint.

Another lawsuit filed by Fresh Air for the East Side names the town of Perinton in Monroe County and its zoning board. Both suits are the first to cite the constitutional right of citizens to clean air and a healthy environment, which was approved to the New York State Constitution last November, as reported by City Limits.

Since 2015, garbage from New York City has increasingly made up the majority of waste dumped in Monroe County’s High Acres Landfill, according to the complaint, with city garbage now representing around 90% of all odorous municipal solid waste in the landfill.

The amount of garbage arriving via rail from the city was allegedly more than 646,000 tons in 2020, compared to around 285,000 tons in 2015. The lawsuit claims that waste arriving by rail is typically more pungent because of increased transportation time.

Residents have allegedly been exposed to the smell in their homes, commercial stores, schools and restaurants. According to the complaint, there have been an estimated 26,000 odor complaints since late 2017, and some citizens have refrained from using their backyards, exercising outdoors or even opening their windows due to the smell. 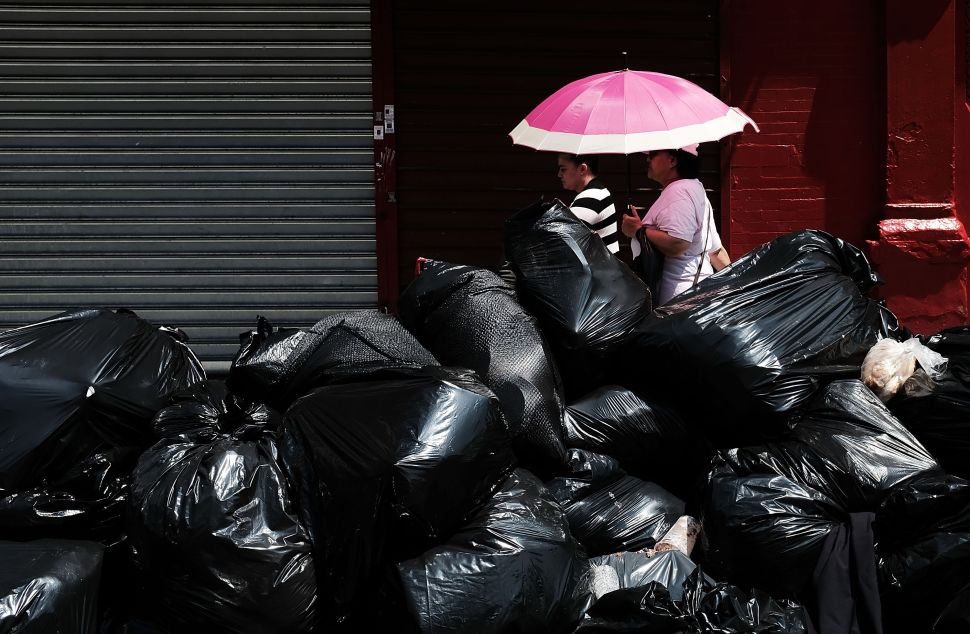