Dahlia Lithwick is the senior legal correspondent for Slate. In 2013, she won a National Magazine Award for her columns on the Affordable Care Act. Her new book Lady Justice: Women, the Law, and the Battle to Save America is published this week by Penguin Press. Recently Observer executive editor James Ledbetter sat down with Lithwick; this transcript has been edited for clarity and length.

Observer: One of the things that you argue in the book is that there’s a special relationship between women and the Constitution. That’s far from obvious, because in the original version of the Constitution, for example, women weren’t in it. Why do you say that and what does that mean?

Dahlia Lithwick: I was thinking in terms of women and the law: What does it mean to be emphatically in a system that controls everything you do, but that system for the longest time gave you no voice and no power? In fact, you were chattel and property. And then to be vaulted into this present consciousness where we all think everything works, we’re equal. We have equal pay, we have power, if we don’t like it, we can vote. I’m very, very interested in the illusion that women have all the power that the entire legal system and constitutional system brings us to this moment where we’re equal. But in fact, we’re subject to a history that is so freighted with inequality, that it’s just very easy with the stroke of a pen for Justice Alito to just say, “Look, the word abortion isn’t in the Constitution. I guess you’re screwed.” So I guess what I’m saying is it’s a special relationship because it’s everywhere and nowhere.

Should we think about it as a kind of false consciousness—that there’s an illusion of equality but actually we need the Constitution to be more rigorously enforced in order to create that equality? Or is it impossible to undo the injustices that were in the early Constitution?

One of my obsessions this past year after Texas passed the vigilante abortion bill and the Supreme Court was just like, cool, cool, cool. Then Dobbs was argued and it was manifest that Roe was going to get overturned, and then July comes and everybody’s shocked that it’s overturned. That’s I think the false consciousness you’re describing. We have so much magical thinking about equality and these legal protections that when they’re taken away we’re like: how could this have happened? And the last thing I would say on false consciousness is that my real obsession has been these black women scholars, including Pauli Murray, who starts the book, Peggy Cooper Davis, and Dorothy Roberts, who’ve been writing for decades and decades that what you and I are seeing now is the lived experience of black women throughout history.

You mentioned Pauli Murray. I’m going to guess that most people have never heard of her. Who was she? Why did you start the book with her?

First, I would note that if Pauli Murray were alive today, they might want to be called they. Murray strongly believed she was a boy born into a girl’s body. She was kind of the Where’s Waldo of the modern racial and gender justice movements. She was everywhere. And yet history almost entirely papered over her. She sat at the front of a bus and refused to move long before Rosa Parks did it. She was desegregating lunch counters long before it was cool in the civil rights movement. She wrote a paper that without her knowledge or consent becomes the spine of Brown v. Board of Education. She only finds out years later that she was really the architect of some of the stuff that Ruth Bader Ginsburg was later doing in her gender litigation. I will say they named a residential college at Yale after Pauli Murray a few years ago; I’m not sure even the students who live there know what this person accomplished in their life.

Your chapter on #MeToo takes on a figure who is very logical, but much less known than Harvey Weinstein or Bill Cosby. But with Alex Kozinski there’s a personal connection.

I found myself in this horrible position of having known this all along as a journalist and as a former law clerk and never, ever reported it. I had told friends, it was an open secret and yet I had kept the secret for decades. And so my chapter was a reflection on kind of complicity, in which I allowed myself to sit next to him at panels and go to events with him. I have a deep sense that some of the women who came forward only ever wanted one thing: an adjudicatory process in which the federal judiciary simply examined their claims and made a finding so that we could all say “this happened.” And the utter absence of that, both for Kozinski and later for Kavanaugh is one of the lasting enduring failings, both of the federal judiciary, but also of the #MeToo system generally.

We’ve been reading recently about waves of voter registration in the wake of Dobbs v. Jackson, particularly places like Kansas. Do you think this is sufficient to make a difference in the November elections?

The numbers that I’m seeing and what we saw in Kansas, what we’re seeing in Michigan, the special election in New York, certainly suggest that women are registering. It’s hard to deny those polling numbers. I think that the thing we need to think about now is lashing that outrage to real power, and to real systemic change. One of the reasons the book ends with fixing systems and voting is it’s not enough to just be mad about Dobbs, it’s what’s happening in your state house, your state elections board, all that stuff has to happen, too.

I couldn’t help when reading this book—thinking about how much passion you put into writing about the American political system and legal system—that you were born in Canada. How did you make that transformation? Why aren’t you writing about Canadian law? You know what I mean?

Yeah, it’s funny. I went to college in the States and then law school in the States and worked in the States, but I’m still on a green card and I never became a citizen. I think it’s clear the book is a love letter to American notions of justice and dignity and equality. But I’m always reminded that some really great writing about the United States came from people who were not from the United States. I think that there’s such utility in that dual identity as both of a country and not of a country. I think of Malcolm Gladwell and David Frum and all the ways in which Canada dominates American comedy. It’s both being of a place, but slightly not of the place enough to see it for all its great strengths, and also sometimes not-so-evident weaknesses. 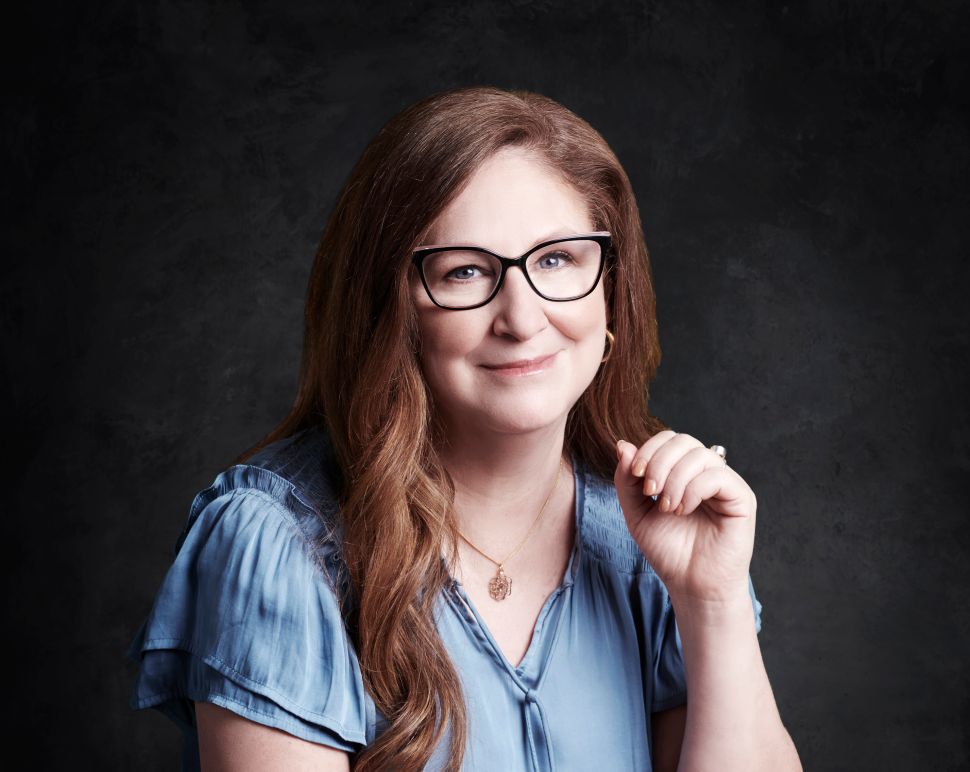