A new Star Wars story, the last season of Atlanta, and a rebooted show within a show make up just some of this week’s exciting additions to streaming platforms. It’s the rare week that ticks off just about every genre box, from horror to sitcom, so there’s truly something for everyone to watch.

There’s a long line of teen-girl cult classics, from Heathers and Jennifer’s Body to Mean Girls and Drop Dead Gorgeous. Do Revenge looks to be next in line. Taking place in a preppy, pastel private school, the film stars Riverdale’s Camila Mendes as a girl whose popularity takes a major hit after her faux-woke boyfriend leaks her nudes, while Maya Hawke plays a new girl whose life has been similarly upended by a vicious rumor. The film is brash, bright, and proud to unleash the hell that is being a teenage girl. Do Revenge premieres Friday, September 16th.

The final season of Donald Glover’s genre-bending comedy premieres this week, signaling the beginning of the end of one of television’s most unique series. Though last season saw Atlanta’s cast scattered throughout Europe, this one features their return to Georgia and a kind of narrative reunion of the show’s four main characters. Glover, Brian Tyree Henry, LaKeith Stanfield, and Zazie Beetz are all sure to have some fantastic send-off moments in the upcoming episodes, but only one thing is really certain when it comes to Atlanta: you never know what you’re going to see next. The premiere of Atlanta Season 4 will be available to stream on Friday, September 16th.

It’s hard to think of a series or franchise that hasn’t been rebooted at this point, which is exactly what Reboot takes aim at. This new series stars Keegan-Michael Key, Johnny Knoxville, and Judy Greer as cast members of an early ’00s sitcom who must get their act together again when a reboot of their show is picked up. The writers’ room (within the show, that is) is rounded out by Rachel Bloom and Paul Reiser. It’s a fun look at how much the TV landscape has changed in the past few decades—or maybe how it hasn’t changed that much at all. Reboot premieres Tuesday, September 20th.

To fulfill your need for chills and thrills this week, Amazon has Goodnight Mommy to offer. An English remake of a 2014 Austrian horror film, this movie stars Naomi Watts as a mother who’s hiding something: her face. When her two young sons are driven to her remote home to visit their mother, the boys are shocked to see her face covered in bandages, allegedly because of recent cosmetic surgery. The brothers grow more suspicious as she begins to set strict rules, smokes relentlessly, and grows increasingly angry as the days go by. Is she really their mother, or is she some kind of cursed creature hellbent on hiding her identity? Goodnight Mommy premieres Friday, September 16th.

Oscar winner Mark Rylance has proved himself quite chameleonic in the past few years with supporting roles in Bridge of Spies, The Trial of the Chicago 7, and Don’t Look Up, though he really gets the chance to shine as a cunning leading man in The Outfit. This Chicago-set 1950s gangster drama features Rylance as a tailor who caters to a local sect of the Irish mob. Naturally, that means he must be involved in criminal activity—willingly or not. The film also stars Johnny Flynn, Zoey Deutch, and Dylan O’Brien as figures in a mob scheme gone wrong. The Outfit premiered on streaming earlier this week.

Diego Luna’s breakout character from 2016’s Rogue One: A Star Wars Story gets his story in Andor, the newest series in Disney Plus’ ever-expanding galaxy far, far away. This show serves as prequel, following Cassian Andor a few years before the events of Rogue One as he transforms from cynical thief to passionate revolutionary. The series will also track the earliest days of the Rebel Alliance, which forms in spite of the ever-tightening grip of the Galactic Empire. Filmmakers Tony Gilroy and Dan Gilroy are teaming up for the show, so it’s sure to be action-packed. The first three episodes of Andor premiere Wednesday, September 21st. 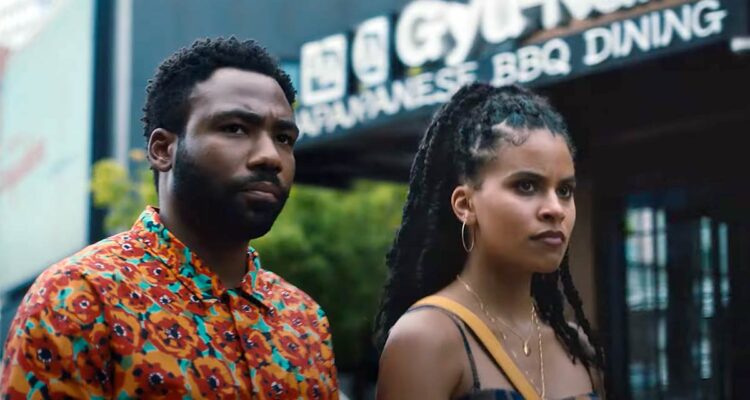