The newest sitcom sensation, a martial arts classic, and an early dose of Halloween horror make up just a few of this week’s endless options. Whether you’re in the mood for major melodrama or major action, this list has you and your watchlist covered.

Tyler Perry’s cinematic output has been decidedly mixed over the course of his career, which makes his newest feature, A Jazzman’s Blues, a refreshing addition. The film tells the sprawling story of a young Black couple in mid-twentieth century Georgia as their circumstances threaten to keep them apart across the decades. This kind of period romance is new ground for Perry, and though he’s certain to indulge his melodramatic side, this The Notebook-esque story should welcome his brand of emotional extravagance. It’s soapy, sure, but that’s not always a bad thing. A Jazzman’s Blues premieres Friday, September 23rd.

From J.J. Abrams’ production company Bad Robot comes a new action movie with an unlikely heroine at its helm. Allison Janney stars as the titular Lou, a retired vigilante who’s worked hard to put her old life behind her. It’s just her and her dog, with no one around except for her neighbor (Jurnee Smollett) and her young daughter. But when the little girl is kidnapped during a fierce storm, Lou must tap back into the skills that she honed years before to rescue her. Basically, it’s Allison Janney as John Wick, and what could possibly be cooler than that? Lou premieres Friday, September 23rd.

The Talented Mr. Ripley is sumptuous psychological thriller that has just about everything you could want from a ‘90s prestige film: a globetrotting plot that settles on the Italian coast, an ensemble cast brimming with award winners, Jude Law. . . . The film centers on a case of mistaken identity that snowballs into a dastardly plot, as Matt Damon’s titular Mr. Ripley is sent on a journey to curb the cavorting ways of Dickie Greenleaf (Law). When Ripley gets drawn in to the lifestyle of the rich and carefree, however, his idyllic trip turns hellish. Gwyneth Paltrow, Cate Blanchett, and Philip Seymour Hoffman also star. The Talented Mr. Ripley streams until Friday, September 30th.

If Everything Everywhere All at Once taught us anything, it’s to absolutely revere Michelle Yeoh’s universe-spanning talent. Luckily, we have Crouching Tiger, Hidden Dragon to stream. This 2000 film sees director Ang Lee dabble quite successfully in the wuxia genre, crafting an intricate story and even more intricate fight scenes around the theft of a prized sword. Scoring ten Oscar nominations (and four wins!), the movie was an international crossover megahit, one that came nearly two decades before Parasite broke that kind of Hollywood cultural barrier. It’s visually gorgeous with a fantastic, stunt-ready cast to boot. Crouching Tiger, Hidden Dragon streams until Friday, September 30th.

Seeing as September is almost at its end, why not kick off the Halloween season a few days early with Freaky? This slasher film is like Freaky Friday meets Scream: Kathryn Newton stars as bullied teen girl Millie, who swaps bodies with Vince Vaughn’s middle-aged serial killer after he goes after her with an ancient dagger (just go with it). What follows is an absolute blast of a high school horror comedy, complete with a little (wood)shop of horrors, school mascot suits, and a homecoming dance at an old mill. Freaky is available to stream until Friday, September 30th. 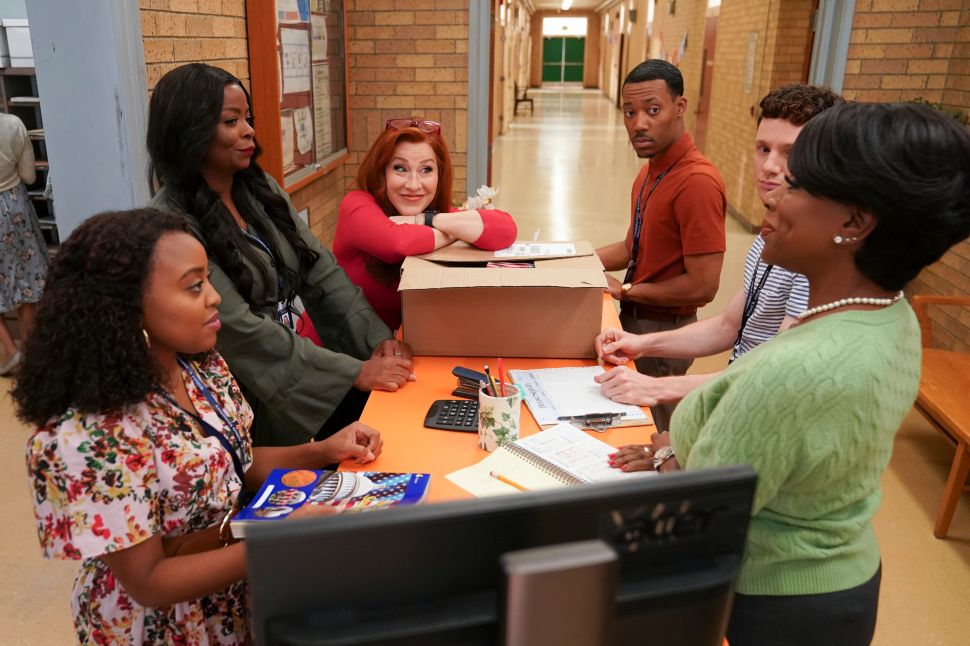