Get ready to kick off spooky season in more ways than one, because the start of October means all Halloween hands are on deck in the streaming world. A campy special, an exciting sequel, and a new Stephen King adaptation are just some of what you can expect this month. Plus, this week brings a few interesting takes on the modern musical, along with a healthy dose of extremely intense Jake Gyllenhaal movies. What else could you want?

Musicians have been happy to dip their toes into creating streamable visual content lately, from Childish Gambino’s Guava Island to Taylor Swift’s “All Too Well” short film, but Kid Cudi’s Entergalactic seems to be carving its own niche. This animated special features not only a bevy of new songs by the rapper, but a story meditating on ideas of love and success in the city. Cudi lends his voice to both the music and the protagonist, Jabari, and he’s joined by a cast that includes Jessica Williams, Timothée Chalamet, Ty Dolla Sign, Laura Harrier, and Vanessa Hudgens. Entergalactic premieres Friday, September 30th.

If you’re hankering for an eerie horror fix this week, then Mr. Harrigan’s Phone should do the trick. The movie comes from a Stephen King short story where a teen boy (Jaeden Martell) befriends the elderly Mr. Harrigan (Donald Sutherland) and supplies him with a cell phone so that they can communicate. When Mr. Harrigan passes, the boy begins to call his deceased friend as a way to vent about his bullies and his hardships, but things get complicated when those he complains about start to wind up dead. Will he remain complicit, or will he go against his only friend beyond the grave? Mr. Harrigan’s Phone premieres Wednesday, October 5th.

To formally kick off the Halloween holiday season, there’s the Huluween Dragstravaganza. This variety special features some of the biggest and best names in drag, from RuPaul’s Drag Race alumni Ginger Minj, Monet X Change, and Manila Luzon to icons like Lady Bunny and Jackie Beat. Original songs, sketch comedy, and a mountain of wigs are just part of what audiences can expect from this show. Camp and costumes are the name of this Halloween special’s game, and it’ll definitely deliver some gory glitz and glam for dedicated drag fans and casual viewers alike. The Huluween Dragstravaganza premieres Saturday, October 1st.

Though Michael Bay is known for his massive action blockbusters, Ambulance serves as a surprisingly successful smaller-scale production for the director. Well, as small as a movie starring Jake Gyllenhaal and Yahya Abdul-Mateen II as bank robbers who hijack an ambulance and lead a massive car chase through Los Angeles could be. The action thriller hardly lets up during its two-hour runtime, featuring not only a sprawling heist but several intense scenes that see Eiza González as the paramedic on board who’s both an unwilling participant and a mandatory caretaker when the criminals inevitably get hurt. Ambulance premieres on streaming this week.

Though Ambulance promises action galore, Nightcrawler may be the better movie that involves Jake Gyllenhaal racing around LA for dubious reasons. This thriller features an all-time best performance from the actor: he plays Lou Bloom, a conman who discovers the lucrative world of stringers — freelance photojournalists who capture grimy on-the-scene video footage for news outlets. Lou sees opportunity in this recording of tragedy, and he goes to increasingly questionable ends to get a shot of everything from car crashes to homicides. Gyllenhaal is nothing short of chilling, but the movie is also supported by fantastic performances from Riz Ahmed and Rene Russo. Nightcrawler will be available to stream starting Saturday, October 1st.

Andy Samberg and The Lonely Island have been behind some of this century’s most lasting cultural artifacts, from their SNL digital shorts to the Oscar-nominated song “Everything is Awesome” from The Lego Movie. With Popstar: Never Stop Never Stopping though, the comedy group created a film surprisingly ahead of its time. The mockumentary follows Samberg as Connor4Real, a member of defunct pop group The Style Boyz, that managed to achieve solo stardom. While Samberg embodies an eager Bieber type, the film manages to nail the ridiculousness of modern fame and clout chasing fortune — all while being stupidly funny. Popstar: Never Stop Never Stopping will be available to stream starting Saturday, October 1st.

If the Dragstravaganza somehow isn’t enough campy Halloween fun for you, then Hocus Pocus 2 is here to add to the party. The Sanderson sisters return to Salem once more, with original cast members Bette Midler, Kathy Najimy, and Sarah Jessica Parker all coming back to raise a Disney-approved amount of hell. Ted Lasso favorite Hannah Waddingham also takes part, playing the mysterious Mother Witch who gave the Sanderson sisters their power all those years ago. It’s a fun, nostalgic romp sure to get everyone in the spooky spirit. Hocus Pocus 2 premieres Friday, September 30th. 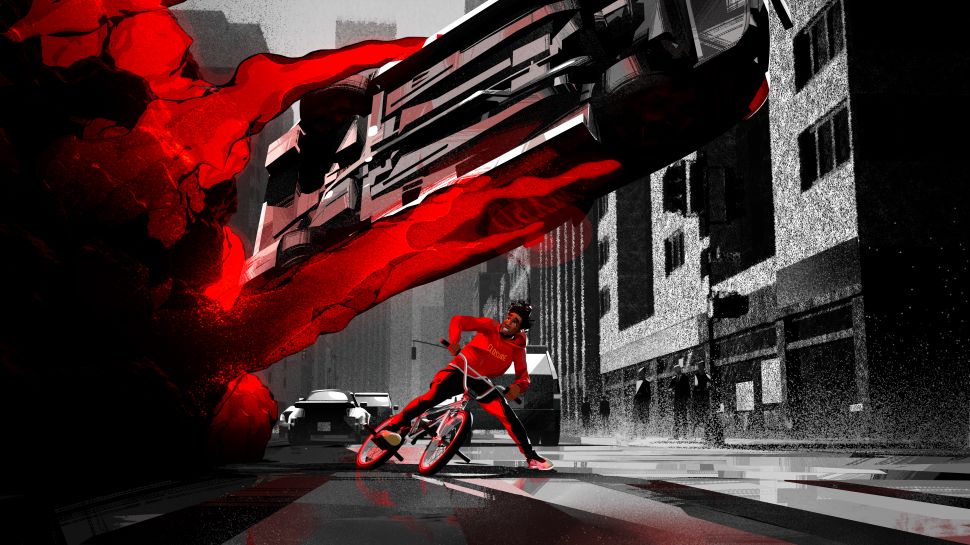