Unconventional biopics, a gripping new season of one of television’s most relevant shows, and a reimagined Disney classic — there’s plenty of new movies and series to tune into this week. That said, this week also marks one year of my writing this lovely little streaming column, so there will be some special additions (read: personal favorites) on this special edition.

End of the Road

This new thriller makes a few departures from what you’d normally expect from the genre, in that its plot ultimately revolves around a family road trip. End of the Road stars Queen Latifah as Brenda, a woman who’s just lost her job and insists on driving her family across the country to start fresh. On the journey, she, her brother (played by Chris “Ludacris” Bridges), and her kids witness a brutal murder, and soon enough the only thing standing between Brenda’s family and the killer is the vast New Mexico desert highway. End of the Road premieres Friday, September 9th.

Keira Knightley is the undisputed queen of period dramas, a title she gladly took to the subversive biopic Colette. Knightley stars as the famous French author Colette, a woman whose works were co-opted by her philandering husband Willy. Throughout the film (and her actual life), Colette grows out of the shadow of her husband, exploring her writing, her philosophies, and her sexuality. It’s a fascinating story, one made all the more interesting for its historical truth, and Knightley leads it all with fierce intelligence and passion. Colette will be available to stream starting Tuesday, September 13th.

The Handmaid’s Tale has taken on a wide range of genres, characters, and difficult storylines across its many seasons, and Season 5 promises to be no different. Though Elisabeth Moss’ June has escaped the tyrannical puritanism of Gilead, she still finds herself in a world rife with brutality and painful choices. Yvonne Strahovski’s Serena is poised to take a more active role this season, determined to maintain the conservative nation she so proudly, twistedly represents. The series is as timely as it ever has been right now, and that’s a responsibility this show has never taken lightly. Season 5 of The Handmaid’s Tale premieres Wednesday, September 14th.

If you’re in the mood to see one of the weirdest movies of the past year, then give Aline a watch. This musical dramedy was thought up by French director, writer, and lead actress Valérie Lemercier, and it serves as a fictionalized version of Céline Dion’s rise to stardom. Lemercier plays the Dion stand-in, Aline Dieu, at all stages of her life — from pre-teen to middle age — with the help of digital effects, and things get wonderfully weirder from there. It’s a strange film, but one that’s certain and singular in its vision. That kind of confidence is never not entertaining. Aline premieres on streaming Friday, September 9th.

Mozart in the Jungle

The first personal recommendation of this week’s streaming guide comes in the form of a lovely series about the epic highs and lows of the semi-fictional New York Symphony orchestra. Mozart in the Jungle ran for four seasons, bouncing around the globe from NYC to Venice to Tokyo as conductor Rodrigo De Souza (a pitch-perfect Gael García Bernal) pursues art, music, and the oboe player (Lola Kirke) who inspires him every step of the way. The show is endlessly charming, rounded out with an ensemble cast that includes Malcolm McDowell, Bernadette Peters, and Jason Schwartzman — plus Monica Bellucci for a few episodes in Season 3. Mozart in the Jungle is streaming now.

As we’re now in the festival season of fall 2022, it behooves any and all movie lovers to look back at festival hits they may have missed in the past few years. To be more specific, they should watch the 2019 Toronto International Film Festival (and personal) favorite, Bad Education. This film recounts the true story of a school superintendent who embezzles millions of dollars from the same school district he serves and seeks to improve. Hugh Jackman stars as the semi-well-intentioned criminal who also leads a painfully closeted double life. It’s one of the actor’s more gripping performances, half charisma and half heartbreak, aided by a routinely terrific turn from Allison Janney. Bad Education is streaming now.

To Be or Not to Be

To watch To Be or Not to Be, that is the question. This final personally-curated pick is a 1942 film that’s able to wring comedy out of a highly unlikely situation — namely, the Nazi occupation of Poland. The movie features a bumbling Warsaw theater troupe as they concoct increasingly farfetched schemes to foil the Nazis. Though it’s 80 years old and about World War II, To Be or Not to Be is a hoot and a half. It may be hard to believe that an Old Hollywood movie can do dark comedy so well, but this film nails it at every turn. To Be or Not to Be is available to stream now.

Among all of the hullaballoo of sneak peaks and extended versions to be released on Disney+ Day there lies a reimagined version of one of the studio’s beloved cartoon classics. Robert Zemeckis’ Pinocchio employs wondrous new digital effects to tell the story of a puppet who comes to be a real boy. This update stars frequent Zemeckis collaborator Tom Hanks as the toymaker Geppetto, Cynthia Erivo as the Blue Fairy, and Joseph Gordon-Levitt, who voices Jiminy Cricket. It’s a bright, bombastic movie that puts its fantastical conceit at the forefront, celebrating its talking animals and animated puppet in a new way. Pinocchio premiered Thursday, September 8th. 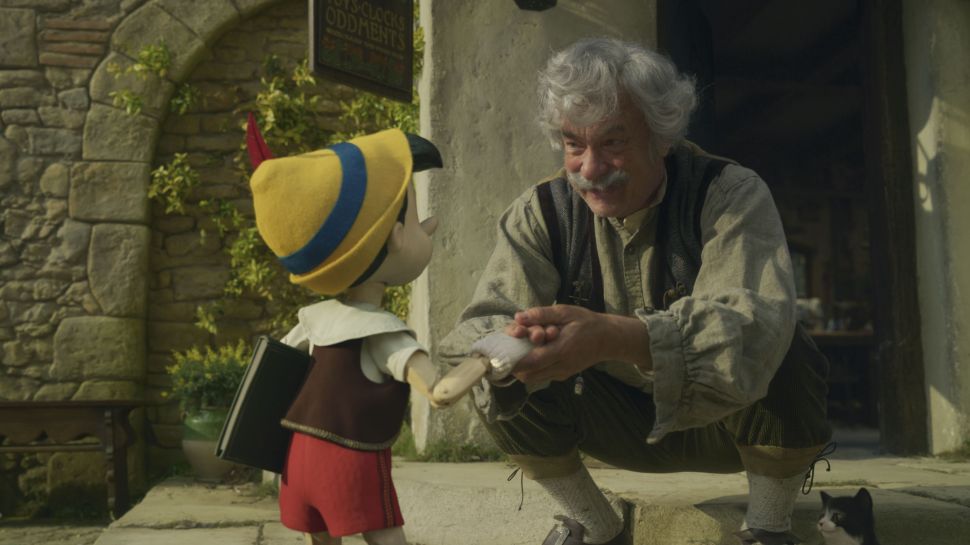