From big blockbusters and beloved series to small-scale Oscar-winners, September says goodbye to several major movies and shows. There are only a few weeks left to watch these titles, so start binging now!

Including both a sci-fi classic and a recent cinematic marvel, the Blade Runner series captures several stories in the not-too-distant future. The first, a 1982 vehicle from Ridley Scott, centers on Harrison Ford’s Rick Deckard as he hunts down several robotic replicants. It’s part noir, part sci-fi action, and part intense meditation on what it means to be human. Denis Villeneuve’s 2017 follow-up, Blade Runner 2049, treads a darker path, starring Ryan Gosling and Ana de Armas. Veteran cinematographer Roger Deakins won his first Oscar for his work on this movie, painting a stunning portrait of a future dominated by technology. Both Blade Runner and Blade Runner 2049 expire Monday, September 26th.

Secure your wig wall, because Schitt’s Creek is only on Netflix for one more month. This Emmy sweeping sensation earned countless fans with its lovable characters and its endless quotable moments (if you don’t know “A Little Bit Alexis” by heart, then you don’t know true comedy). The highly bingeable series follows the Rose family across six seasons as they try to overcome the loss of their fortune in a town they inexplicably own, the titular Schitt’s Creek. Between Catherine O’Hara’s high drama and the befuddled and bushy eyebrowed Eugene Levy, Dan Levy’s impeccable exasperation and Annie Murphy’s delightful ditziness, it’s a dysfunctional family comedy for the ages. Schitt’s Creek will be available to stream until Monday, October 3rd.

The other much-loved comedy series to say adieu to its streaming platform this month is Brooklyn Nine-Nine. This police procedural is certainly less serious than its Law and Order counterparts, with Andy Samberg leading the cast of New York City detectives that includes Stephanie Beatriz’s stone-faced Rosa and Andre Braugher’s impeccably intense Captain Holt. Plenty of props also go to Terry Crews as Terry, Chelsea Peretti’s iconic Gina Linetti, and, of course, Cheddar the corgi. It’s a different kind of workplace comedy, but it’s one that certainly works. Brooklyn Nine-Nine is available to stream until Sunday, September 18th.

Sorry to Bother You

This surrealist corporate horror story came from Boots Riley back in 2018, and it features a scathing take down of modern American capitalism, some pretty sick earrings, and horses like you’ve never seen them before. LaKeith Stanfield stars as a young man who seeks to pick up some extra cash as a telemarketer; after some botched calls, a fellow Black coworker (Danny Glover) tells him he might have an easier time if he adopts a “white voice.” What follows is a highly inventive film that lampoons the corporate ladder – before knocking it over entirely. Sorry to Bother You streams until the end of the month.

Though its awards season run was obscured by the general mess of COVID, Judas and the Black Messiah deserves all of the acclaim it won and then some. This biographical film depicts the downfall of progressive activist Fred Hampton, brought on by an FBI informant who wormed his way into the Black Panther Party. Daniel Kaluuya stars as Hampton (and won the Oscar for it), with LaKeith Stanfield playing the informant. The cast is rounded out by talents like Jesse Plemons, Ashton Sanders, Lil Rel Howery, and Martin Sheen. Judas and the Black Messiah streams until the end of the month.

With the success of La La Land and the hype around the upcoming Babylon, it may be hard for some to remember that director Damien Chazelle truly kickstarted his career with the small but viciously intense Whiplash. This film stars Top Gun: Maverick favorite Miles Teller as an ambitious jazz drummer who’s just begun studying at a prestigious conservatory. While there, he’s under the thumb of a ruthless and abusive teacher-slash-conductor, played by J.K. Simmons in a role that won him the Oscar for Best Supporting Actor. It’s a film that leaves you breathless on more than one occasion, and it’s an enduring testament to the talent of everyone involved. Whiplash streams until the end of the month. 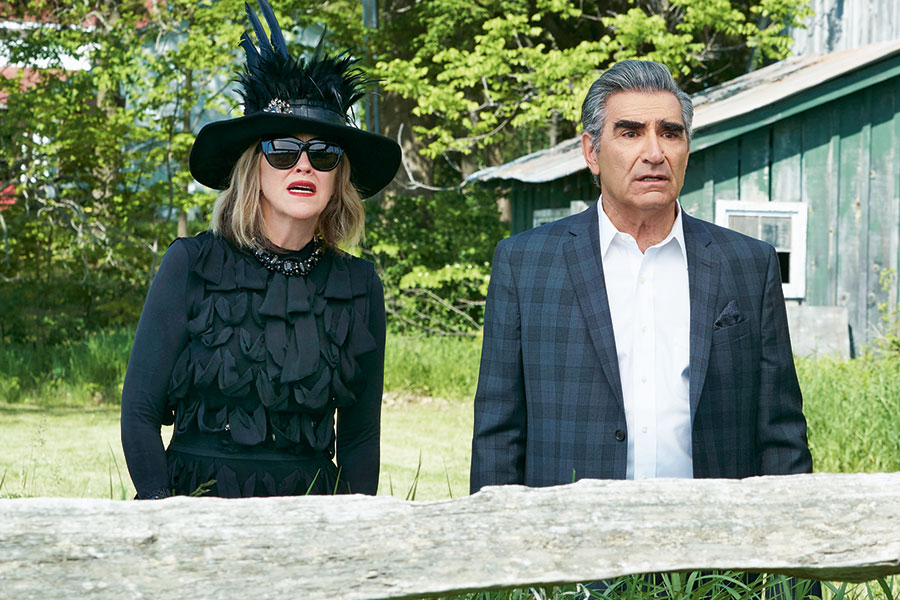