Throughout the 200-plus-year history of the U.S. labor movement, wages have been at the center of many major worker strikes. But in the wake of the Covid-19 pandemic, when workplace safety and flexibility became critical, other issues are rising in importance.

One prominent example: A nationwide rail strike could happen as soon as Sept. 16 and the sticking point for several unions involved in the talks isn’t pay, but rather flexibility.

The unions say rail workers are penalized for taking time off for events like doctor’s appointments or family emergencies due to points-based attendance systems. They also don’t get paid sick days. Workers can authorize a strike if these issues aren’t addressed, and about 125,000 workers could be off the job. It would be the first such strike in 30 years.

Though it’s unusual for collective bargaining negotiations to center on work-life balance, flexibility is becoming a more common concern among union workers across the U.S. dealing with ongoing shortages. “It’s often numbers and monies that shape traditional collective bargaining, whether it’s in the form of healthcare, wages, or vacation days,” said Lee Adler, a labor and unions professor at Cornell’s School of Industrial and Labor Relations. This year, “it’s a very different collective bargaining environment.”

Attendance is at issue for rail workers

Unions had been negotiating with freight railroad companies for two years when President Joe Biden’s administration intervened in July to help resolve the stalemate. A presidential emergency board (PEB) put forth a series of recommendations a month later, recommending the new contract include wage increases between 4 and 7 percent as well as five $1,000 annual bonuses and an additional paid day off.

While the group bargaining on behalf of the workers applauded the potential wage increases, two major unions representing conductors and engineers are criticizing the presidential recommendations for failing to address attendance policies that penalize employees for missing work. Such policies are in place at major carriers like BNSF Railway, which instituted an attendance system in February that docks points when employees miss work for an unplanned event such as an illness. The company later modified the policy following pushback from the unions, but such systems remain a major unresolved issue in the negotiations.

“No working-class American should be treated with this level of harassment in the workplace for simply becoming ill or going to a routine medical visit,” the unions said in a Sept. 11 statement. “Sadly, the Presidential Emergency Board recommendation got it wrong on this issue.”

The National Railway Labor Conference, which represents the carriers in negotiations, argues rail employees already get “significant time off,” and that “railroads’ rights to unilaterally establish and modify reasonable attendance policies has been acknowledged for years.”

As of today (Sept. 14), neither of these unions had agreed to sign onto the contract terms recommended by the Biden administration. Members of two additional unions, the Brotherhood of Railroad Signalmen and the International Association of Machinists and Aerospace Workers, also rejected the PEB’s terms even though their leaders had tentatively agreed to them.

The current market conditions in freight rail, coupled with broader economic factors affecting labor across U.S. industries, created a perfect storm for the high-stakes negotiations that led to this moment.

In recent years major railroads have adopted precision scheduled railroading, a method that essentially allows carriers to do more with fewer workers, according to Jeff Schuhrke, a former lecturer in labor studies at the University of Illinois Chicago. In 2021 the Surface Transportation Board estimated large rail carriers had cut staff by 29 percent over the last six years. Railroad jobs overall declined by 20 percent between 2018 and 2020, according to the Bureau of Labor Statistics.

At the same time, working conditions for the employees remaining at these railroads have deteriorated. “Even the good pay and pensions aren’t worth it anymore, because they’re being so overworked,” said Schuhrke.

But rail workers’ concerns aren’t unique to their industry. About 15,000 nurses in Minnesota went on strike this week to demand not only higher wages, but also policies to address short staffing and employee retention. Mental health workers with Kaiser Permanente in California have been on strike for five weeks after the health provider declined to accept a proposal that would require increased staffing and reduced appointment wait times.

All these disputes are driven by an “uncomfortable set of factors that have arisen in the past few years,” says Cornell’s Adler. Covid triggered a great resignation that left companies scrambling to fill labor needs. Even as this has compounded pressure on employees in industries such as transportation and healthcare, many of the corporations they work for have continued to reap large profits. Seven major U.S. railroads brought in a record $1.18 billion from freight stuck in supply chain bottlenecks alone last year, according to an analysis by watchdog group Accountable.US, while Kaiser Permanente had its most profitable year in 2021.

“There’s a somewhat similar circulation of stress among working people,” said Adler. “When they have a union and are facing contract negotiations, they are demanding—before they agree to continue to work—that those matters get addressed.”

Union and railroad officials are meeting with Labor Secretary Marty Walsh in Washington today as the White House seeks to avoid a shutdown. A rail strike could cost the U.S. economy $2 billion a day, according to one industry estimate. 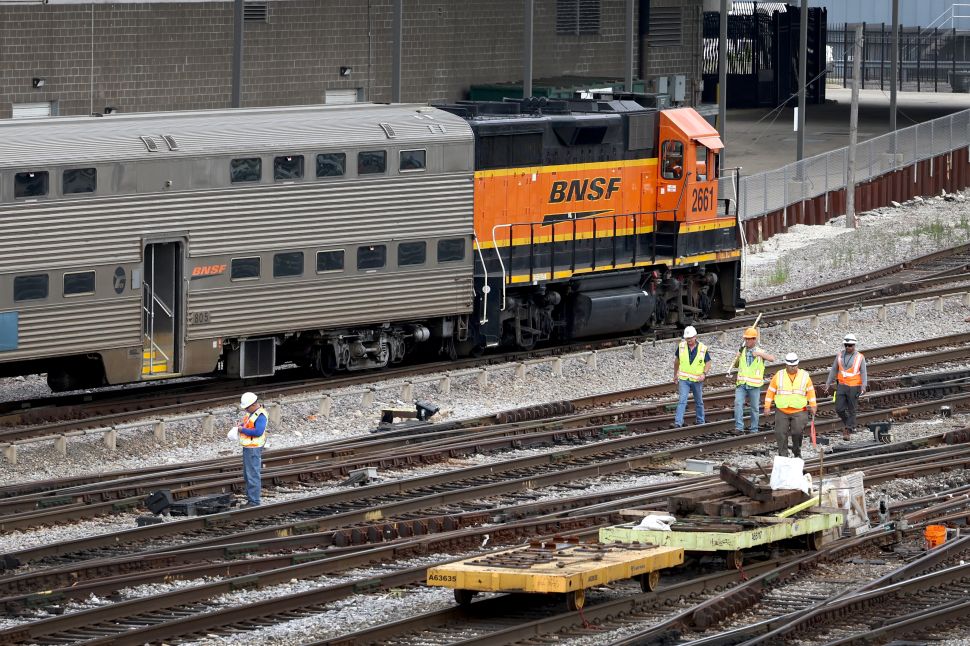