An abstract art piece from Dutch painter Piet Mondrian has mistakenly been hanging upside down for the past 77 years.

Mondrian’s 1941 New York City 1, consisting of multi-colored taped lines, has been held at Germany’s Kunstsammlung Nordrhein-Westfalen’s art collection since 1980. It was first exhibited at New York’s Museum of Modern Art in 1945.

However, a press conference for the Kunstsammlung’s new Mondrian exhibition included the surprising revelation that New York City 1 was displayed incorrectly by both institutions, as reported by German publication Monopol.

A photograph taken of Mondrian’s studio shortly after his death in 1944 pictured the artwork oriented opposite of how it has ben exhibited, said curator Susanne Meyer-Buser, who researched the museums’s upcoming Mondrian show. The placement of tape on the unsigned painting also indicates the piece was hung incorrectly.

The error could have occurred due to a crate being overturned or a negligent estate executioner, Meyer-Buser said at the press conference, adding that the work will have to remain upside down due to the sensitive condition of the adhesive strips.

“The adhesive tapes are already extremely loose and hanging by a thread,” Meyer-Büser told the Observer. “If you were to turn it upside down now, gravity would pull it into another direction. And it’s now part of the work’s story.” 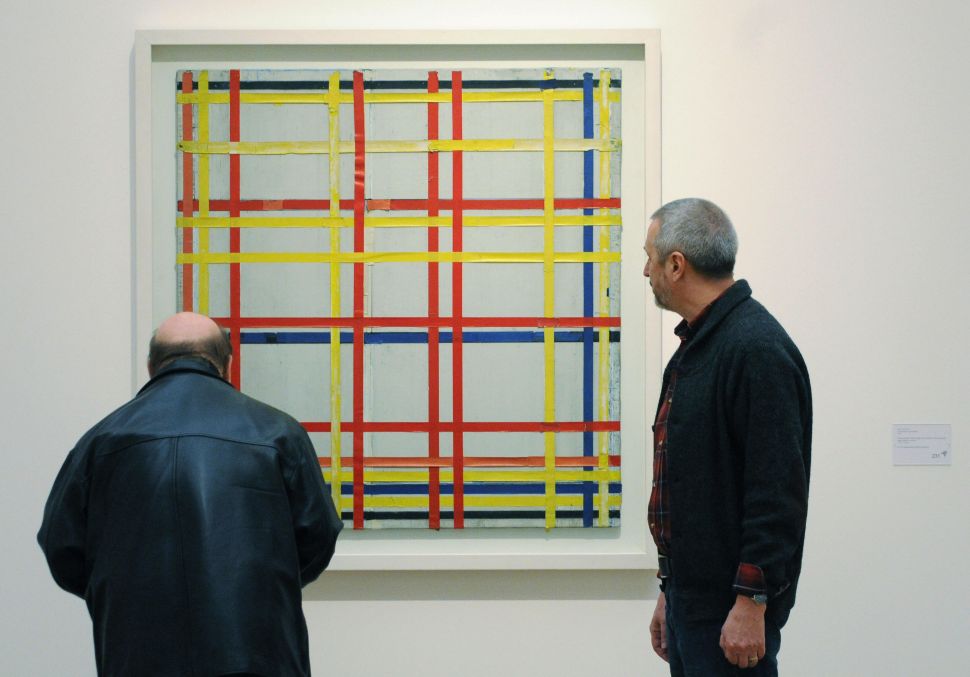