When she was a child, Alena Maurer, wrote in her journal she wanted to be a professional gamer. She had been playing video games in Germany with her cousins—only the boys—since she was three years old.

In September, a professional gaming club signed Maurer, now 28, and four other women to its first all-female team playing League of Legends, a five-versus-five game played with the goal of destroying the other team’s base. They named their team Hel, after the Norse goddess of death.

The women of Hel are among a small but growing percentage of women occupying the professional esports ranks. In 2019, only 5 percent of professional video gamers were women, despite nearly half of gamers worldwide being female. The percentage of professional players has climbed to 8 percent this year, a 60 percent increase in three years. While the ratio of men to women playing video games professionally is still skewed compared to the ratio of amateurs, the growth reflects the increasing diversity in esports and a challenge to the sexist attitudes and behaviors that are rife in the world of video games.

The World of Esports

Professional esports are organized similar to European sports clubs. For-profit companies sign teams and sponsor them in tournaments. They often own multiple teams playing different games like League of Legends, Valorant and Dota 2—similar to how Real Madrid sponsors teams competing in soccer and basketball. Sometimes they have multiple teams competing in the same games.

Esports companies make money through sponsorships, merchandise, broadcasting rights and ticket sales for live tournaments, among other sources, but sponsorships are the most lucrative. G2, the company that signed Hel, is sponsored by companies including Spotify, Adidas, Mastercard and BMW. The franchises range in size from having one team to more than a dozen. G2 has 10 teams that have placed first in tournaments more than 100 times, it boasts on its website. Other companies owning teams include Cloud9, Fnatic and Team Liquid.

Players earn salaries and prize money when they win tournaments. Competitions and teams are typically all-male, but there are a few mixed and all-female teams as well. Unlike in traditional sports, there are no governing bodies overseeing these organizations, though many independent associations are trying to do that job.

The global esports market is projected to reach $1.38 billion in revenue this year, up from $493 million in 2016, mostly from advertising, sponsorships and media rights. Analysts expect esports to continue growing over the next few years, including through the construction of multi-million dollar training and live events facilities.

The global esports audience is 532 million people, according to Newzoo, a gaming data collector. It has grown by 100 million in two years and is projected to grow another 100 million by 2025.

Before forming Hel, Maurer was on a pre-professional team, where players typically aren’t paid, for four years with Agnė Ivaškevičiūtė, a 22-year-old from Lithuania known by her screen name Karina. They decided to start the new group with the intention of competing as a female team.

The two recruited Maya Henckel, a 20-year-old from Sweden who joined her first pre-professional team at 14 and goes by her screen name Caltys. Henckel later introduced the final two women who would complete the team. Olivia Calistua, 20, is a Swedish native who lives in Berlin, and Ève Monvoisin, 23, is from France.

Hel pitched themselves to G2, which signed them this year. The team members didn’t disclose how much they make but said it was enough not to need a second job.

“[Gaming] has been my passion since I was a child,” said Maurer. “I love constantly improving myself. Every game is new, and you can improve endlessly. You can work on yourself and be part of a team. And I love trying to be the best.”

A day in the life of an esports player, according to the women of Hel, consists of waking up around 9 A.M. or 10 A.M., relaxing in the morning, practicing League of Legends via scrimmages or solo play in the afternoon and live-streaming their games on Twitch in the evening.

Hel hasn’t yet announced its first tournament, so the women currently practice together and with other players of similar ranking. Out of the top 20 highest grossing esports clubs, including G2, Hel is the only all-female team playing League of Legends.

Signing Hel was a natural next step for G2, Alban Dechelotte, chief operating officer, said in an email. “At G2, we’ve been working hard to break the invisible ceiling by offering gifted and talented players across our roster, whatever their gender, the same level of support and opportunity,” he said.

While Maurer and her teammates are living their dream as professional gamers, it’s not without challenges. Chief among them is the rampant sexism that pervades the world of video games.

Trash talk is common among video gamers, beginning at the amateur level. But game-related trash talk has been criticized for breeding a culture of sexism within the gaming community. Since video games are played behind facades of digital characters and screen names, players theoretically shouldn’t know each other’s genders. But their voices and screen names, among other things, can give them away.

Maurer plays Valorant in her free time—a team-based game with the objective of attacking or defending a location, and talking to other players is part of the experience. When she speaks while playing the game, male players imitate her voice, she said.

“The other players don’t even defend you,” she said. “They just laugh, which tells the guy it’s good what he’s doing.” (To be fair, men are also harassed by other players over voice chat for various reasons).

This kind of targeting happens to Maurer on a daily basis, she said. While playing for fun with a Ivaškevičiūtė, her teammate for four years, a male player called the two of them “washing machine” and “dishwasher” after finding out they were women.

“When I play Valorant, I don’t even press my voice chat because I’m scared I will get bullied and harassed,” said Ivaškevičiūtė. In the past, she changed her screen name to something she considered gender neutral to conceal her gender from other players.

Harassment while playing badly has come to be expected, but women are also targeted when they play well. Male players have told Maurer, “If you play good, it’s because your boyfriend boosted you”—which refers to a high-ranked player helping a low-ranked player reach a higher status, either by playing on their account or carrying them through two-on-two play.

“I played once with Karina (Ivaškevičiūtė),” Maurer said. “I played bad, and she played good. The other players were saying it’s my boyfriend boosting me, and it’s literally another girl.”

Sexism creeps into professional esports too. Motif Esports, a U.K.-based organization, disbanded after two members of its all-female Valorant team accused the organization’s founder of sexual harassment and racism in February. Activision Blizzard, a U.S.-based video game company that owns the global professional Call of Duty League, has been subject to multiple lawsuits in the last year for sexual harassment and discrimination against women in the workplace, which the California Department of Fair Employment and Housing discovered after a two-year investigation. G2’s CEO Carlos Rodriguez stepped down in September after defending his friendship with Andrew Tate, a self-proclaimed misogynist.

“People like to talk,” said Henckel, the Swede who has been playing since 14 years old. “If people have a (prominent) place in esports, they will never say it publicly because they’ll get canceled, but it’s said behind closed doors.

“It’s funny when people say (sexism) doesn’t exist because it’s not tweeted, but we know what’s said. We hear about it.”

The Esports Landscape Is Changing for Women

One reason more women haven’t entered the pro gaming world in the past is because they didn’t have female players to look up to, said Maurer. Female esports broadcasters acted as Maurer’s role models due to the lack of female players. With the expansion of women in professional esports over the last few years, that is changing.

Henckel streams to 7,700 followers on Twitch regularly, and she gets direct messages and comments from fans saying they look up to her. “It’s surreal for me because I don’t feel like a role model,” she said.

The competition between women in esports used to be serious as well, Maurer said. Since there are so few women and all-female tournaments, “women had to be better to be seen,” said Laure Delaroche, former esports player. This contributed to a toxic culture among women. Some level of competition still exists—this is professional sports after all—but women are friendlier to each other, especially when they lose, said Maurer. They actively support each other on social media, making themselves role models to young girls interested in gaming, she said.

This newfound support bloomed from women growing up together “in the female scene,” said Maurer. “Even if you’re not on the same team, you’ve experienced similar things.”

“There are some days I doubt if (being a professional gamer) is worth it,” she said. “But 99 percent of the days, it is because it makes me happy. I love it, and I’ll never stop.” 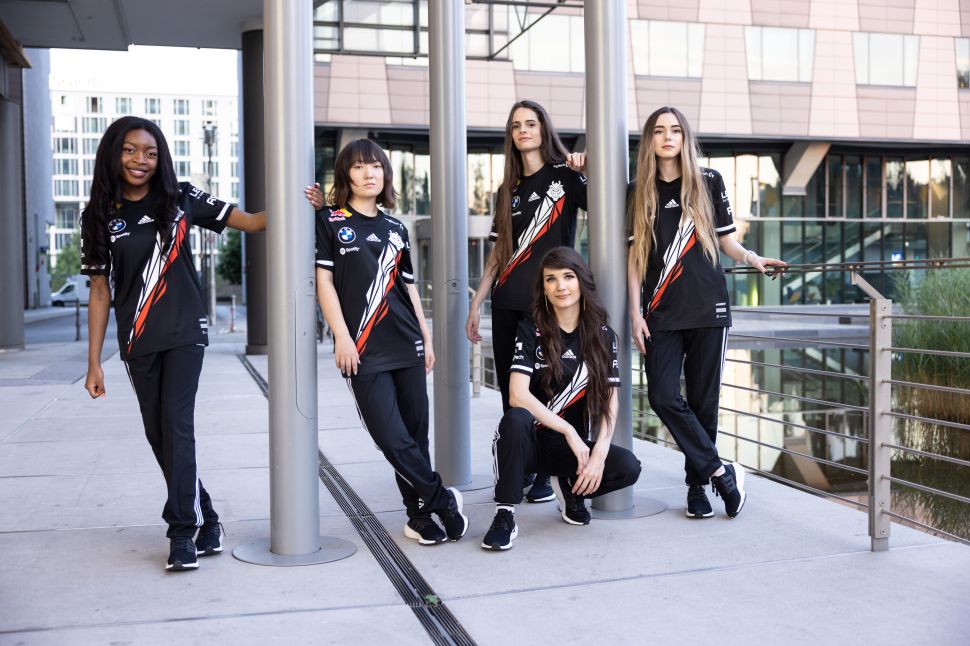