A seemingly run-of-the mill porcelain vase, estimated to sell at auction for 2,000 euros, sold for nearly 4,000 times its estimate at 7.7 million euros (about $7.6 million).

Sold by Osenat auction house on Oct. 1 in Fontainebleau, near Paris, the piece is a Chinese Tianqiuping vase, known for its signature spherical shape. The vase was consigned by a French woman who inherited the vase from her late mother and sent it to the auction house without ever viewing it in person.

While experts from Osenat estimated the vase to belong to the 20th century, interested bidders believed it to be an 18th century artifact. Jean-Pierre Osenat, president of the auction house, told CNN that the piece attracted an abnormal amount of attention, with nearly 400 people, many of whom were Chinese, expressing interest in bidding.

The final sale result, including fees, exceeded 9 million euros (about $8.9 million). Osenat now believes the work does indeed come from the 18th century.

Bidders believe the vase is much older than estimated

The recent sale beats the auction house’s previous record of 4.2 million euros, garnered at the 2007 auction of Napoleon’s saber from the 1800 Battle of Marengo, according to Osenat director Cedric Laborde. “If the bidders fought it out to this amount, there’s a reason. For them, the vase is old,” wrote Laborde in an emailed statement.

This isn’t the first time Tianqiuping vases have led to lucrative sales. In May, another 18th century vase sold for £1.5 million at English auction house Dreweatts, despite having an estimate of £150,000. The vase was once again inherited by the consigner, who was also unaware of its value.

And in 2018, a Tianqiuping vase sold by the Philbrook Museum of Art in Oklahoma fetched $14.5 million at a Christie’s sale, after being kept in the museum’s storage facility for more than a decade.

The recent Osenat auction didn’t come as a great surprise, according to Mark Newstead, Asian ceramics and artwork consultant at Dreweatts. “That was such an obviously great object. I guess they must have thought it was a copy,” he said.

Newstead said that while these sorts of value discrepancies occur occasionally in every field of art, they are often more extreme in Chinese art sales due to the burgeoning market and knowledge of collectors. “That’s the amazing thing about Chinese ceramics—the knowledge is incredible in China, they can spot something even from a photograph,” he said.

And after examining a photograph of the vase in question, Newstead agreed that it’s most likely from the 18th century. “It made exactly the right money,” he said. “The market knows best.” 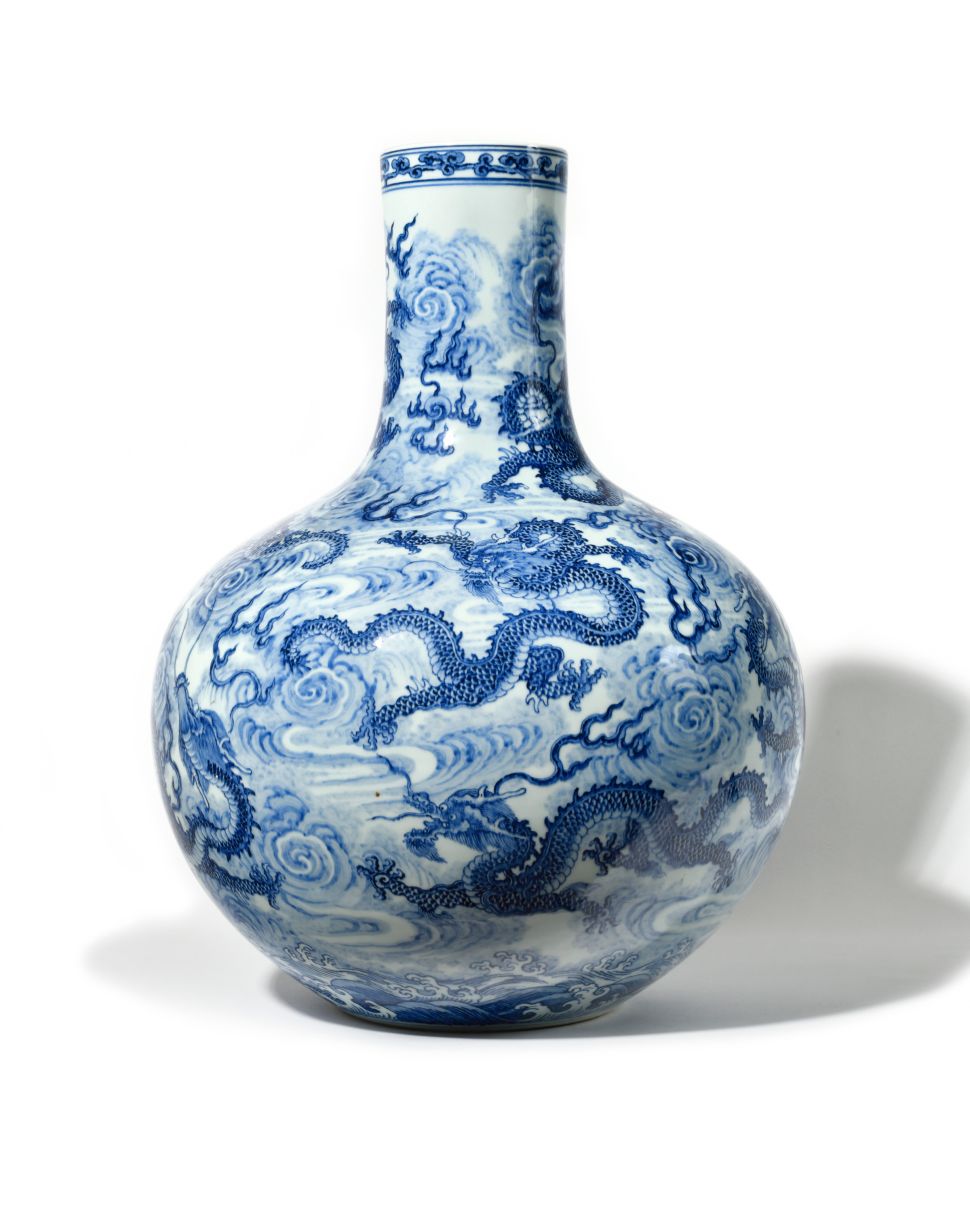