The fanfare could have been louder. This week, the oldest bank in the United States, Bank of New York Mellon, announced that it has begun holding cryptocurrency investments for some of its customers. The Wall Street Journal reported that New York state’s financial regulator has granted BNY Mellon permission to hold digital assets for its customers (although the bank does not yet appear on the Department of Financial Services’ Web site listing of entities that have been granted state “BitLicenses.”)

The development was long anticipated. Back in February 2021, BNY Mellon announced it was creating a digital assets group with the goal of doing exactly what they are now doing. Since that initial announcement, Goldman Sachs relaunched its crypto trading desk, Citi created a digital assets group, and other big banks have found way to grab a piece of crypto. But BNY Mellon is the first traditional bank to take custody of customers’ cryptocurrency (for now, only Bitcoin and ether).

In one sense, BNY Mellon is very late to the crypto party; obviously millions of consumers already entrust custody of Bitcoin and other cryptocurrencies to upstart places like Coinbase and Robinhood. Omid Malekan, an author and consultant who teaches cryptocurrency at Columbia Business School, told FIN the bank’s late 2022 entry into crypto is “a pretty damning reflection of the industry.”

And yet, a 238-year-old financial institution like BNY Mellon is a very different creature from, say, Robinhood.

It is one of eight US-based banks deemed by regulators to be “global systemically important” (the others are JPMorgan Chase, Citigroup, Bank of America, Goldman Sachs, Wells Fargo, Morgan Stanley and State Street). These giants have higher capital requirements and face greater regulatory scrutiny than smaller, newer banks and financial institutions. Their larger customers are institutional investors (such as pension funds) that are often severely constrained in the types of risk they can take; many are prohibited from taking their own custody of cryptocurrencies, which of course individuals can do.

That’s exactly why BNY Mellon’s move into digital assets is such a big deal. There’s no question that there is ample demand for crypto investing among institutional players, despite a year’s worth of falling prices and disasters like the $40 billion Terra Luna explosion; if anything, bad publicity about crypto hacks and scams makes BNY Mellon more attractive to major investors. With its announcement, BNY Mellon also issued a survey of 271 heavy hitters (pension funds, sovereign wealth funds, asset managers, hedge funds) and about three-quarters of them said they would like to trade digital assets with a trusted institution alongside their more traditional assets. It seems inevitable that the other big banks will offer similar services soon; “it’s only a matter of time,” Malekan says.

Not everyone, however, is happy. It’s hard to avoid at least a little sympathy for crypto pioneer companies now being Bigfooted by a bank with $43 trillion in assets under custody. The Wyoming-based digital assets bank Custodia seems especially bent out of shape. FIN readers will recall that back in June, there was a charged battle over whether a Colorado-based, politically connected bank called Reserve Trust deserved the “master account” that the Kansas City Federal Reserve had granted it (a master account gives a bank direct access to the Fed’s payment system). First the Fed denied Reserve Trust’s application, then it approved, then under Congressional fire it apparently revoked the license (Reserve Trust no longer appears to have a functioning Web site).

Those revelations caused Custodia to sue the Federal Reserve Bank and the Kansas City Fed, arguing that the Fed’s “patently unlawful delay” in reviewing its application has harmed its business. The Fed has fairly broad discretion to decide whether or not to grant a master account to institutions that don’t automatically have them, but there is no obvious rationale for refusing to act at all over what is now two years since Custodia first applied. The lawsuit points to a federal statute that plainly sets a one-year deadline, and accuses the Fed of “government-in-secrecy” that benefits the entrenched financial institutions represented on the Fed board. Several Republican lawmakers and the state of Wyoming have filed amicus briefs supporting Custodia. The Fed has not commented on the suit, but has claimed in court filings that Custodia’s systems “potentially have implications for the stability of our nation’s payment system.”

That argument is hard to sustain in the wake of this week’s news; even if a tiny bank like Custodia went bankrupt it wouldn’t disturb the American banking system. Perhaps unsurprisingly, the news that BNY Mellon is now in the crypto custody business stirred Custodia to complain anew. The company’s argument is: If crypto custody and trading are safe enough for BNY Mellon, why not for Custodia? The Fed “has one rule for innovators like Custodia Bank, and another for the nation’s oldest bank,” a Custodia representative told CoinDesk, and added a petition to its existing suit,

BNY Mellon did not respond to a request for comment on the Custodia action.

Eventually, the Fed will establish a more transparent system for awarding master accounts, but in the meantime the sense that government regulators are playing favorites will not disappear. 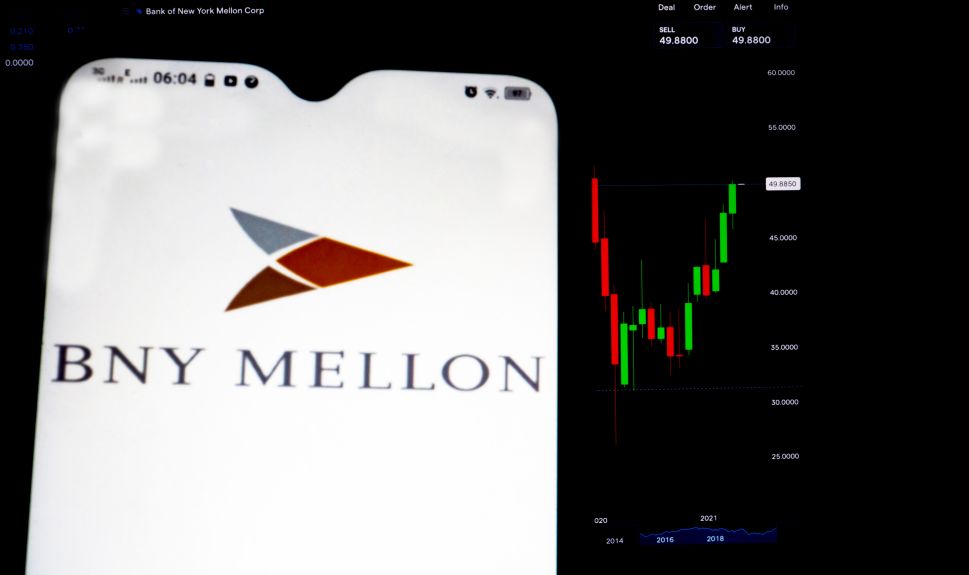