Cate Blanchett won the Best Actress award at the Venice Film Festival for her trenchant, offbeat portrayal of fictional composer-conductor Lydia Tár in the unconventional biopic Tár. The praise for her tour de force performance is entirely justified. Watching her chew the scenery for almost three hours is a revelation. Watching her do it in a film of such relentless incoherence is an exhausting ordeal that faces dubious success at the box office. Rarely have I seen a movie so simultaneously beautiful to look at yet audience-resistant, populated by polished professionals searching for truth in the one-dimensional characters they play, or one written with such enormous precision that turns out to be such an empty, incomprehensible bore. Tár is the first film in 16 years written, produced and directed by Todd Field. From his debut feature in 2001, the brilliant and sobering domestic drama In the Bedroom, with Sissy Spacek and Tom Wilkinson, his work has been sporadic but his films have been astonishing, heartbreaking and unforgettable. Not this one.

So much passion has been distilled in the character of Lydia Tár that you want to like her more, and Ms. Blanchett milks the character’s contrasting quirks bone dry, but without a worthy script, she’s pretty much on her own. Lydia Tár is a world-famous musical prodigy and rare EGOT winner—Emmy, Grammy, Oscar and Tony awards—who travels back and forth between New York, where she teaches at Juilliard, and Germany, where she conducts the Berlin Philharmonic and lives in a palatial apartment with her lover Sharon (Nina Hoss), the orchestra’s first violinist, and their adopted daughter Olive. Olive is being bullied at school, where Lydia menaces and threatens her daughter’s bully. She calls herself a “U-Haul lesbian,” but we have no idea where Lydia’s child came from or what she means to the emotionless, indifferent Lydia.

Balancing gender equality with sexual misconduct in the age of social media, Lydia epitomizes the fame and accomplishments of a woman conductor in a man’s profession. She has a Porsche, a private plane, homes on two continents, and an addiction to Mahler that is on the verge of renewed international attention as she plans the release of her long-anticipated recording of his Fifth Symphony. Her story unfolds with desperate slowness as she rehearses her musicians, fires a long-time cellist who she feels has outlived his importance, and holds meetings in posh restaurants and cocktail lounges with other musicians, prattling on about Mahler’s symphonies, Elgar’s Cello Concerto in E Minor and Bach’s Mass in D Minor like she’s exchanging opinions about karaoke. There’s never a dull moment with Ms. Blanchett’s measured performance to keep you focused. It’s impressive to a point, but too many loose ends deny the star a rational thread to hang onto.

Tár is a musical marvel, changing moods as often as fashionable people change their shoes. But while she has power and influence, none of her accomplishments satisfy her ego or give her inner peace. She’s a sadist, humiliating men and manipulating women without any real feelings. Her love affair with Sharon is a shambles of eroded affection. Her assistant Francesca (Noemie Merlant), who has musical ambitions of her own, regards her boss with adoration, fury and resentment, eventually disappearing after Tár refuses to advance her career when a new position opens in the orchestra. Instead, Lydia succumbs to the charms of Olga (Sophie Kauer), the Russian cellist she hires for the string section over the disillusioned Francesca as much for the sexy allure of her blue suede boots as for her talent—signaling both a future threat and potential new love affair.

As Lydia embarks on a worldwide book launch and concert tour, a new crisis erupts with the suicide of a writer on the eve of publishing a scathing article aimed at destroying the conductor’s reputation. Just when the film is beginning to come alive somewhere besides the concert stage, the writing and direction trail off into oblivion, stranding Ms. Blanchett in mid-trajectory. To make matters even worse, the dialogue is often so muted it’s incomprehensible. Whole scenes pass through the truncated narrative like toothpicks through the holes in a wheel of Swiss cheese. As the film progresses to a blank conclusion, so does Lydia Tár’s mental disintegration. Her ultimate collapse, when she physically attacks her own orchestra onstage, is especially harrowing. Her conducting is savage (her mentor was Leonard Bernstein), and Ms. Blanchett plays her own piano and speaks fluent German, both astonishingly well. My unquenchable dedication to her intelligence, maturity and control of craft remains undaunted, but so much of the plot is missing that her colossal histrionics lack the dramatic impact they deserve. It’s an abstract work about the dichotomy of genius and the corruption of power, but it’s so vague about Lydia’s split personality (monster or humanitarian?) that it fails to provide even a simple denouement. 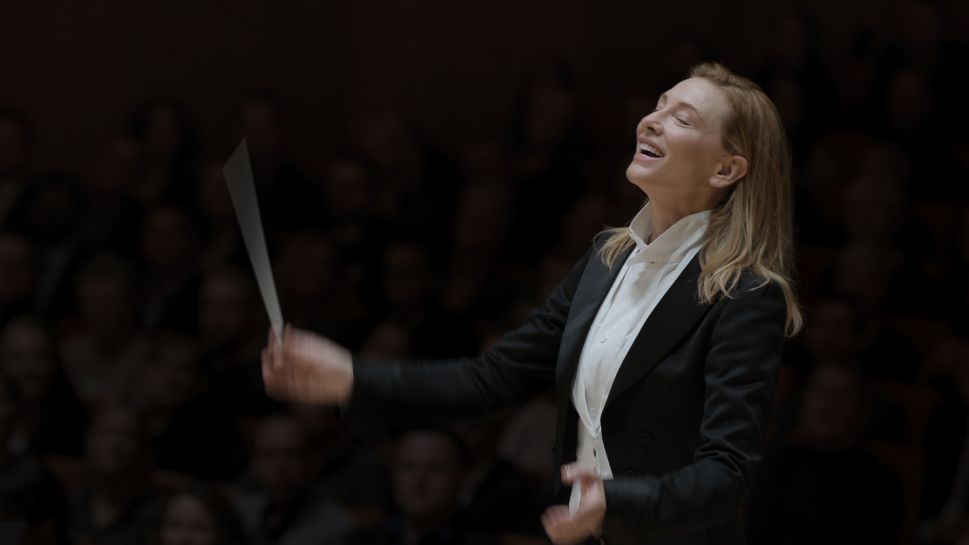