James Gray’s Armageddon Time is the kind of movie you get when a talented filmmaker thinks back upon the painful moments of his childhood and then, after close reflection, decides to remake The 400 Blows.

Set in Queens during the fall of 1980, the film hits so many notes of the New Wave masterwork you half expect François Truffaut to get a co-screenwriting credit.

Both movies kick off with the lead character getting busted for a malfeasance by an overly officious teacher and being made to stand in front of the class as punishment. From there, our protagonist and his buddy skip school and joyously run through the streets, just like Antoine Doinel and his friend all those years ago. There’s the hero’s interview with a child psychologist. There’s even a child’s heist that runs in parallel— in The 400 Blows it’s a typewriter; in Armageddon Time it’s a different sort of word processor, a state-of-the-art Apple II.

The main deviation in this movie is that while Antoine paid a steep price for the mischief he undertook, Paul Graff, Gray’s sixth grade alter ego gets off scot-free. Instead of time in juvie, Paul (played with remarkably intuitive sensitivity by Banks Repeta) is burdened with a discomfited conscience, a healthy distrust of authority, and an idea for a movie.

Johnny Davis, Paul’s African-American best friend from PS 173 and occasional partner in crime (played by Jaylin Webb with an emotional acuteness equal to Repeta’s), is not as fortunate. Ruthlessly picked on by his teacher, harassed by police, and on the verge of homelessness, Johnny is exactly the kind of kid to fall through the cracks in what will soon become Reagan’s America—the former California governor’s campaign and eventual election plays on TV in the background of Paul’s rambunctious household.

There is something a little hollow and off-putting about the manner in which Gray frames Johnny’s unfortunate fate at the hands of a racist system—either hostile or indifferent to his plight—as an opportunity for Paul’s personal growth. Johnny, obsessed with the Apollo missions and the Sugar Hill Gang, deserves to be more than a cautionary tale and a guilt trip.

But Armageddon Time is a movie where few of the characters seem to exist when they are outside of Paul’s purview. To Gray’s and Repeta’s credit, Paul is a richer character than the wide-eyed ray of sunshine (picture young Buddy in Kenneth Branagh’s Belfast). Indeed, he’s a bit of a jerk, relentlessly tormenting his mother (a wonderful Anne Hathaway), refusing to stand up to classmates who use racial epithets, and hardly paying attention when his beloved Grandpa (a tender and graceful Anthony Hopkins) shares stories of the horrors endured by his Jewish ancestors.

As one has come to expect from Gray—who has spent most of his career telling stories set within the five boroughs (The Yards and We Own the Night) before heading out for distant horizons (The Lost City of Z and Ad Astra)—the craftwork on Armageddon Time is superlative. From the fine-grain autumnal camera work of the great DP Darius Khondji to the contemplative guitar-based score by longtime Gray collaborator Christopher Spelman, every element seems calculated to give the film a patina of pain and regret. Particularly evocative is the sound design—the clanking trains and constantly landing planes—which makes it feel like the city is encroaching on and containing these characters.

We are living in a what is undoubtedly a golden age of filmmakers making movies about their formative years. In 2022, there has been Richard Linklater’s touching Apollo 10 ½: A Space Age Childhood and perhaps the best film of the year, Charlotte Well’s masterly freshman effort Aftersun. We will also soon have Spielberg’s The Fablemans, which many prognosticators predict will be a major player come awards season. Last year, there was Branagh’s somewhat empty Belfast along with the second of Joanna Hogg’s transcendent Souvenir movies. These are all the sons and daughters of Alfonso Cuarón’s remarkable and haunting Roma.

Just as its constant echoes of 400 Blows reveal Gray’s latest movie to be measured and calculated—while Truffaut’s film feels written by lightning—so does it falter in comparison to the choicest examples of this latest sub-genre. The best of these films are honest like this one—yes, it was not uncommon in this era to have parents beat the crap out of their kids as Jeremy Strong’s father does here—but also curious, engaged, and investigatory.

This is where Armageddon Time falls short. It may be brave to show the profound faults of young Paul’s lack of empathy at a time when he didn’t know any better, but it is high time to fill that gap and show the world beyond his limited circumstance. 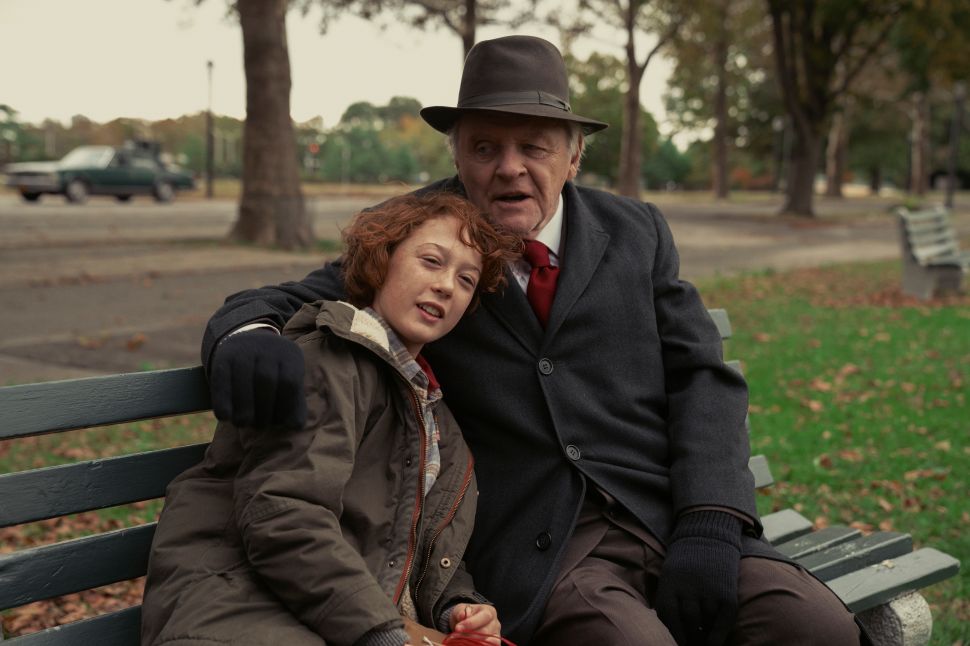